Journalism found guilty – of being too free

The Royal Charter debate is based on the myth UK journos need taming. 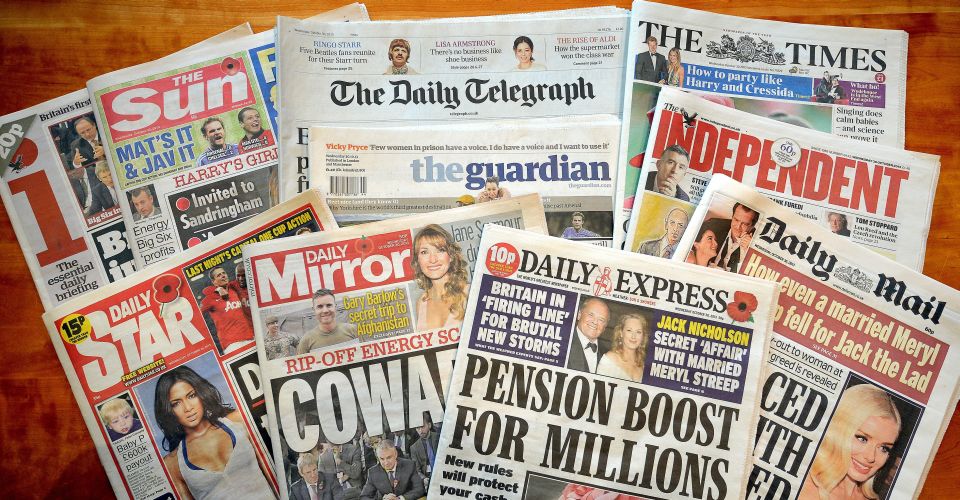 As the trial of two former News of the World editors for alleged phone-hacking began this week at London’s Old Bailey, the judge told the jury that ‘the defendants are on trial but British justice is also on trial’. Mr Justice Saunders warned jurors not to look at the new issue of the satirical magazine Private Eye, because its front cover features ‘a joke in exceptionally bad taste’ involving one of the defendants, Rebekah Brooks. Police even tried to have copies of the Eye removed from sale outside a tube station near the court.

Across London at Buckingham Palace, meanwhile, Her Majesty’s Honourable Privy Council – the fancy title for a private cabal of government ministers – rubber-stamped the plan to underpin a new press regulator with a Royal Charter and statute. The queen then applied her seal to the deal, which was cooked up by leaders of the three main political parties over their infamous 2am pizza with Hugh Grant’s Hacked Off lobby. Thus was 300 years of history ended, not with bang but with a wave of the royal hand, as politicians seek to impose the first system of state-backed regulation since the despotic and despised Crown licensing of the press lapsed in 1695.

The defendants and ‘British justice’ might be on trial at the Old Bailey over the coming months. It is British journalism, however, that has been on trial for more than two years, since the phone-hacking scandal exploded, the News of the World was closed, and the government set up the Leveson Inquiry into the entire ‘culture, ethics and practices’ of the UK press.

That inquiry was effectively a showtrial, in which the tabloid newspapers were found guilty before proceedings even began and the phone-hacking scandal was used as a pretext to try to purge the popular press of everything that the great and good deem ‘exceptionally bad taste’. All that remained to be decided was the sentence. Last November, Lord Justice Leveson produced his 2,000-page judgement on the press (reading all that legalese was surely punishment enough).

The judge having sentenced the press to be restrained by a system of statutory-backed regulation, the politicians have now finally tried to execute that sentence at the Privy Council meeting attended by Liberal Democrat deputy prime minister Nick Clegg, Tory health secretary Jeremy Hunt, Tory culture and media secretary Maria Miller and somebody called Lord McNally of Blackpool, who is apparently not only a Lib Dem peer but also the justice minister.

Bizarrely, a government spokesman sought to portray this ratification of state interference as a victory for press freedom: ‘A Royal Charter will protect freedom of the press while offering real redress when mistakes are made. Importantly, it is the best way of resisting full statutory regulation that others have tried to impose.’

In fact nobody, not even Hacked Off, has publicly demanded ‘full statutory regulation’ – that is, state control of the press. (Not yet, anyway.) But the notion that an ‘independent’ regulator backed by Royal Charter is a more liberal option than one backed by statute, as proposed by Leveson and Labour, distorts the truth further than any tabloid hack would dare. If anything, such a measure could be even worse than parliamentary legislation. A Royal Charter imposed by Crown prerogative and overseen by the Privy Council smacks of the autocratic, unaccountable affairs of the Middle Ages, when democracy was a dirty word. And it will be backed by statute anyway, with new laws to give the courts power to impose ‘exemplary’ damages and costs on publications which refuse to sign up to the ‘voluntary’ system.

The old system of Crown licensing of the press was designed to stop the masses reading and hearing that of which the king and Privy Council disapproved. Charles II appointed an official censor, Roger L’Estrange, who hated new-fangled newspapers that made ‘the Multitude too Familiar with the Actions and Counsels of their Superiors’, and gave them ‘an itch…to be meddling with government’. L’Estrange published two government-approved newspapers and hammered those who championed a free press. As late as 1663, a printer who defied the Crown monopoly was hanged, drawn and quartered.

Exactly 350 years later, today’s more civilised politicians still share that fear and loathing of ‘the Multitude’ and an insolent popular press. The difference is that they want to use the ancient powers of the Privy Council, Crown prerogative and the Royal Charter merely to have the popular press sanitised and lobotomised, rather than put to death.

What the immediate practical effect of all these constitutional shenanigans will be remains to be seen. The situation right now looks like organised chaos. On one side, the politicians have endorsed a royal charter to underpin a new independent press regulator. On the other side, major newspaper publishers have published detailed plans for their own independent regulator which, they say, will not sign up to the politicians’ charter. They failed in an eleventh-hour legal challenge to the Privy Council decision. The political parties announced various minor concessions at the last minute to try to get the industry on board, but the final outcome of their negotiations remains uncertain. All that seems clear at the moment is that the big winners will be the lawyers.

In a broader sense, however, the final details of the regulation system are not the most important thing. What matters more is that the press has been found guilty of running amok, and the need further to restrain it has been accepted. Even the newspaper groups’ proposed regulator, while rejecting the principle of state interference, swallows many of the ‘Leveson principles’, up to and including possible million-pound fines for miscreant publishers.

Yet as spiked has argued from the first, the ‘Leveson principles’ are part of the problem, not the solution. They are based on the myth that the British press has been too free, and needs to be tamed. From the moment that the Leveson Inquiry was announced by the prime minister, David Cameron, in July 2011, it was clear that the outcome of that showtrial would be a disaster for press freedom. It is a pity so many who should have known better naively went along with the state-backed inquisition, apparently only realising too late that the state will ‘support’ a free press as a rope supports a hanging man.

Even at this late hour, it cannot be said too often or too loudly that the UK press was already neither free nor open enough, even before anybody had heard of Leveson, Royal Charters or recognition panels. Press freedom is constrained by dozens of laws, and by a powerful conformist culture of You Can’t Say That. The argument needs to be made far more forcefully that freedom of expression and of the press remains not only the lifeblood of a civilised society, but also an indivisible liberty. We have to defend it for all, or for none at all. The ultimate responsibility of a free press is to publish and be damned, without needing to pass a test set by politicians, judges, lobbyists, Her Majesty’s Honourable Privy Councillors or anybody else.

The audience needs to be broadened out as well as the argument. Too much of the debate about press regulation has been an elitist closed shop, from the Leveson Inquiry to the politicians’ private machinations and the appeal to judges or the Queen to reject the Royal Charter. The mass of the people whose liberty to read, watch, know and judge for themselves is on the line here have been treated as passive spectators. Yet the only body with the right to judge what is in the ‘public interest’ should be the public itself.

Whatever happens in the particular phone-hacking and other related trials now beginning, it is clear that the great and good have found trouble-making journalism guilty and sentenced it to be restrained. Let the cry go up – Free the UK Press!