The cult of leaking reflects and reinforces the death of democratic politics. 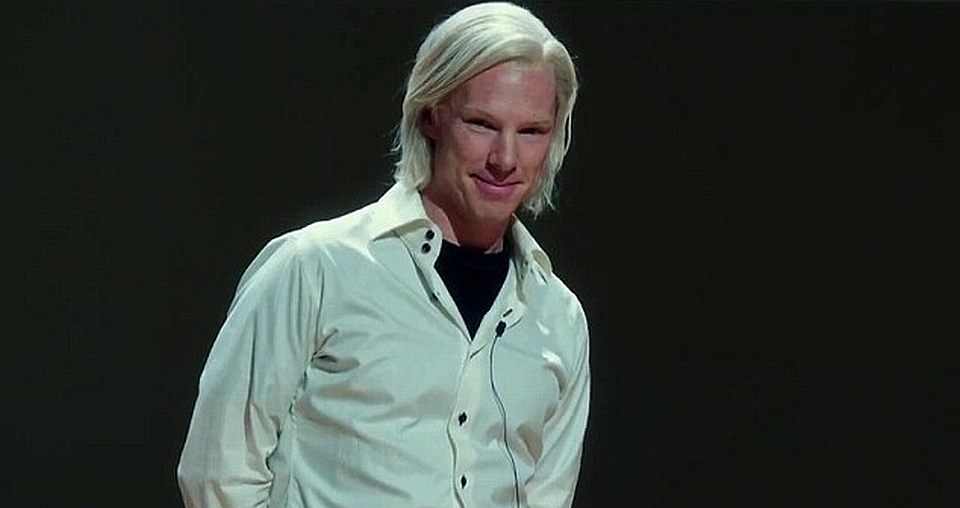 There’s a bit in The Fifth Estate, the new movie about Wikileaks, where Julian Assange, brilliantly played by a slimy, sweating, heavy-breathing Benedict Cumberbatch, says the following: ‘If we could find one moral man, one whistleblower, someone willing to expose secrets, that man could topple the most powerful and most repressive of regimes.’

That line – which is pretty true to life, having been stitched together from various utterances made by the actual Assange – sums up everything that is wrong with today’s cult of leaking. It captures the white saviour complex that lies at the heart of the Wikileaks worldview, where it’s assumed that the world of politics is now so venally corrupt, and the plebian hordes who make up national electorates so blissfully ignorant, that we require ‘one moral man’, a secular Christ, a Moses of the internet age, to prise open the public’s eyes to Reality.

The Fifth Estate is a strange film. It tries to turn the relationship between Wikileaks and the Guardian, who joined forces in 2010 to publish both US defence logs relating to the Afghan War and various communiques between Western officials, into a fast-paced thriller. It is a testament to the skills of the director – Bill Condon – that it is actually quite successful on this front. But every now and then you’re reminded that you are watching the reenactment of journalists from Britain’s most respectable and right-on newspaper having meetings with internet geeks from Australia and the whole Bond/Bourne vibe becomes ridiculous. No amount of dramatic music or darting camera shots can make Nick Davies picking up a memory stick from Julian Assange at a posh cafe in Belgium seem especially thrilling.

Davies, the Guardian‘s chief investigative reporter, played here by David Thewlis giving a masterclass in how to do smug, is the most unwittingly comical character in the movie. True to life he wears a leather jacket – because he’s so anti-establishment, people! – and he barges into editorial meetings at the Guardian uninvited. I think this is meant to symbolise an edgy disregard for rules. Certainly the paper’s editor, Alan Rusbridger (Peter Capaldi), and his then deputy Ian Katz (Dan Stevens, LOL) seem aghast at Davies’ door-opening, office-entering antics. Davies’ character also rages against ‘churnalism’ – where hacks passively regurgitate press releases rather than get off their arses and find a story – which is profoundly, hilariously ironic since, as the film inadvertently makes clear, the Wikileaks-Guardian hook-up was ‘churnalism’ of the highest order.

Having graciously received from Assange a memory stick of documents, in the same passive way that other journalists receive press releases from corporations, our brave, Bourne-like Guardian reporters then take it back to their offices and, er, churn through it. They scour for interesting snippets of info about the Afghan War, doing word searches and name searches, basically mining a massive pile of leaked memos in search for something, anything, eye-catching. Journalism doesn’t get more passive, uncritical or undaring than that. There is barely a cigarette paper’s difference between the hack who waits for a PR-hungry institution to hand him some copy and the hack who waits for Assange or some other whistleblower to hand him ‘The Truth’ – in both cases the old role of the journo as active pursuer of truth is supplanted by a new kind of journalist that is a passive, grateful, office-bound recipient of information from on high.

The core of the film is the eventual falling-out between the Guardian and Assange. Our intrepid receivers of memory sticks start to worry about Assange’s narcissism, which is weird considering that, to its credit, the film shows Davies saying the following to Assange in the early days of their hook-up: ‘We are going to put you on the moral high ground, up with Nelson Mandela and Mother Teresa.’ Davies really did say that. It’s reported in the Guardian’s own book on its tryst with Wikileaks. If Assange really has become a self-regarding weirdo with a Messiah complex – and I’ve no doubt he has – then it isn’t hard to see why: he was treated as godly, as a revealer of truths and slayer of empires, by the Guardian and his other early fawners, who promised ‘We are going to put you on the moral high ground, so high that you’ll need an oxygen mask’. They made him Christlike, so there’s no point them complaining now about the fact that he behaves like an annoying little Christ.

What is striking about the Guardian’s loss of faith in Assange is that it wasn’t fuelled by a realisation that it is daft to rely on ‘one moral man’ to reveal unto newspapers and the rabble who reads them the truth about our world. On the contrary, the Guardian has lately found another informational messiah, one Edward Snowden, a former employee of the US National Security Agency who leaked info about surveillance programmes. Like Assange before him, Snowden is now treated as a lone man of conscience who might ‘topple the most powerful and most repressive of regimes’. Snowden’s serene face is often plastered massively across the Guardian’s front page, his every revelation and utterance reported with embarrassingly supine gratefulness. He’s the liberal set’s new white saviour.

The borderline religious bent to the cult of the whistleblower is captured in a book published this year tellingly titled The Passion of Bradley Manning. It describes Manning, the soldier who leaked the Afghan war logs to Assange, as ‘an icon and martyr’. It compares him to St Thomas Aquinas, claiming he embodies Section 158 of Aquinas’s Summa Theologica, which calls for ‘righteous anger at injustice and evil’. It says there is widespread ‘wilful ignorance’ in the world today, notably among ‘those without formal schooling’, but also in the upper echelons of government, and there is a ‘paucity of public-spirited citizens’. In such circumstances, apparently we need ‘whistleblowers, the Enlightenment true believers… who would “speak truth to power”‘.

This is the cult of the whistleblower in a nutshell. The cult is premised on the idea that the public is fundamentally ignorant. And apparently it falls to those with access to insider info to enlighten our small, unseeing minds. Who are these insiders? They tend, inevitably, to be white, middle-class and well-connected, given that those are the kind of people likely to get cushy jobs in government departments or security agencies where ‘The Truth’ apparently lurks, and they tend to pass this ‘truth’ to other white, middle-class folk, like Nick Davies and Alan Rusbridger, famous for writing a book about playing the piano. Thus do we see the emergence of a deeply paternalistic form of radicalism, in which it is assumed that the a tiny elite who are in the know, possibly just ‘one moral man’, must save the ‘wilfully ignorant’ mob.

Towards the end of The Fifth Estate, Davies’ character describes himself and some Wikileakers as a ‘few brave souls’ willing to expose the truth. He compares them to the ‘few brave souls’ who a few hundred years ago broke the rule against reporting what was discussed in the UK parliament. He’s referring to the likes of John Wilkes, the firebrand tabloid journalist and radical who in the eighteenth century took great risks to report on parliament. Such a self-flattering comparison would be cute if it wasn’t so outrageous. It’s outrageous for three reasons:

1) The writers who shook up British politics in the eighteenth century by daring to report on parliamentary affairs both tapped into and further inflamed a mass public thirst for greater suffrage and liberty, as Mick Hume points out in his book There Is No Such Thing As A Free Press… And We Need One More Than Ever. They were in many ways the facilitators of, or certainly they represented the spirit of, the beginnings of mass rumblings for democratic rights. Indeed, thousands rioted for Wilkes’ right to write and besieged parliament to demand greater liberty. In stark, staring contrast, today’s cult of leaking is built upon the rubble of democratic politics, on an elitist dearth of trust in the man in the street and a misplaced faith instead in wise men who must enlighten us. Actually, Wikileaking has more in common with the old censorious parliamentary gatekeepers who saw it as their role to tell the dumb public only what they apparently needed to know than it does with Wilkes’ brilliant blow for the public and for freedom.

2) Wilkes and others took enormous personal risks when they reported on parliamentary and also royal affairs. They risked incarceration in the Tower, even death. Today’s ‘few brave souls’ at the Guardian risk precisely nothing, except maybe exhausting the Guardian’s expenses account through all the tasty lunches in Europe they have with moral men in possession of memory sticks.

3) Wilkes and others were tabloid men and proud of it. They published scurrilous, often only half-true titillating material, alongside their more political stuff. You know where they’d have ended up today? In the dock at Leveson, a modern-day Star Chamber brought into existence by the Guardian, effectively, to sit in judgement on the tabloid press. For Nick Davies, midwife of this modern witch-hunt of the tabloid press, to compare himself to John Wilkes, that old tabloid hero who did so much to rile respectable opinion, requires chutzpah on an industrial scale.