Loathed and leaderless in Washington DC

As the shutdown rumbles on, the depth of America's political crisis becomes clear. 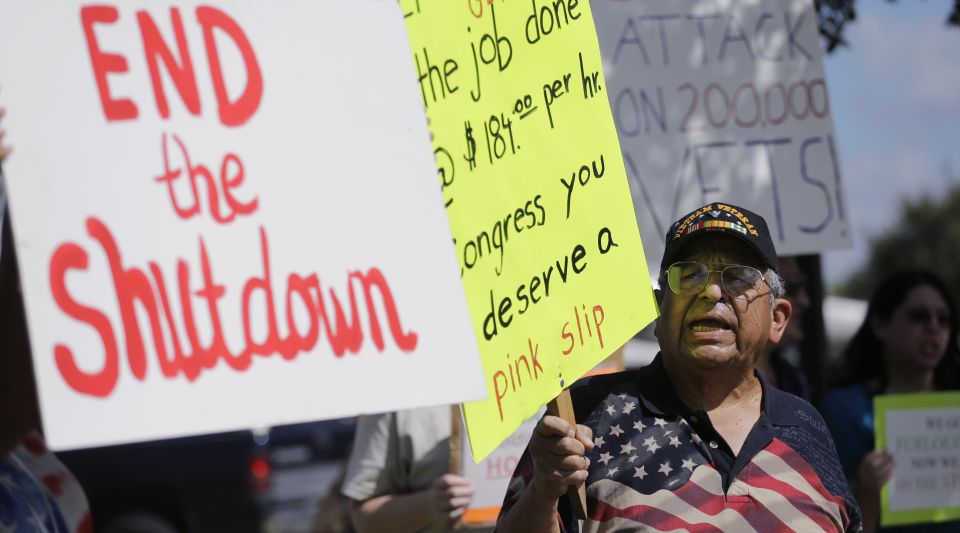 The US government shutdown will enter its fourteenth day on Monday, and the debt-ceiling deadline is on Thursday. Both political parties continue to blame one another. Some Democrats and their supporters, in particular, believe they are ‘winning’ because certain polls, such as last week’s NBC/Wall Street Journal poll, show that more Americans blame the Republicans for the stand-off than the Democrats.

This view is myopic. Whether one party or the other gets the lion’s share of the blame misses the fact that neither side has distinguished itself in the latest conflict. The public held a negative view of the political class as a whole before the shutdown – and now many of us have an even lower opinion of them.

As an Associated Press-GfK poll found, Americans ‘placed the brunt of the blame on Republicans but [found] no one standing tall in Washington’. AP added: ‘There’s plenty of disdain to go round.’ The approval rating for Congress – that is, both parties – reached an all-time low of five per cent (yes, five per cent!).

A different NBC/Wall Street Journal poll this past week – on public confidence in the parties – also captured the bigger picture. The poll found that for the first time a majority – 60 per cent – of Americans would defeat and replace every member of Congress if they could. That’s a clear vote for ‘throw all the bums out’. Nearly half do not identify with either party.

Here’s an anecdote that highlights what is happening today: If you drive around America’s suburbs this week, you’ll see signs in people’s yards for local government candidates who will be up for election in early November. The candidates are mostly standing on Democrat or Republican tickets, but you won’t know that from the posters, which do not disclose the party; the candidates simply do not want to be associated with a party. Whereas signs used to be red, white and blue, like the American flag, you now see green, yellow, maroon, and various colour combinations, which is a clear indication that candidates are running as far as they can from Washington.

Moreover, Americans’ disdain for their elected representatives reflects broader pessimism about politics. Again, the NBC/Wall Street Journal poll on public confidence found that 78 per cent believe the country is headed in wrong direction – a record high. That level of disenchantment – nearly eight in 10 – is unheard of at a time when there is neither an economic crisis (sure, growth is not great, but it has stabilised) nor a war. Indeed, whereas in the past we often saw an economic crisis leading to a political crisis, today this seems reversed: the biggest obstacle to economic progress is the stagnation in politics.

It is not an overstatement to say that there is a genuine political crisis in the US. No, it’s not the kind of crisis that blows up over a single event (not even events like a government shutdown or debt-ceiling vote). It is rather a steady erosion of public support for, and trust in, political parties and elected officials, and it’s a process that shows no signs of letting up.

As we head towards Thursday’s debt-ceiling deadline, the conventional wisdom is that Congress and the White House will reach a deal that will raise the debt limit, and possibly halt the shutdown, for a few weeks or months. As always, there will be talk of winners and losers. But the real underlying crisis in political leadership will not be resolved by patchwork deals and hollow declarations of victory.