‘The message is that all our problems are in our brains’

Joanna Moncrieff talks to spiked about the myth that we’re all mentally ill. 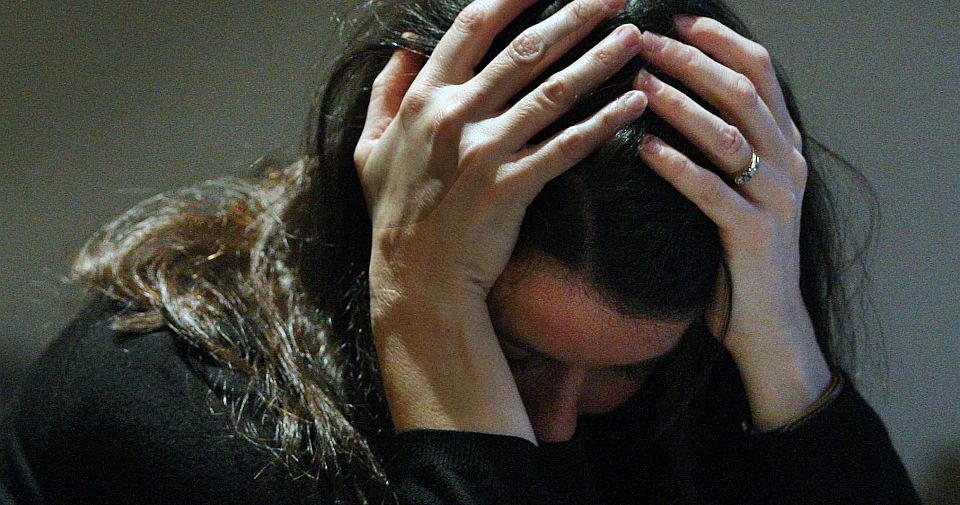 ‘I think that psychiatry as an institution is based on a fundamental misconception: that mental illness is a real, physical bodily illness. I don’t think it is. That is not to say there isn’t a role for some sort of medical intervention – some drug treatment can be useful in some circumstances. But I think it’s important to use those drugs very carefully and very knowledgeably.’

And there’s the rub for Joanna Moncrieff, a senior lecturer at University College London and a practising consultant psychiatrist. Antipsychotics, the drugs used to treat people suffering from some forms of psychosis, are neither being used carefully nor knowledgeably. They are, she tells me, increasingly being given to people enduring little more than the ‘ups and downs’ of life – a diagnosis which could apply to ‘absolutely anyone’.

As Moncrieff explains in her enthralling sequel to The Myth of the Chemical Cure, The Bitterest Pills: The Troubling Story of Antipsychotic Drugs, the almost all-purpose prescription of antipsychotics for what amounts to everyday emotional distress is a new phenomenon.

In the 1950s, when the first antipsychotic, chlorpromazine, came into psychiatric use primarily in France and then, thanks to drugs giant Smith Kline, in the US, its principal clinical object was schizophrenia (which is itself a disputed diagnostic category). But this was not why chlorpromazine was developed. Initially, chlorpromazine had been synthesised as an antihistamine, then as an anaesthetic, and then as an anti-sickness agent. It was two Paris-based psychiatrists, Pierre Deniker and Jean Delay, who, having used the drug on patients in various states of agitation, realised that its dulling effect could be useful in dealing with people enduring a severe psychotic episode. As British psychiatrist David Anton-Stephens noted in 1954, chlorpromazine induced ‘somnolence’ and ‘psychic indifference’ in its human subjects.

Indeed, as Moncreiff tells me, this is why antipsychotics are useful: ‘They seem to create a state of neurological inhibition, they slow down thinking and they flatten out emotion. Those effects, while unpleasant, can be extremely useful for someone who is very acutely psychotic, and totally preoccupied by psychotic experiences and psychotic ideas. A bit of dampening of mental processes in that situation can allow people to think more normally.’

But something shifts in the perception of antipsychotics during the 1960s and 1970s. Hitherto, antipsychotics had been seen as psychoactive agents: they acted on the central nervous system and produced changes in perception, consciousness and behaviour, much as alcohol or LSD do, irrespective of whether the human subject was deemed to be suffering from a mental disorder or not. But gradually, the sense of what antipsychotics actually did changed. The psychiatric profession began to present them as the psychiatric equivalent of penicillin, a biomedical treatment which addressed an underlying mental abnormality. That is, they corrected a so-called ‘chemical imbalance’. They were no longer drugs, they were cures for a disease.

The transformation of the perceived role and effect of antipsychotics was entwined with the general transformation of psychiatry as a whole. After all, ever since the superintendents of lunatic asylums identified themselves as a profession during the nineteenth century, psychiatry, appearing to be more about explicit social control than medical treatment, had been on the defensive. The use of physical treatments such as electroconvulsive therapy during the interwar years had helped psychiatry position itself closer to mainstream medical institutions, as a means of treatment rather than control – but by the 1940s, as Moncrieff notes, medicine was identified more than anything with drugs (penicillin being the main one). Psychiatry needed its equivalent to antibiotics. Hence the name given to the emerging drugs by Heinz Lehmann in the late 1950s: antipsychotics. ‘Thus the new drugs’, writes Moncrieff, ‘helped bring psychiatry further into line with existing medical practice, and contemporaries expressed their delight that the drugs made “the mental hospital a medical institution in the minds of the public”‘.

With the publication of the third edition of the Diagnostic and Statistical Manual of Mental Disorders (DSM) in 1980 – which purged social psychiatry and psychoanalysis from the annals of psychiatry – the ‘remedicalisation’ of psychiatry, in which discrete disease entities were to be treated with specific interventions, had been secured. Antipsychotics were now to be celebrated as a disease-specific cure, rather than grasped as general psychoactive agents.

So what is going on? Why are there so many more people being given a diagnosis that demands the prescription of powerful antipsychotics?

Moncrieff is quick to answer: ‘That’s an easy one – it’s the pharmaceutical industry. The new range of antipsychotics started to appear on the market in the 1990s, and the first target was to get the new drugs to replace the old antipsychotics used to treat people with severe disorders like schizophrenia. Once that had been achieved, the pharmaceutical companies started looking for new markets for these drugs. And that is when they started trying to expand the definitions of schizophrenia and psychosis to try to pull more people into the diagnostic ambit of those serious conditions. And this was done partly by the transformation of one diagnosis in particular: bipolar disorder.’

Given the eagerness on the part of too many people to proclaim themselves ‘bipolar’, Moncrieff’s description is illuminating: ‘Twenty years ago, bipolar disorder used to be known as manic depression. It was a very serious condition which almost always led to the sufferer ending up in hospital when they had an episode. But it has been transformed over the last few years into something which consists of mood variability – of ups and downs – and which could therefore apply to absolutely anyone.’ Little wonder pharmaceutical companies were so keen to gain a licence to use antipsychotics to treat this changing version of bipolar disorder: ‘It enabled them to market the drugs to anyone who has suffered ups and downs.’ That is a pretty big market.

But as compelling as Moncrieff’s critical history of antipsychotics is, foisting all the blame on the pharmaceutical industry almost seems a bit of a cop-out. She is not alone, of course. Big Pharma, to use the pejorative, is a regular target of those looking for something on which to hang their all-encompassing reason for why things are as they are, their pet conspiracy theory. But, like all conspiracy theories, it’s just too easy, too simplistic, to explain our medicalised, drugged-up woes in terms of the profit motive of a few pharmaceutical companies.

Besides, the dates themselves fail to substantiate a simple cause-and-effect narrative. As Moncrieff notes in The Bitterest Pill, antipsychotics manufacturers become interested in the bipolar market in the late 1990s, with atypicals such as Eli Lilly’s olanzapine only seeing the light of day in 2000. Yet the tendency for increasing numbers of people to seek a medical diagnosis for increasingly mundane states of mind began to emerge during the early 1990s. Elizabeth Wurtzel’s era-defining Prozac Nation, for instance, was published in 1994. Before that, it’s worth noting that the social critic Christopher Lasch had identified a new, increasingly dependent, affirmation-yearning, therapy-seeking personality type in The Culture of Narcissism published in 1979, a theme which was later developed by Wendy Kaminer in her 1993 book, I’m Dysfunctional, You’re Dysfunctional. So while there’s little doubt that pharmaceutical companies are exploiting a very contemporary tendency to seek external medical treatment for emotional problems, they are not instigating this trend, they are at most exacerbating it.

A better way to grasp what is going on is to ask what people used to do before they sought a prescription. How did people deal with distress in the past, how did they cope with the vicissitudes of life? ‘Well, religion was one way’, Moncrieff explains. ‘People turned to religion for some explanation for their suffering. Religion allowed people to externalise their suffering, to put it somewhere else. But people also turned to community, to friends, to family. People in times past probably had more support during periods of distress from those sorts of sources. So that is another reason why people are so keen to turn to medicine and to medicalise problems these days – the other structures that have helped people to cope, to understand, and to own these experiences have withered away.’

This is key. The withering of old forms of informal social life, the corrosion of the traditional mechanisms of support and struggle, be they based in politics or faith, has left the individual in a potentially more helpless position. Unemployment ceases to be a political problem; it becomes a traumatic experience. The breakdown of a marriage ceases to be difficult time; it becomes the source of a breakdown. Problems which might once have been surmountable through our actions become insuperable except through professional, often medical intervention. ‘We’ve become a much more atomised society’, Moncrieff continues, ‘one in which suffering and difficulties are located increasingly not in the social world but in the individual. So previously, if someone was depressed, not happy, not coping with life, that was a social or a family problem. But now it’s the individual that needs to be rectified rather than the system around them.’

Moncrieff’s willingness to grasp the transformation of antipsychotics into a ‘magic bullet’ in terms of larger social and cultural changes is useful. Too often, critiques of the rise of antipsychotics or, before them, antidepressants focus almost entirely on the internal workings of psychiatry and the pharmaceutical industry. But the dynamics lie elsewhere. They are to be found in the shifting soil of society itself, the withering of informal social relations, and the emergence of more formal, professional-citizen relations. The rise of antipsychotics is best understood as an expression of the rise of the isolated, vulnerable individual, not its cause.

This is why there are no easy answers. So while the DSM is increasingly mocked and Big Pharma almost routinely criticised in everything from newspaper columns to Hollywood blockbusters, this vein of anti-drugs sentiment has done nothing to inhibit the continued medicalisation of everyday emotions. The increased diagnosis of mental illness, indeed the demand that a whole variety of problems be recognised as mental illnesses, persists. In 2011, for instance, the World Health Organisation gleefully predicted that by 2020, ‘depression will be the second leading contributor to the burden of disease’. Or take this recent article in the Observer: ‘Living with anxiety: Britain’s silent epidemic.’

There’s little doubt that this increasing willingness to situate our current problems in the brain is debilitating. Moncrieff says: ‘I don’t think there are many psychiatrists who will say, just take this pill and everything will be okay. But I think there’s a very strong message when you give someone a pill, when you prescribe a pill. And there’s a strong message coming from all the brain research that is endlessly publicised in the media. And the message is that all our problems are in our brains, and the solution is to tweak the brain rather then to take actions as human beings.’

Listening to Moncrieff, one hears a different message, one that is far less fatalistic, far less deterministic. It is one that emphasises not our inability to cope or our vulnerability, but our resilience, our capacity for action.

The Bitterest Pills: The Troubling Story of Antipsychotic Drugs, by Joanna Moncrieff, is published by Palgrave Macmillan. (Buy this book from Amazon(UK).)