Diana: the patron saint of airheads

A rubbish new biopic confirms we no longer care about the ‘People’s Princess’. 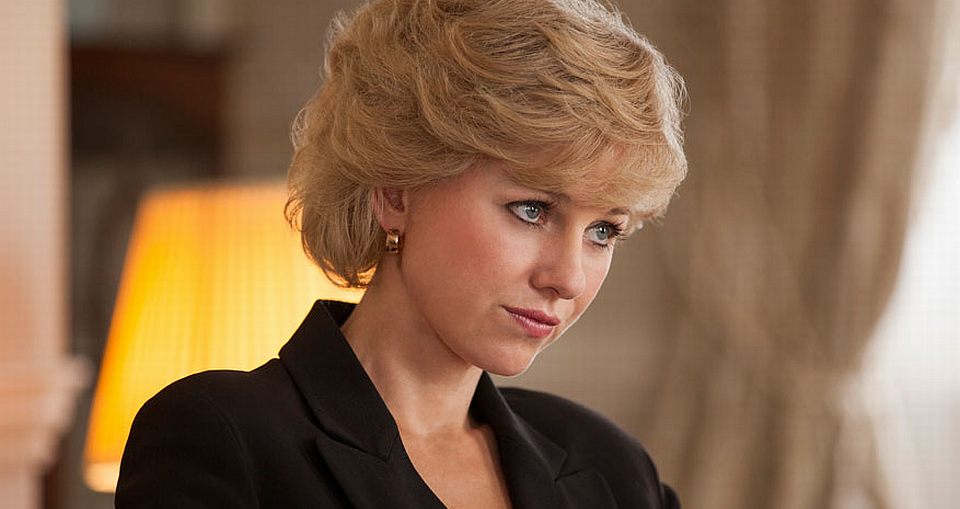 Diana, the new biopic of the late socialite, humanitarian poseur and ‘People’s Princess’, is looking a firm contender for royal turkey of the year. Originally, it seemed like an intriguing proposition. Helmed by Oliver Hirschbiegel, lauded for his 2004 film Downfall, which dramatised the final 10 days of Hitler’s reign, the mind boggled as to what the esteemed director hoped to draw out of this new subject. The end product however is a lazy, soft-focus two hours that the critics have rightfully panned; one reviewer dubbing it the stuff of a ‘Channel 5 midweek matinee’.

Charting Diana’s love affair with Pakistani heart surgeon Hasnat Khan, the film casts the erstwhile Lady Spencer as a kind of aristocratic Bridget Jones – during one scene in which she haphazardly tries to cook for her new beau, you half expect her to serve up some blue soup on the royal china. The rest is spattered with hackneyed one-liners, some oh-so-poignantly playing on the concept of a lovelorn heart surgeon meeting his ‘queen of hearts’, doled out by two actors (Naomi Watts and Naveen Andrews) who look visibly embarrassed as they deliver them.

Now, while a bad film getting a kicking by the critics is hardly a revelation, considering the long-standing media obsession with this film’s eponymous subject you’d have thought there’d have been uproar, rather than blithe, jokey dismissal. Indeed, Diana is the woman who, following her death in 1997 and in recurrent reappraisals of her legacy, has been hailed as a defining figure of her time. For some, she was a landmine-thwarting humanitarian, others a republican firebrand who exposed the dark side of the Windsors, but above all else she’s charged with redefining the national character – her untimely demise leaving the stiff upper lip quivering with very public sorrow.

In the mounds of flowers that lined the gates of Kensington Palace to the weepy vox pops that seemed to keep EastEnders off the nation’s screens for weeks after her passing, many commentators saw a birth of a new openness that had blown out Britain’s crusty cobwebs. At the time, the New Statesman argued that the ensuing emotionalist circus had ‘shown, even celebrated, the end of the age of deference, the triumphant confirmation that Britain is not, and need not be, a conservative country, but a dynamic, liberal place’.

Whether it was because we were cheering her one-woman war against the royals or were in awe of her saintly embrace of the world’s poor little brown people, Diana was a galvanising figure whose tragic departure was so horrific it wrested us free of collective emotional repression. With the election of New Labour having ended what seemed like an eternity of buttoned-up Tory rule, liberalism had set us and our emotions free to mourn this great figure, or so the reasoning goes.

With this in mind, one would expect this film, which drags Diana’s memory down to the level of soap-opera melodrama, to have been taken to be as big a travesty as someone letting Michael Bay direct a Martin Luther King biopic, full of explosions and Megan Fox bending over. The reality is that no one cares, and it’s not limited to sneering film hacks. In the 16 years since her passing, purchase with the public has been on the wane. Her critics, who point out how little she really achieved with her handful of press junkets to the Third World, have emboldened and grown in number. Meanwhile, for everyone else, and particularly the younger generation, she’s become The Beatles of dead public figures, prompting people to say ‘oh, yeah, she was great’ without really knowing (or caring) why.

Even those who have now taken to reflecting upon the post-Diana ‘mania’ as a mere phenomenon of mindless public hysteria still imply that she held a particular, rather magical sway over the people. This couldn’t be further from the truth. Coming at a point in history in which public life, old politics and any sense of national or societal purpose was hollowing out, Diana’s death was merely an event around which the public could recover some semblance of community and meaning.

This isn’t to say the reaction was nearly as intense as it was made out to be. The likes of Christopher Hitchens and Peter Ghosh rightly pointed out that the relentless coverage of the aftermath obscured the substantial number of viewers who protested the ongoing media circus, begging for normal programming and normal life to resume. If anything, incessant coverage merely helped to cultivate Diana’s death and turn it into faux-historical event, a rallying point around which communal mourning could serve as a substitute to political or social solidarity. This phenomenon, long dubbed ‘mourning sickness’ by spiked’s Mick Hume, has since recurred time and time again, rearing its head after increasingly shocking cases, from the Soham murders to the disappearance of Madeleine McCann.

With this in mind, the lack of outrage surrounding Diana is hardly surprising: having served her purpose, the self-styled ‘Queen of People’s Hearts’ and her supposed legacy has all but faded away. If anything, this trashy flick proves a rather fitting tribute to the person who lay beneath all the over-amped eulogising – an air-headed debutante who was only of interest during her lifetime because of her dirty laundry. As for everything that came after, hers was merely the right tragedy at the right time.

Watch the trailer for Diana