The real clash is within civilisations 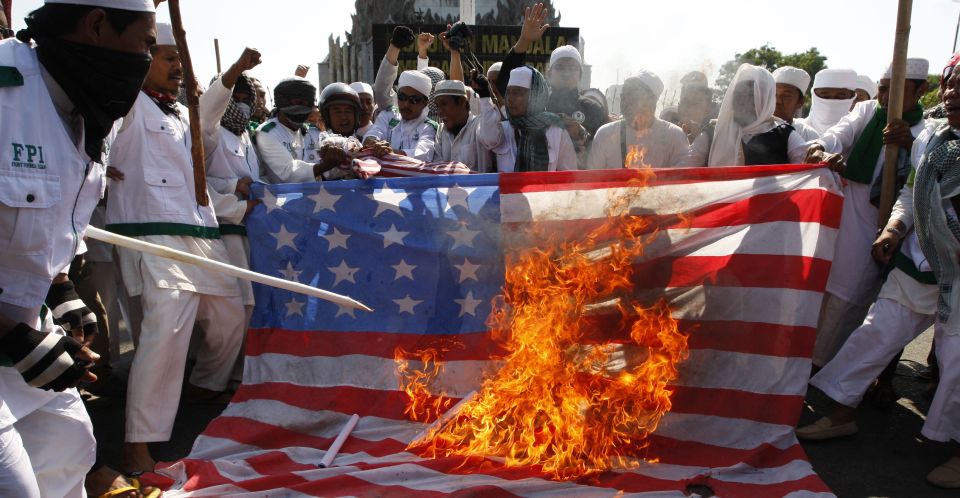 The aim of this slim volume of essays, The Clash of Civilisations? The Debate: Twentieth Anniversary Edition, is to commemorate the twentieth anniversary of Samuel Huntington’s controversial article, ‘The clash of civilisations’. It republishes the original article as well as essays authored by critics of Huntington’s thesis.

When the article was first published in the Summer 1993 issue of the journal Foreign Affairs, it was dismissed by many critics. They argued that Huntington not only failed to capture prevailing global trends but that he was also far too pessimistic about the future prospects for Western civilisation. In the aftermath of 9/11, attitudes towards Huntington’s article changed, especially in the United States. It is not difficult to see why: after the destruction of the World Trade Center, Huntington’s vision of a civilisational conflict suddenly appeared to offer an astute interpretation of the dynamic which was to underpin the ‘war on terror’.

However one views Huntington’s 1993 essay, there’s no doubting that it touched a raw nerve. His main thesis was that after the end of the Cold War, the world had entered a radically different era. He predicted that global conflicts would no longer be motivated by ideological or economic concerns, but by cultural ones. His argument was clear:

‘It is my hypothesis that the fundamental source of conflict in this new world will not be primarily ideological or primarily economic. The great divisions among humankind and the dominating source of conflict will be cultural. Nation states will remain the most powerful actors in world affairs, but the principal conflicts of global politics will occur between nations and groups of different civilisations.’

The main strength of this thesis was to draw attention to the decoupling of ideological factors from global conflict. This was difficult for many to accept after decades of ideologically driven struggles, domestic and international. Yet Huntington’s focus on struggles between cultures did capture an important dynamic at work in the late twentieth century. He was right, for instance, to point out the significance of culture as a medium for the expression of conflict.

But his assertion that such conflicts will assume the form of civilisational clashes was misguided. Aside from the dubious status of civilisational narratives, it is clear that the defining feature of the contemporary world is that these divisions exist within society itself. When Huntington claimed that ‘civilisational identities will replace all other identities’, he appeared to overlook the fact that such identities are constantly contested within a civilisation itself. One possible reason why Huntington focused on civilisational struggles, and particularly on the theme of the ‘West versus the Rest’, was the difficulty he and members of the Western political elites have in openly acknowledging the depth of the cultural divisions within their own society, particularly in the US. There is a perceptible tendency – especially on the part of anti-traditionalist and anti-conservative commentators – to minimise the issues at stake in the so-called Culture Wars. The title of one such sceptic’s tome – ‘Culture War? The myth of a polarised America’ – vividly expresses this orientation.

In his response to his critics, ‘If not civilisations, what?’, Huntington sought to strengthen his argument by pointing to the cultural divisions within his own society: he called attention to the increasing tendency within America to question the traditional representation of the American way of life; he wrote of a movement of ‘intellectuals and politicians’ who promote the ‘ideology of “multiculturalism”’ and who ‘insist on the rewriting of American political, social, and literary history from the viewpoint of non-European groups’; he pointed to what he called the possible ‘de-Westernisation of the United States’, and asked whether this will ‘also mean its de-Americanisation’.

So what is going on?

If Huntington had more deeply probed the dynamics of what he called the internal clash of civilisations, it would have been evident that these disputes are fuelled by ideas and values that are integral to the same civilisation – that of the West. Multiculturalism, cultural relativism, anti-foundationalism, the counterculture and the therapeutic imagination are not the products of Islamic fundamentalist teaching or Confucian philosophy. Rather, this contestation of the cultural authority of the Enlightenment and of classical liberal democracy has emerged from within the soul of Western capitalism itself.

Societies that are divided about the values that constitute a way of life are unlikely to unify around wider civilisational values. Instead of representing global conflicts as civilisational clashes, it makes more sense to see them as, in part, the externalised manifestation of cultural tension immanent within capitalist society. As I have noted elsewhere, the phenomenon of homegrown terrorism, and the estrangement of a significant number of Muslims from the society they inhabit, points to the domestic source of some of the wider global conflicts. The rhetoric of civilisational conflict actually serves to distract attention from the crisis of elite authority on the home front.

Anti-Americanism and contempt for aspects of the so-called Western way of life exercise widespread influence in many European countries. These sentiments are most systematically expressed through cultural critiques of consumerism, capitalist selfishness, greed and ambition. Ideas that denounce Western arrogance and its belief in science and progress are actually generated from within the societies of Europe and America. As the authors of the book Suicide of the West noted, the crisis of the West ‘is internally generated’: ‘it lies in Western heads’. Sadly, far too many people can only make sense of a problem of their own making when it assumes the form of an exotic threat from abroad.

What this collection of essays lacks is any serious interrogation of the Huntington thesis. The one essay in this collection that recognises the true, internal locus of the conflict of culture is ‘The dangers of decadence: what the rest can teach the West’, by Kishore Mahbubani. Mahbubani rightly draws attention to the cultural ‘hubris’ within the West, which is responsible for its disorientation. But he mistakenly attributes the problem of the West’s own undoing to its excessive commitment to individual freedom and democracy. Writing from an essentially illiberal and anti-democratic standpoint, Mahbubani – like many of his intellectual predecessors – blames the forces of cultural decadence.

A critique of Huntington which recognises his focus on the cultural dynamic of conflict, but which avoids the simplistic narrative of the clash of civilisations, is still in search of an author.

The Clash of Civilisations? The Debate: 20th Anniversary Edition, edited by Gideon Rose, is published by Foreign Affairs. (Buy this book from Amazon(UK).)