The amazing double standards of the Miranda affair

For the Guardian to complain of a war on journalism is extraordinary;
it helped to start this war that it’s now falling victim to. 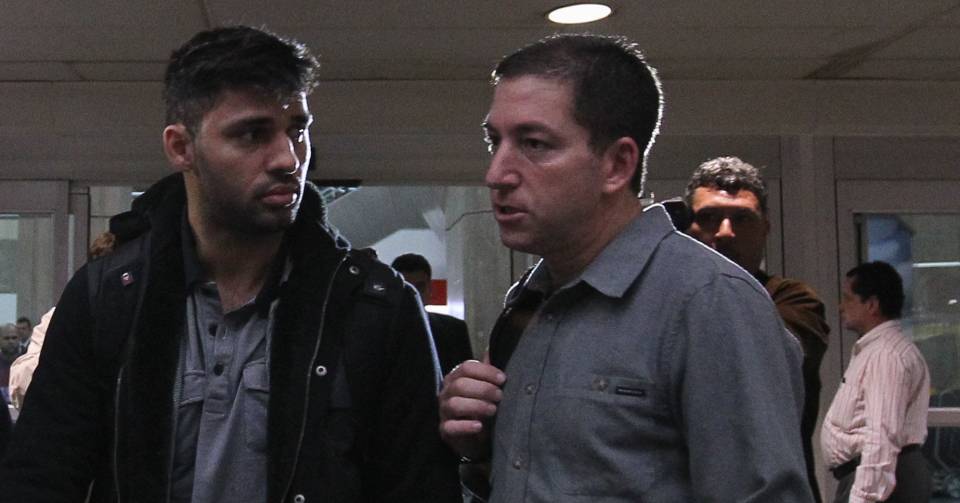 If there was a Nobel Prize for Double Standards, Britain’s chattering classes would win it every year. This year, following their expressions of spittle-flecked outrage over the detention of Glenn Greenwald’s partner David Miranda by anti-terrorism police at Heathrow airport, they’d have to be given a special Lifetime Achievement Award for Double Standards.

For these cheerleaders of the state’s two-year war on redtop journalism now to gnash their teeth over the state’s poking of its nose into the affairs of the Guardian is extraordinary. It suggests that what they lack in moral consistency they more than make up for with brass neck.

Everything that is now being done to the Guardian has already been done to the tabloid press, a hundred times over, and often at the behest of the Guardian. For all the initial depictions of Mr Miranda as ‘just Glenn Greenwald’s partner’, in fact he was ferrying encrypted information from the NSA leaker Edward Snowden on flights paid for by the Guardian. That is, he was detained and questioned over journalistic material acquired through illegal means. That’s already happened to the tabloids. Over the past two years of post-phone hacking, post-News of the World harassment of tabloid hacks by the state, 104 people have been arrested, questioned, usually put on unjustly elongated bail, and sometimes imprisoned. These include many journalists but also office secretaries and other non-journalist types, like Mr Miranda, who stand accused of handling illegally acquired material. The 104’s crimes include ‘disclosure of confidential information’ – not that dissimilar to what Greenwald and Miranda have done in terms of getting hold of and publishing Snowden’s illegally leaked confidential material. Yet while the redtop writers rot in legal limbo, Mr Miranda becomes a chattering-class cause célèbre.

Those who rather fancifully claim that Mr Miranda is ‘just Glenn Greenwald’s partner’ say it is outrageous that the loved ones of journalists are now being humiliated and harassed by the state. Again, that’s already happened to the tabloids. The private effects of redtop journalists’ partners have been pored over and sometimes confiscated by the police. In the words of the Sun’s Trevor Kavanagh, during the many dawn raids on the homes of tabloid journalists (no polite questioning at airports for these scumbags), ‘Wives and children have been humiliated as up to 20 officers at a time rip up floorboards and sift through intimate possessions, love letters and entirely private documents’. If the state has become a dab hand at harassing the loved ones of journalists, it’s because it has had two years’ practice and no one batted an eyelid.

Guardian editor Alan Rusbridger has now revealed that state officials visited his offices and forced his staff to destroy confidential information revealed by Edward Snowden. Again, the tabloids have been there. In July 2011, Metropolitan Police raided the offices of the Daily Star and confiscated notebooks and computer hard drives. The News of the World turned over to the police an extraordinary amount of journalistic material, from address books to computer disks to reporters’ notes. For the liberal set and Twitterati to spill their macchiatos in horror and talk about a ‘war on journalism’ in response to Rusbridger’s revelations of a visit from two ‘shadowy Whitehall figures’ is perverse when you consider that for the past two years the tabloid press has been the subject of the largest criminal investigation in British history. Nearly 200 police officers, £40million and three years have been devoted to the state’s mission to cleanse the tabloids of their filthiness. Now that’s what I call a war on journalism.

The similarities between what redtop journalists did and what leak-reliant broadsheet journalists are doing is striking. Both got material through less-than-legal methods – tabloid hacks by hacking into people’s voicemails, broadsheet hacks by taking encrypted memory sticks from wanted men who exposed confidential government info. Both are in the business of trawling – tabloid hacks trawled voicemail messages in the hunt for something interesting; broadsheet hacks trawl through miles of leaked official documentation in search of striking political factlets. But there is one key difference between the redtop brigade and the broadsheet lot – the former have been treated by the chattering classes as fair game for state harassment and police intimidation, while if the latter are so much as looked at by a police officer there will be headline outrage, political handwringing, a million outraged tweets a minute, and demand for judicial inquiries. Disobedient redtop hacks are thrown to the wolves; disobedient broadsheet hacks are protected from the wolves by a tight-knit circle of influential opinion-formers, concerned politicians and lawyerly campaigners.

But, believe it or not, the double standards run even deeper than that. For today’s outraged defenders of Greenwald, Miranda and the Guardian from a state war on journalism were the architects of the state’s far larger, far more destructive war on tabloid journalism. From the Guardian itself to Labour MP Tom Watson to various influential members of the Twitterati, many of those now shocked to find officials harassing journalists for doing allegedly dodgy things were at the forefront of demanding that officialdom harass redtop hacks for doing dodgy things. If you unleash and cheer a war on journalism by the state, you really cannot be surprised when the warmongers eventually put you and your journalism in the crosshairs, too.

The detention of Mr Miranda was outrageous. So has been the detention of scores of tabloid journalists. The lesson of the Miranda affair is pretty straightforward: don’t ever cheer state assaults on the press and press freedom, because in doing so you will empower the state to be the judge, jury and executioner of journalism and to clamp down on every hack it feels uncomfortable with – including, eventually, you.