Bradley Manning is not the messiah

Manning’s leaks didn’t tell us anything we didn't already know. 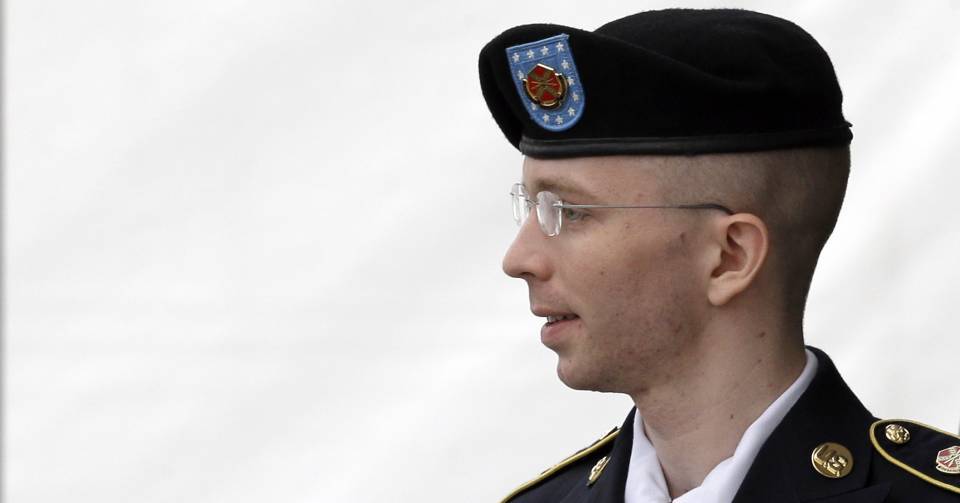 In the years BM (Before Manning), the West was a complacent, Panglossed place. The war in Afghanistan, for instance, was accepted as a necessary phase of the much-praised ‘war on terror’. Likewise, the Iraq War was judged just, a good fight led by the US and the UK in the interests of freedom, democracy and security. In fact, in the era BM, it often seemed that the US, the UK and the rest of the coalition of the virtuous could do no wrong.

And then in 2010, a then-22-year-old Bradley Manning, a private in the US army, opened our eyes. That is, he downloaded thousands of classified US state documents, put them on CD entitled ‘Lady Gaga’, and passed them on to Wikileaks’ head apostle, Julian Assange, who then, through a few wise media outlets (the Guardian, the New York Times, Der Spiegel), let everyone know the truth. This was the moment we realised that the US army was in fact embroiled in a bloody mess in both Iraq and Afghanistan. This was how we learned that Western states’ foreign policy was not always for the best in the best of all possible worlds. And all this was down to the sacrifice of one man: Private Manning.

Or at least that seems to be the narrative being spun by Manning’s supporters as his sentencing for espionage approaches its conclusion. What’s odd, of course, is that in reality, it’s difficult to work out what exactly Manning revealed that was, well, revelatory. Yes, he did pass on footage of an American Apache helicopter crew shooting dead civilians in Iraq in 2007 – the one leak that Manning’s champions always mention. But did this really tell us anything new about the Iraq War, a conflict that many, spiked included, had criticised since before it even started in 2003? In fact, aside from the axis of delusion formed by ex-British prime minister Tony Blair and ex-US president George W Bush, who in 2010 did not think that the Iraq War was a brutal, calamitous mistake? The truth is that Manning’s leaked documents revealed very little in the way, well, of truth. They simply did not tell us anything we didn’t already know about US foreign policy, from Guantanamo Bay to the war in Afghanistan.

What Manning’s documents did reveal, however, was diplomatic gossip. And lots of it. That was what everyone really remembers about the Manning-inspired Wikileaks dump of 2010: US diplomats’ pen portraits of Johnny Foreigner. There was the description of Italy’s then-president Silvio Berlusconi as ‘vain, feckless, weak’; the image of the ‘thin-skinned and authoritarian’ French president Nicolas Sarkozy; and the less-than-flattering aside about North Korea’s Kim Jong-il – ‘a flabby old chap’. This was not a piece of investigative journalism, unveiling America’s shocking secret foreign-policy rationale; it was a voyeuristic glimpse into US diplomacy’s private chambers. Not only that, the sometimes acerbic observations about many a liberal bête noir, from Vladimir Putin to China, massaged prejudices rather than challenging preconceptions. Little wonder that quite a few commentators admitted they were impressed by the diplomats’ sound judgements.

And yet, despite the utterly unrevelatory, paradigm-staying nature of Manning’s leaked documents, plonked self-aggrandisingly into the public domain by Assange and his journalistic fellow-travellers, there are many in the right-thinking set who continue to insist on Manning’s importance, on the significance of his plight. Why, given the content of Manning’s ‘Lady Gaga’ CD was so gossipy and un-shocking, has he assumed this role?

In the New Statesman, for example, John Pilger called Manning’s trial ‘the political trial of the century’. For Pilger, ‘Manning did his duty to humanity and supplied proof from within the murder machine. This is his triumph, and his showtrial merely expresses corrupt power’s abiding fear of people learning the truth.’ Elsewhere, the trial and sentencing of Manning are presented as part of the US state’s war on ‘watchdog journalism’ and protests of ‘conscience’. ‘[The trial] has shown that when faced with evidence of its own wrongdoing, the current US administration focuses on punishing the messenger’, says one observer.

In this telling, Manning has been transformed into a revolutionary truth-teller, a man determined to make us see the exercise of American power for what it is. And this is why the US is trying to send him to prison; not because he broke the law, but because Manning, as the ‘patron saint of Occupy’ as Michael Moore put it, spoke truth to power. Manning himself certainly seemed to buy into this version of events in a prepared statement made in March: ‘I believe that if the general public… had access to the information… this could spark a domestic debate as to the role of the military and foreign policy in general.’ As one Manning supporter put it in a recent op-ed, ‘[Manning] did not want to hurt anyone; in fact, he wanted to inform the American public.’

This, then, is why Manning is so important for his liberalish-lefty supporters: he is the vehicle for public enlightenment, the means by which we will all see the truth of US iniquity. And why has he assumed this significance? Why does Manning have this weird, quasi-religious meaning? Because his largely left-leaning champions, marooned either in the commentariat or Twittersphere, and estranged from the public, want Manning to make their case for them. This is what underpins the elevation of Manning into an organon of truth: estrangement and impotence. That is, Manning, and the act of leaking classified documents, is meant to achieve what his leftish supporters have proved incapable of achieving: convince the public, win the argument, show once and for all that the US and its allies are really, really bad.

Not that Manning the real-life individual could ever fulfil the role given to him by his supporters. After all, no number of documents telling us that lots of people died in Iraq or Afghanistan could ever stand in for what was really missing: a principled argument as to why Western interventionism is wrong.

And here we come to the second aspect of the elevation of Manning – the denigration of the public. For the left’s failure to win the argument, to engage the public, even with Manning transformed into a Christ-like emissary of The Truth, has been transfigured by Manning’s champions as the failure of the public. He is effectively now being sentenced for our sins. In The Passion of Bradley Manning, for instance, Chase Madar attacks ‘public incuriosity’ and ‘wilful ignorance’, before wondering when Americans will ‘unlearn their deference and docility and stand up to America’s foreign-policy elite’. This is the sting to the elevation of Manning into the saviour of mankind by the estranged smart set: he has been all too easily elevated into an indictment of mankind, too. Manning, frequently referred to as ‘good-intentioned’, ‘naive’ and ‘morally earnest’ by sympathetic commentators, is being used to bash the public now, rather than save it.

Manning himself, however, cuts a rather different figure to the one imagined by his supporters. ‘I’m sorry I hurt people. I’m sorry that I hurt the United States’, he said last week as part of a 10,000-word statement. It seems that the real truth to this whole affair is only just being revealed: Manning is not the messiah; he’s just a very confused boy.