You’re right-wing? You must be stupid

Frank Furedi on how conservatism came to be treated as a mental deficiency. 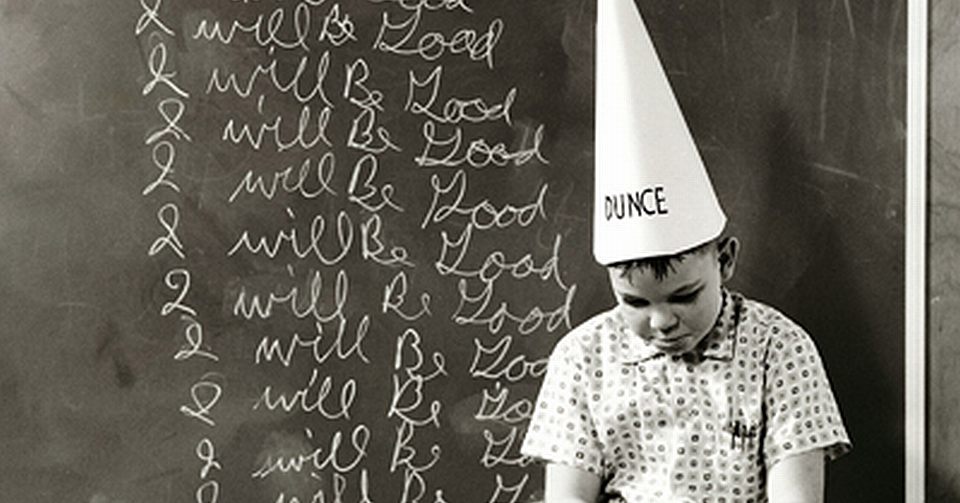 Mocking conservative and right-wing political figures for their stupidity is all the rage in certain media circles. Yesterday it was the turn of Tony Abbott, leader of the opposition in Australia, after he mixed up the words ‘suppository’ and ‘repository’ in a live TV debate. Last week, Australian election candidate Stephanie Banister was branded ignorant after she made a series of gaffes about Islam during a TV interview. A video of the interview went viral, and as a result of the humiliation Banister has now withdrawn her candidacy.

Not surprisingly, commentators compared Banister to Sarah Palin, the former US Republican vice-presidential candidate who was, and continues to be, regularly targeted for her ‘stupidity’. One blogger recently referred to Palin as the ‘Queen of Stupidity’, the ‘very embodiment of all things stupid’.

The idea that conservatives are thick and simple is increasingly being backed up by a new brand of advocacy research. In recent years there have been numerous so-called studies purporting to prove the intellectual inferiority of conservative people. Two Canadian academics gave us a good example of this tendentious research last year. Their ‘study’, titled Bright Minds and Dark Attitudes: Lower Cognitive Ability Predicts Greater Prejudice Through Right-Wing Ideology and Low Intergroup Contact, claimed there is evidence that simpletons go on to become prejudiced right-wingers in later life.

It is worth noting that, historically, the manipulation of science to discredit political opponents – from nineteenth-century craniology to twentieth-century Stalinist and Nazi theories – was strongly criticised by the intellectual community. Today, by contrast, it is self-styled intellectuals, especially the ones who refer to themselves as ‘liberal’, who use such pseudo-scientific tactics to pathologise their opponents as a mentally and intellectually inferior political species. And there is barely any dissent from this view.

The intellectual devaluation of conservatism originates in the nineteenth century, when the British Tories were described as the ‘stupid party’. That phrase was probably coined by John Stuart Mill, who wrote in 1861 that although both the Whigs and the Tories were lacking in principle, it was the Tories who were ‘by the law of their existence the stupidest party’ (1). Back then, associating conservatism with stupidity was justified on the grounds that upholding tradition and the status quo – as conservatives do – does not require much mental agility or imagination. In contrast, it was claimed that taking a more questioning and critical approach to politics required an ability to think abstractly and in a sophisticated way.

But it wasn’t until the post-Second World War era that the pathologisation of conservatism gained real intellectual credibility. Instead of seeing right-wing prejudice as the outcome of various cultural and social influences, left-leaning observers treated it more like a psychological problem. Theodor Adorno’s classic text, The Authoritarian Personality, helped to give credence to the new dogma that the disposition for a certain kind of intolerance was a psychological issue. From this standpoint, right-wing people not only suffer from an intellectual deficit, but also from a psychological one.

Since the end of the Second World War, right-wing and conservative ideas have come to be marginalised within the key cultural and intellectual institutions of Western society. In a frequently cited statement, the American literary critic Lionel Trilling declared in his 1949 preface to a collection of essays that right-wing ideas no longer possessed cultural significance:

‘In the United States at this time, liberalism is not only the dominant but even the sole intellectual tradition. For it is the plain fact that nowadays there are no conservative or reactionary ideas in general circulation. This does not mean, of course, that there is no impulse to conservatism or to reaction. Such impulses are certainly very strong, perhaps even stronger than most of us know. But the conservative impulse and the reactionary impulse do not, with some isolated and some ecclesiastical exceptions, express themselves in ideas but only in action or in irritable mental gestures which seek to resemble ideas.’ (2)

While Trilling’s statement contained an element of exaggeration, there is little doubt that it also captured something important about political developments in the 1940s. The experience of the inter-war years and of Second World War itself helped to discredit the influence of the right-wing and conservative intellectual traditions in Western culture. The 1930s Depression, followed by the rise of fascism, significantly diminished the appeal of right-wing ideas. These events also solidified the association of being an intellectual with adhering to left-wing philosophies, to the extent that universities almost became no-go zones for the right.

Things have now moved so far in this direction that today, in the twenty-first century, it is sometimes hard to appreciate the fact that until the second half of the last century, right-wing thinkers constituted a significant section of the Western intelligentsia.

Since the 1940s, intelligence has been turned into a cultural weapon that is used by individuals and groups to validate their status and authority. Inevitably, this weapon is most effectively used by those claiming the status of an intellectual. As Mark F Proudman has written: ‘The imputation of intelligence and of its associated characteristics of enlightenment, broad-mindedness, knowledge and sophistication to some ideologies and not to others is itself therefore a powerful tool of ideological advocacy.’ (3)

Making fun of the parochial and folksy ways of right-wing politicians and exposing their grammatical errors to ridicule is one way that intellectuals assume moral superiority these days. Those who have something of a monopoly over modern-day intellectual capital can thus present themselves as the possessors of moral authority, too.

Not surprisingly, many conservatives become defensive when confronted with the put-downs of their intellectual superiors. Consequently, in many societies, particularly the US, they have become self-consciously anti-intellectual and hostile to the ethos of university life. Anti-intellectualism works as the kind of counterpart to the pathologisation of conservatism. And of course, the bitter anti-intellectual reaction of the right, which sometimes seems to affirm ignorance, only reinforces the smug prejudices of the intellectuals who see themselves as being morally superior.

The use of the term stupid as a political label speaks to the infantilisation of public life. Name-calling is an activity normally associated with childish behavior. Making fun of someone’s speech, mannerisms, vocabulary or historical knowledge is the politics of insult. And an insult does not constitute an argument, or even an idea. In fact, often the political insult serves as a substitute for argument and debate. The use of invective and the suggestion of mental deficiency closes down debate. After all, what’s the point of using a rational argument against people who are incapable of reasoning? To use a popular American expression of the modern era: ‘They just don’t get it.’ When someone says this, particularly in relation to political and moral debates, what they’re really saying is not only that the other person ‘doesn’t get it’ but that he is incapable of getting it. Therefore, further debate is pointless.

It is of course quite legitimate to argue that the ideas held by conservatives are stupid. But the tactic of devaluing the mental capacity of conservatives calls into question the validity of open debate and free speech. Why take seriously or discuss the views of those who are intellectually inferior? In the past, such arguments were used by anti-democratic theorists to put the case against popular sovereignty, against mass engagement, against allowing the allegedly ignorant public to get involved in politics. Today, such arguments are used by those who pose as knowledge-rich experts as a way of suggesting that the rest of us – the ignorant – should defer to them.

Genuine intellectuals who are devoted to the pursuit of ideas and who understand the transformative potential of debate should reject the politics of insult. Instead of sneeringly declaring ‘they don’t get it’, a real intellectual should develop ideas in a way that would allow ‘them’ to get it. Indeed, it is the conviction that most human beings have the potential to grasp the issues facing their communities that underpins the ideals of democratic politics and popular sovereignty. The real problem today is not stupid conservatives, but people with multiple university degrees who ‘don’t get’ what it truly means to be an intellectual.