Why we’re all in debt to Cézanne

A nobody in his own time, a knockout in ours, he changed how we see the world. 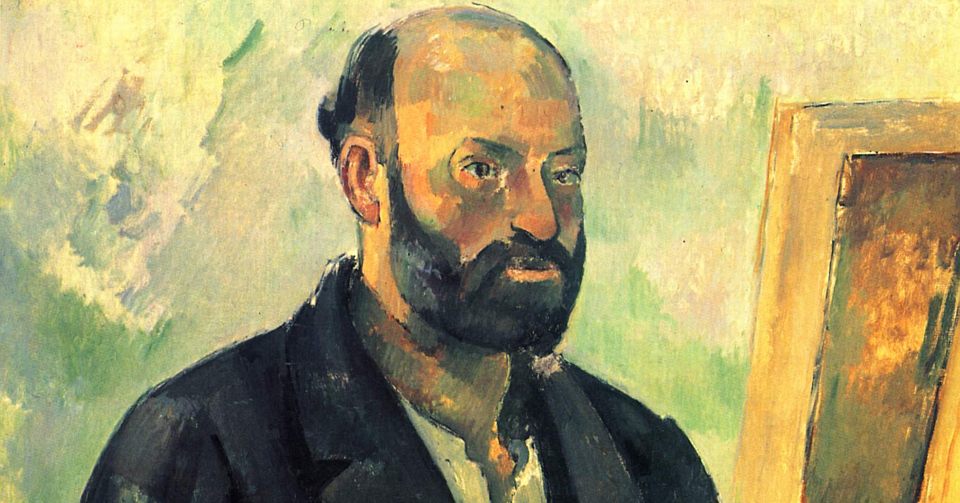 An awkward sod, Paul Cézanne. Solitary, touchy, moody, and curt to the point of rudeness, he wasn’t an easy man to rub along with, let alone get to know – which is one of the main reasons why there are so few biographies of him.

The other reason is that his life was almost completely devoid of action. Van Gogh went mad, Gauguin to Tahiti, Lautrec for the bottle. Cézanne did nothing but paint. The nearest he got to drama was when he upset his father by dropping out of law school. But relations were soon patched up, and dad went on to support him throughout his life (at first with a generous allowance, later with a substantial legacy).

He needed the help. As Alex Danchev reminds us in this hefty, sedulous book, Cézanne was a ‘remarkably unsuccessful’ artist. He was in his mid-thirties before he sold a painting to someone not a friend, and in his mid-fifties before he had his first solo exhibition. Indeed, says Danchev, there were times when he literally couldn’t give his work away. Unsurprisingly, he never earned much, and was forever distressed at not having made it big in Paris. As late as 1904, only a couple of years before he died, he was still longing ‘to be admitted to the Salon’.

A nobody in his own time, a knockout in ours – Cézanne was straight out of central casting’s department for misunderstood avant garde outsiders. And yet, and yet… Cézanne was less misunderstood than not understood at all. His insights and techniques were so revolutionary that they couldn’t be taken in overnight. It wasn’t until the lessons of Einstein’s special theory of relativity had penetrated the popular consciousness that the paintings of Cézanne’s final years could come to be seen as the masterpieces they had always been.

No less than Einstein’s theory, Cézanne’s late work was an attempt to unify space and time. Not for him the joyous frozen moments served up by Renaissance perspective (and warmed up by the joyous, effulgent blur of Impressionism). He wanted his own pictures to be truer to life than that. You can’t stop time, he argued, and to paint as if you can – to paint as, say, Raphael or Renoir did – is to produce no more than idealised abstractions.

Why? Because our perception of the world isn’t momentary and finite, but protracted and cumulative. We don’t take it all in at once. Reality isn’t stable and objective and eternally out there. It’s labile and subjective and in a state of perpetual constitution in here. It follows that the painter’s task is not to set forth images of a fixed vision. Rather, it is to offer up a record of his repeated and overlapping attempts to pin down the flicker and flux his eyes are presented with. As Cézanne told the Mercure de France in 1905: ‘To paint from nature is not to copy an object; it is to represent its sensations.’

One of the principle virtues of Danchev’s book is that it approaches its subject in precisely the way that Cézanne approached his. Just as Cézanne observed that ‘in nature there are no lines – in nature everything is continuous and whole’, so Danchev makes no attempt to construct a single story from Cézanne’s life, approaching it instead from a variety of angles.

Just as Cézanne built his paintings from multiple viewpoints, brushstroke by hesitant brushstroke, layer by doubting layer, so Danchev’s Cézanne is less a coherent portrait of an individual than an accretion of the effects he had – and goes on having – on hundreds of other people. Kandinsky once said that Cézanne painted not trees but ‘treeness’. Danchev, I think it is fair to say, gives us not Cézanne but Cézanneness.

Certainly he seems to have read everything about him. At times the book reads like a dictionary of quotations on Cézanne. Here is Jasper Johns on how he ‘makes looking equivalent to touching’, here Robert Bresson on his abandonment of painting for moviemaking because ‘there is nowhere to go… after Cézanne. He went to the brink of what could not be done.’ But it is poets, Danchev makes clear, who have caught Cézanne best. We all know Rilke’s Letters on Cézanne. But how about the ‘eyeball kicks’ Allen Ginsberg got from what he called the ‘space gaps’ in Cézanne’s brushwork? Unsurprising, perhaps, to learn that the critic and poet Michael Fried has written verse in honour of Cézanne. But who’d have guessed that old obscurantist Heidegger had been moved to verse by painting’s great clarifier?

Whether Cézanne moves Danchev is rather less clear. Certainly the professor of international relations at Nottingham University isn’t one of art history’s sensualists. You could come away from this book unaware that Cézanne was among the most emotive colourists of all time. And while Danchev is informative on Cézanne’s revolutionary use of white, he doesn’t offer much else by way of formal analysis – a startling omission given that it was Cézanne’s fooling around with form that licensed so much modernist experiment.

Those cavils aside, though, this is the best biography of Cézanne yet published. It doesn’t – it couldn’t – let us see him whole. Still, its self-consciously provisional take on Cézanne is a loving echo of his own self-consciously provisional take on the world. ‘I owe you the truth in painting’, Cézanne used to say. Alex Danchev goes a long way towards settling the debt we owe Cézanne.

Christopher Bray is a freelance journalist and author. He is author of Sean Connery: The Measure of a Man, published by Faber and Faber. (Buy this book from Amazon(UK).)

Cezanne: A Life, by Alex Danchev, is published by Profile Books. (Buy this book from Amazon(UK).)