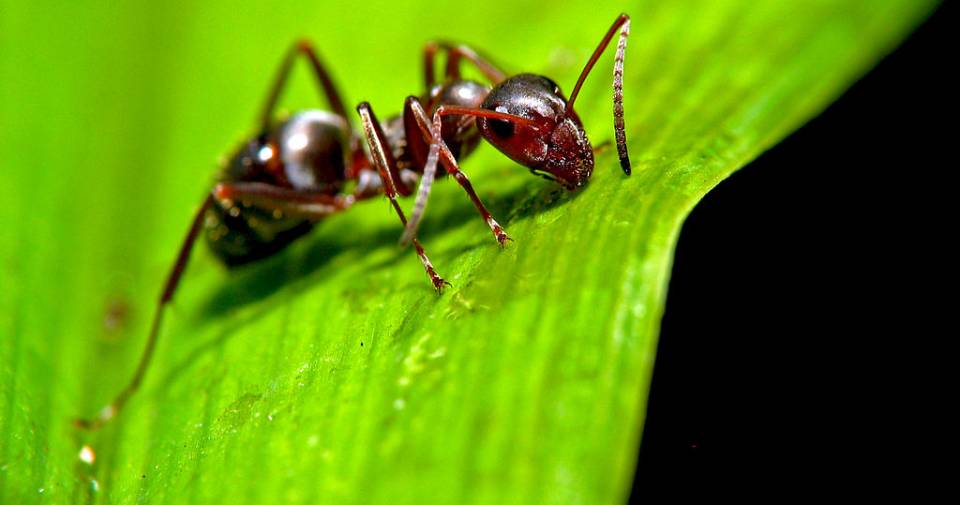 Edward Osborne (EO) Wilson is an American biologist specialising in myrmecology, which is the study of ants. Like many others, Wilson is attracted to drawing lessons about humanity from his studies of animals, even if his animal of choice is an insect. He shot to notoriety in 1975 with the publication of Sociobiology: The New Synthesis. Most of the book was dedicated to discussion of animal behaviour, but Wilson included one chapter on humans where he described much of human behaviour and society as a consequence of biological instincts that were beyond direct control. He argued, in essence, that human society is a variation of an insect colony. For this, he was roundly attacked, notably by the late Stephen Jay Gould, among others, as a right-wing apologist for social oppression.

Almost 40 years later and Wilson continues his argument that biology, via natural selection, dictates human thinking (cognition) and behaviour. This time, in his recent book, The Social Conquest of Earth, his thesis is buried in a hodge-podge of contemporary environmental prejudices that are more associated with liberals than those on the right. Humans are condemned for ‘mindlessly dismantling the biosphere’, returning biodiversity ‘to the paucity of its earliest period half-a-billion years previously’, and for changing ‘the atmosphere to a potentially lethal state’. But Wilson remains bluntly attached to the idea that what we think and do is driven by natural selection. He asks: ‘Which traits of cognition in fact have evolved through mutations and natural selection, both coding or non-coding?’ And he replies, ‘Very likely, all of them.’

There are broadly three strands to Wilson’s argument about how human cognition developed. The first strand focuses on anatomical human developments, including our upright stance, fully opposable hands that are freed from use as paws, and a large brain with a significant dedication to vision rather than smell. As has been argued in immense detail by Raymond Tallis (1), these developments uniquely freed humanity to explore and mould the world towards instrumental ends.

One end, which is Wilson’s second strand, was the use and maintenance of fire. On the topic of fire, Wilson makes a number of interesting observations regarding the role of fire in developing human intelligence: ‘[The use of fire is] denied aquatic animals regardless of size or prior degree of intelligence of whatever nature… No porpoise or octopus, no matter how brilliant, can ever invent a billows and a forge. None can ever develop a culture that builds a microscope, deduce the oxidative chemistry of photosynthesis, or photograph the moons of Saturn… If an animal at maturity is less than a kilogram in weight, its brain size would be too severely limited for advanced reasoning and culture. Even on land, its body would be unable to make and control fire. That is one reason why leafcutter ants, although the most complex of any species other than humans, and even though they practice agriculture in air-conditioned cities of their own instinctual devising, have made no significant further advance during the 20million years of their existence.’

Ignoring, for the moment, Wilson’s comment about ants practicing agriculture and developing air-conditioning, he recognises that the absence of fire prevents the development of a human level of intelligence, science and culture. That is an important insight that lays to waste many arguments about the development of animal intelligence. Unfortunately, this point is not really developed.

Wilson then ties fire to the third, and most contentious, strand of his argument. He suggests that harnessing fire solidified the tendency for early humans to establish campsites, which he provocatively refers to as the equivalent of animal nests. These campsites, he argues, shifted the course of human development or, at least, consolidated shifts that were already happening. A natural division of labour could be created, with some staying to protect the camp and others leaving to hunt. Controlling fire meant that meat could be cooked and more readily digested. Thus, humans no longer had to forage for fruits and vegetables across a large territory, now they could select a single, defensible position that could be fortified against attack. The campsite, argues Wilson, is a place where humans could more readily survive by relying on the collective strength of the group.

It is an intriguing proposal that might be included in an account of how humans developed from mere creatures to conscious agents. But Wilson spins his proposal in an unexpected direction, as an argument for group selection:

‘…natural selection acting at the level of the group begins. This means that an individual in a group capable of reproduction does better, or worse, than an otherwise identical solitary individual in the same environment. What determines the outcome is the emergent traits due to the interactions of its members. These traits include cooperation in expanding, defending and enlarging the nest, obtaining food, and rearing the immature young.’

Group selection is, essentially, the idea that natural selection operates at the level of groups. Thus, for example, cooperative groups survive better than non-cooperative groups, and so cooperation evolves because it is selected for. It is important to recognise that Wilson is not merely arguing that natural selection punishes individuals who do not survive and reproduce in a group setting; he is genuinely arguing that selection pressure operates at the level of the entire group. What that means is that individual members of a group will sometimes behave in ways that undermine their own survival and reproduction opportunities in order to provide group benefit. In this way, Wilson can argue that we live in the kind of society we do (broadly, various groups of cooperative individuals) because natural selection has selected cooperative groups. He is not alone in this line of thinking; the American social psychologist Jonathon Haidt has used similar arguments to explain moral behaviour as an evolutionary adaptation.

The idea of group selection has been roundly condemned by most contemporary evolutionary biologists. In essence, the argument against group selection boils down to the simple fact that any individual organisms that ever act against the survival and reproduction of their genetic material will inevitably lose out to individual organisms that never act against the survival and reproduction of their genetic material, simply because the latter will survive longer, reproduce more, and propagate more genetic material. If an animal or insect appears to act against its own interests, the behaviour can always be explained by the shared genetics. Thus, for example, worker bees sacrifice their own reproductive ability to assist the queen’s reproduction. They do this because of a close genetic relatedness which means that they share 75 per cent of their genetic material with every worker bee created via the queen, compared with 50 per cent if they were to reproduce without her.

Humans are the exception to this rule. We cooperate and help people, at least sometimes, against our own survival and reproduction interests. The obvious conclusion from this behaviour is that we are not like insects or other animals. At some point, we diverged from a history based entirely in biology and genetics to one based on conscious understanding. To escape that conclusion, Wilson goes to extreme lengths and redefines insect evolution: ‘The causative agent of advanced social behaviour is the advantage of a defensible nest, especially one expensive to make and within reach of a sustainable supply of food. Because of this primary condition in the insects, close genetic relatedness in primitive colony formation is the consequence, not the cause, of [advanced social] behaviour.’

So, worker bees do not assist the queen because it propagates more of their genetic material; rather, their altruistic assistance of the queen caused more of their genetic material to be propagated. Bee altruism served the interests of the group and so was selected for in advance of any genetic benefit. This remarkable line of argument allows Wilson to collapse the differences between insects and humans. That is why he can talk of ants building air-conditioned cities and developing agriculture without any concern for the obvious gulf between humans and insects. The details might be a bit different, but the mechanism driving ants to build their colonies is, in Wilson’s view, the same one driving us to build our cities.

The argument is admirable, in the sense that it maintains an internal consistency regarding the origins of altruism in all animals, from insects to humans. But the argument is also testament to the level of madness necessary to maintain the belief in a biological origin for everything. Wilson denies the transformative role of history, the transitionary nature of human consciousness, and our ability to invent cooperative means of living while at the same time projecting into ant colonies what we have created in human society.

Stuart Derbyshire is an associate professor in the Department of Psychology, National University of Singapore (NUS) and A*STAR-NUS Clinical Imaging Research Centre.

The Social Conquest of Earth, by EO Wilson, is published by WW Norton. (Order this book from Amazon(UK).)