Enjoy the sun while it lasts

The belated arrival of summer sunshine in the UK is a cause for joy, not panic. 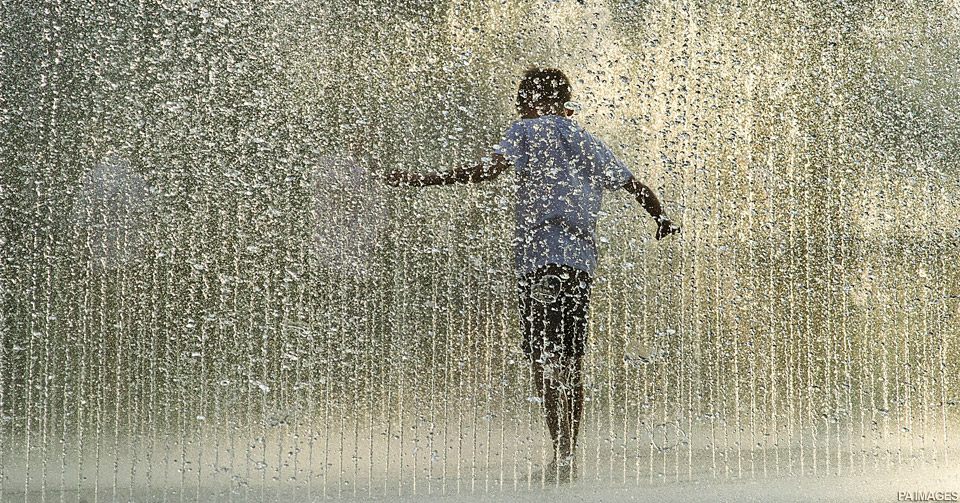 So, as millions of people from across the UK, draping themselves across parks, lawns and specially adapted pub car parks, basked in a long overdue summer heatwave, health authorities, backed up by meteorological experts, decided this was an ideal moment to put a dampener on things. The UK Met Office got in early towards the end of last week, issuing a level-two heat alert. Just to make sure we were under no illusions as to how serious level two was, it also stated that up to 500 people could die as temperatures hit 30 degrees Celsius – or, as they describe this temperature in Southern Europe, ‘normal’.

Met Office forecaster Sarah Holland continued to piss on people’s barbecues over the weekend. ‘Heatwaves can be dangerous’, she intoned, ‘especially to the elderly, very young and those with chronic health conditions. So it is worth bearing in mind that although it is a lovely, very warm weekend, people should be cautious.’ Caution was also the watchword for government body Public Health England (PHE). No bit of advice was deemed too banal or eye-rollingly obvious for PHE, as it advised the great unwashed sweaties of England that, during a heatwave, indoors spaces can get hot. It went on to add that this remarkable phenomenon (a hot room) can be addressed through a mechanism known as a window. Enlightening stuff.

While PHE was telling us that if we feel thirsty, we should drink ‘cool fluids’ – as opposed, presumably, to eating chips – England’s chief medical officer (CMO) Dame Sally Davies was doing what the chief medical officer does best: giving us a scary worst-case scenario. You would think that after the Great Swine Flu nondemic of 2009, the CMO would think twice about doomladen prophecy, but no, there Davies was standing where chief panicking officer Liam Donaldson once stood before, telling us that we will start to see evidence of unusually high levels of deaths from the heat after temperatures hit 77 degrees Fahrenheit (about 25 degrees Celsius). One wonders how people cope in countries where 25 degrees Celsius is an average summer temperature – exotic places like Germany or France, for instance.

Self-conceived liberal commentators added their loathing of other people to the concerns swirling around a few hot summer days. ‘[I]n London, the buildings are so much closer together’, moaned one, ‘the air is less fresh and you have to resign yourself to the fact that everyone else has had a toke on it before it gets passed to you. There are no stampeding cows [as there are in Africa], only stampeding drunks falling out of public houses, sent slightly delirious by the heady combination of 30 degrees Celsius sun and lilting Belgian lagers.’ Others tried to rally ‘the people’ to their anti-hot weather cause: ‘As our lawns are scorched the brown of a Wimbledon second-week baseline, and the waters temporarily recede from the streets of Tewkesbury to reveal a letter announcing a hosepipe ban on every sodden doormat, and our big cities come to smell ever more pungently of bins, many are realising they can’t stand the heat.’

If the stench of amassed, urbanised humanity, our veins infused with a hint of alcohol (of Belgian provenance or not), wasn’t enough to put you off the hot weather, and the threat of death didn’t manage to scare you into an air-conditioned panic room, then how about a bit of heatwave determinism. That’s right, it is ‘widely believed by experts’ that hot weather causes crime. As one article put it, there is a ‘high correlation between increased temperature and elevated crime levels’. This, apparently, is due to two possible heat-related causes: raised adrenaline and testosterone levels; and the existence of large gatherings of people outside. Of course, there is another, non-heat-related reason, as the Wall Street Journal discovered, why certain property crimes do indeed rise during the summer months: young people, the constituency most likely to commit burglary and petty theft etc, are not at school. Still, why let a bit of common sense get in the way of turning a glorious few days of sunshine into something of which we should be very frightened.

It’s absurd when you think about it. A period of sustained hot weather, the very thing many of us actively look for when choosing to go on holiday each year, is being transformed by risk-conscious officials and mean-spirited pundits into a morass of threats we would be best avoiding. Not because there really is anything terrifying about a hot July, but because of overheated fears and half-baked prejudices – mainly involving us and how we might respond to a period of prolonged good weather.

For a start, the panic-mongered worst-case scenario of heat-induced death and illness, and its solution – platitudinous handy tips about shade and water – rests on the assumption that we are incapable of coping, let alone enjoying, a couple of sun-drenched weeks – this despite the fact that, as human beings, we tend to know when we’re too hot, because our central nervous system, and the sweat patches, tells us as such. In the sun-glassed, UV-protected eyes of the authorities it seems we are more than a bit imbecilic.

But here’s the funny thing about a summer heatwave. All the negatives, all the things we are told are potentially risky, are the very reasons the hot weather is so darn enjoyable. You can spend all day and evening outside and, as a result, public and outdoors spaces are transformed from places of transit into places where you can gather and mix with others. It’s not frightening, despite the guff about crime; it’s liberating. And yes, some of us even enjoy a few drinks outside, too, even if, for some liberal commentators, a can of lager glinting in the sun is like a red-rag to a snooty bull.

So while hot weather comes with its own issues, we are as capable of coping with it by ourselves, without official warnings, and miserable prejudice, as we are capable of enduring Britain’s normal summertime fare of overcast skies with patchy rain.