Let’s call a halt to the worship of whistleblowers

The increasingly irrational cult of the whistle-
blower is bad for politics and bad for journalism. We need some heretics to blow it apart. 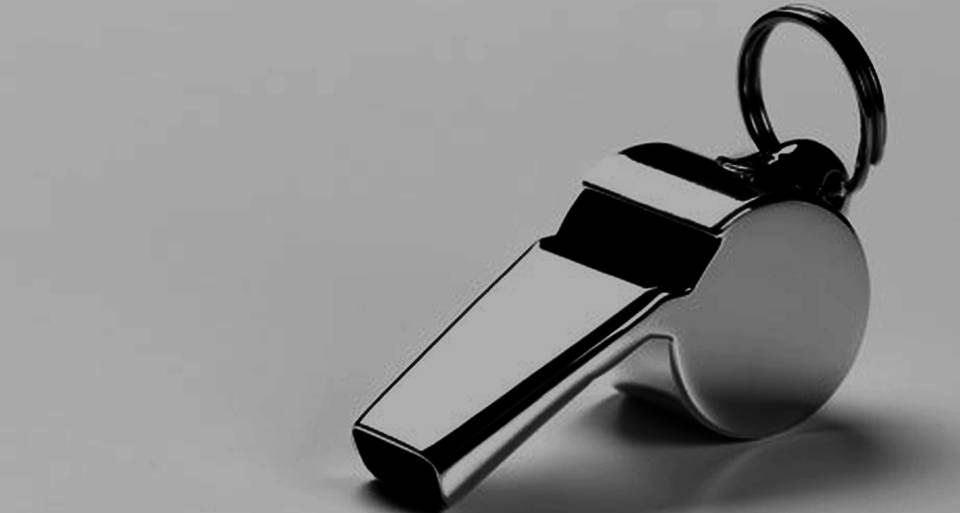 The cult of the whistleblower is getting out of hand.

In 24 hours, Edward Snowden has gone from being a former contract worker at America’s National Security Agency to a godlike figure who has apparently ‘saved us’ from ‘the United Stasi of America’. It’s the religious terminology that is most striking. For leaking info about how the NSA keeps tabs on the communications of both American and foreign citizens, Snowden has been referred to not only as a saviour but also as a ‘martyr’. He’s praised for revealing to us, the sleeping ones, ‘the truth’ about our world. Journalists fawn over the ‘earth-shaking magnitude of the truth’ he has revealed. His own codename in his dealings with hacks was Verax, Latin for ‘one who tells the truth’ and a recurring word in the writings of old-world Catholic scholars on the lives of the saints and seers. If Snowden possesses Christ’s capacity for ‘saving’ people, he lacks His humility.

As befits a modern-day teller of the truth, Snowden has been turned into an overnight icon by the guardians of liberal values. The Guardian itself plastered his picture across its front page yesterday, even taking the very unusual step of moving its own masthead down and replacing it with the words: ‘The whistleblower.’ This wasn’t news reporting; it was a secular beatification, an invitation to readers to look into the eyes of St Snowden, the latest in a line of brave revealers of liberal gospel, who, according to one Guardian columnist, has carried out ‘extraordinary human acts’ and showed ‘an endless willing to self-sacrifice’ – just like You Know Who. The creepy Jesus allusions are even more apparent in the Twittersphere, where Snowden is referred to as saviour, martyr, even ‘libertarian messiah’.

The speedy beatification of Snowden reveals a great deal about the increasingly irrational worshipping of the whistleblower. Primarily, the cult of the whistleblower speaks to the profound passivity and deep moral lassitude of both modern journalism and radical politics, whose practitioners now seem content to have the truth revealed to them from on high rather than uncover and seek to understand the world for themselves. Today’s intense bowing before whistleblowers is directly proportionate to a weakened sense of possibility among political activists, and to the withered sense of drive and discovery among reporters. Even worse, the cult of the whistleblower reveals how widespread the conspiratorial mindset has become, and how commonplace it now is to believe that the world is governed by dark, unknowable actors, even by machine-like ‘networks’, which we have no hope of challenging unless a detractor from ‘the network’ comes to enlighten us about our own repression.

Snowden isn’t the first whistleblower to be beatified by that section of society that normally scoffs at the silly little people who believe in saints and gods. Bradley Manning, the socially inadequate passer of tonnes of American defence information to Wikileaks, has likewise been turned into a semi-religious icon. A new, highly praised book about him is called The Passion of Bradley Manning. It seems everyone needs a Christ, even the fashionably atheistic set. The book refers to Manning as ‘an icon and martyr’, even as a ‘patron saint of the Occupy Wall Street movement’. It compares him to St Thomas Aquinas, claiming he embodies Section 158 of Aquinas’s Summa Theologica, which calls for ‘righteous anger at injustice and evil’.

In keeping with the patronising narrative promoted by the whistleblowing worshippers – which basically says ordinary people live in a state of ignorance about the world and thus must have their eyes prised open by veraxes – The Passion of Bradley Manning says there’s now widespread ‘wilful ignorance’, most notably among ‘working-class people’ and ‘those without formal schooling’, but also in the upper echelons of government. There is a ‘paucity of public-spirited citizens’, it says, and in such circumstances we need ‘whistleblowers, the Enlightenment true believers… who would “speak truth to power”’. In short, just as earlier generations of dark-minded dumb folk needed seers to help them get a grip, so today’s ignorant masses need ‘icons’ like Manning to help them see sense.

Wikileaks’ head honcho, Julian Assange, was also treated as a secular messiah, before his spectacular fall from favour among the opinion-forming set. (He is the angel Lucifer of the cult of the whistleblowers.) Guardian journalists went on a self-conscious mission to ‘put Assange on the moral high ground’. They described him as a mix of ‘Mother Teresa and Nelson Mandela’. Assange was also labelled a possessor of ‘the truth’, come to enlighten mankind. One conspiracy theory website pushed Assange worship to its logical conclusion, claiming: ‘Just like Jesus of Nazareth, Julian Assange had a mission to reveal the truth.’

The borderline medieval elevation of the whistleblower is a depressing sign of the times. Firstly, and most obviously, it reveals a profound slack in modern journalism, which seems to have transformed itself into a passive receiver of ‘truth’ rather than active seeker of stories. Journalists are increasingly reliant upon sneaked-out information from the citadels of power. This is bad for so many reasons: because journalists lose their dirt-digging drive and instead become grateful recipients of discs or graphs from disgruntled individuals; because it redefines ‘the truth’ to mean something graciously given to us by those in the know, rather than something we shape through the very act of seeking it, of analysing and understanding what we have found out; and because it inevitably nurtures shoddy, rushed, ill-thought-through journalism. Indeed, some of the claims about the NSA are now being called into question, which suggests that getting mere info from one man is no substitute for spending a long time looking for a story, and then discussing it, checking it, contextualising it, and making it something bigger than simply, ‘Look at what was whispered in my ear….’

The cult of the whistleblower also casts a harsh light on modern-day radicalism. The reliance of everyone from anti-war activists to civil liberties agitators on the revelations of One Brave Man, and their acceptance of the idea that there’s ‘wilful ignorance’ among the public, speaks to an increasingly elitist, almost Vatican-like politics, which treats social change as something to be brought about by tiny numbers of brave individuals in the face of general stupidity. Indeed, ironically, given the PC attitudes of the kind of people who worship whistleblowers, the cult of the whistleblower elevates mainly white, middle-class, well-connected men to the position of enlightener of the masses – for those are the kind of people likely to have cushy jobs in government, and therefore access to high-level information, and therefore the ability, apparently, to spread Truth far and wide.

Worst of all, the cult of the whistleblower reveals the mainstreaming of conspiratorial thinking, of the belief that dark forces rule over a weak and emaciated public that is kept in blissful ignorance. The crossover between respectable worshippers of whistleblowers and irrational purveyors of crank theories is great. So Alex Jones, infamous conspiracy theorist, is naturally a massive fan of Snowden. Today’s Guardian has a list of ‘brave whistleblowers’, which includes Annie Machon, formerly of MI5 and now a notorious ‘9/11 Truther’. That former icon Assange has written cranky essays with titles like ‘Conspiracy as Governance’. Meanwhile, a top Guardian columnist says the Snowden revelations ‘seem to confirm all the old bug-eyed conspiracy theories about governments and corporations colluding to enslave the rest of us’.

That’s the real impact of the cult of the whistleblower – the further promotion, among polite society as well as impolite, of the idea that evil networks control the unenlightened horde. It isn’t true. Yes, there are numerous attacks on our civil liberties today, but you know what? We are more than capable of seeing who is carrying them out, and of doing something about them, without needing a secular icon of ‘truth’ to hold our hands or massage our allegedly tiny minds.