Saying ‘I hate Michael Gove’ now works as a kind of password that grants one entry into the inner circle of polite society. Why has this happened? 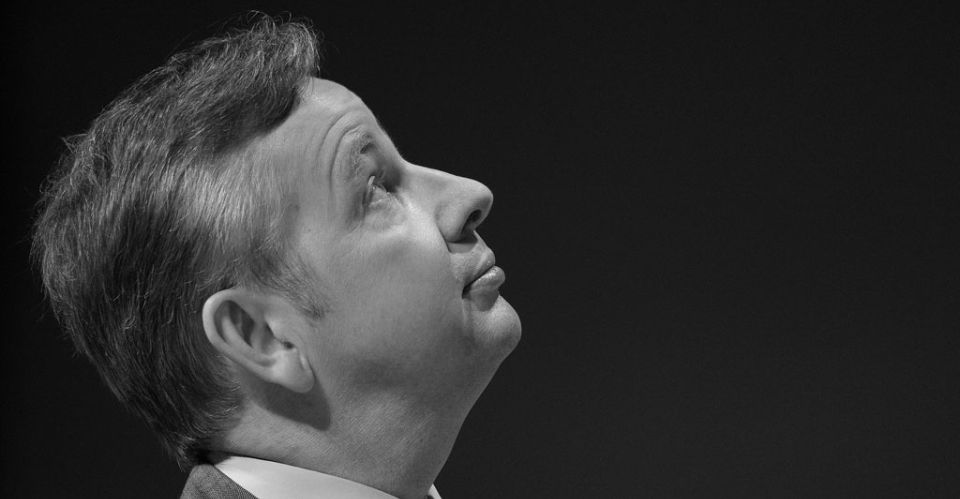 We were only a minute into our conversation when the total stranger gave me a knowing look, paused for effect, and said: ‘God, I really hate Gove.’

He then waited for me to reciprocate with my own affirmation that I, too, detest Britain’s secretary of state for education, Michael Gove. He seemed in no doubt that I would join him in this brief ritual of establishing one’s moral distance from that modern personification of evil, Gove.

I wasn’t surprised or shocked by this stranger’s display of what I call ‘Govephobia’. Why not? Because from the moment I arrived at this conference of educators and teachers, where I met this guy, everyone was rushing to share with me their own Gove-related horror story. In modern left-leaning circles, tales of how Gove is conspiring to destroy the teaching profession compete with conspiracy theories about the Murdoch Empire’s malevolent plots to destroy politics and justice.

In the taxi I shared with three conference delegates, I made the mistake of not rising to the occasion. When one teacher and head of science described the irreparable damage Gove had inflicted on his curriculum, I failed to follow his cue to participate in another round of Gove condemnation. Worse still, I hesitatingly suggested that the science curriculum may have been a little light on content and therefore might benefit from a bit of an intellectual boost from Gove’s education department. The stony silence that greeted my remark suggested I had inadvertently transgressed the moral boundary that now separates good from bad, the Gove-hater from he who fails to loathe Gove.

It’s as if Govephobia now provides many teachers and educators with a kind of corporate identity. The very mention of Gove’s name in a meeting is guaranteed to raise a collective smirk and the knowing shaking of heads. Saying something awful about Gove provides a person with the shining moral status that comes with being on ‘the right side’. Not only do you have permission to despise Gove – you are expected to express your emotions publicly whenever you can.

Govephobia is not confined to the teaching profession. Polite society also feels totally liberated from the tyranny of rhetorical restraint when it comes to Gove. Indeed, the chant ‘I hate Gove’ now works almost as a password, granting entry into the inner circles of polite society. Why else would Malorie Blackman lay into Gove as soon as she was appointed the new UK Children’s Laureate last week? She could have waited a few days before letting the world know that she, too, believes Gove is a threat to British childhood. She could have devoted her first public statement as Children’s Laureate to talking about her fervent commitment to capturing young people’s imaginations with great literature. But no – instead she chose to attack Gove’s history curriculum as ‘dangerous’. It was her way of saying: ‘I, too, observe the culturally correct rituals expected of our kind of well-connected, literary people.’

Blackman’s use of the term ‘dangerous’ is relatively neutral compared with the usual rhetoric that emanates from the Govephobic herd. At last year’s National Union of Teachers conference, one delegate described Gove as an ‘evil entity’. At this year’s conference, delegates competed with one another to win the prize for using the most striking metaphor of evil to describe Gove. Mary Bousted, head of the Association of Teachers and Lecturers, revealed her affinity for the vampire genre when she likened Gove and the head of Ofsted to ‘blood brothers… with a pact to suck the life and hope out of our education system’.

Lower down the food chain, there is a colourful herd of Gove-haters who are open to all-comers. If you really hate Gove, you can express your emotions by following ‘I Hate Gove’ on Twitter. The profile of @HateMichaelGove cannot be accused of subtlety. It says ‘Hello. I hate Michael Gove. Do you hate Michael Gove, too? Why not FOLLOW ME and we will HATE MICHAEL GOVE TOGETHER.’ That’s the stripped-down and unpretentious version of the worldview of today’s conformist Govephobic; today, various right-thinking sections of society cohere themselves around ‘hating Michael Gove together’. If you find you need more than 140 characters to express your loathing of Gove, then you can sign up to a Facebook page titled ‘We hate the idiot Michael Gove’. Becoming a friend of this group is guaranteed to make you feel that you truly belong.

So what is the point of this hate? At first sight it is not entirely clear what fuels Govephobia. There is little doubt that some of his policies can be strongly criticised. For example, his misguided embrace of the for-profit education sector needs to be subjected to some serious criticism. Education is not a suitable domain for the pursuit of private business. Experience shows that private education only works when it is founded on an ethos of commitment to schooling and not to making money. Public education has to be just that – public.

However, the way in which Gove provokes such intense hostility today cannot simply be down to the defects of some of his policies. After all, numerous education secretaries in recent decades have made a mess of aspects of education, yet they did not encounter anything like the hatred directed at Gove. Indeed, compared with education secretaries such as Estelle Morris and Alan Johnson, Gove the one-eyed man is definitely king; for all his sins, at least he actually understands and cares about the quality of education.

It is understandable why sections of the media really don’t like Gove. Unlike numerous so-called advocates of press freedom, Gove told Lord Leveson that his inquiry into the ethics of the press was a waste of time. At a time when the ideal politician is one who is free of the burden of holding political principles, Gove irritates observers by daring to hold and offer up strong views.

The main thing that breeds anti-Gove hatred is that he seems to be really serious about challenging the regime of low expectations in British schools. Consider all the flak directed at him for his attempts to change the history curriculum. If you listened to all the criticisms of Gove’s proposals for improving the history curriculum, you could be forgiven for thinking that history-teaching in schools is flourishing and that British children have a formidable knowledge of their nation’s past events. What people are effectively saying is: ‘Why is Gove messing with our wonderful history curriculum?’

The reality, of course, is very different. As someone who has dealt with undergraduates for over 40 years, it is clear to me that, today, even smart and idealistic 18- to 19-year-olds lack the kind of historical knowledge that is a pre-requisite for studying my discipline, sociology. Not so long ago, my colleagues and I could assume that all our new undergraduates understood the difference between a traditional and an industrial society. We could also expect them to have some clear ideas about the distinction between the pre-modern and the modern. This is no longer the case, because the history curriculum is now more interested in teaching so-called skills than providing pupils with the knowledge necessary to understand historical change.

When our new Childrens’ Laureate says Gove’s proposed history curriculum is not ‘relevant’ to black children, she is expressing the prevailing utilitarian ethos of valuing school subjects for their usefulness only. In this case, what makes history relevant is its usefulness for affirming certain identities. Mobilising history in order to flatter children might play a useful therapeutic role… but the true purpose of a quality education is to provide children with the knowledge and intellectual resources they really need, and to make them understand that such knowledge does not emerge from their experience. It is precisely the capacity to transcend experience and ‘relevance’ that distinguishes academic knowledge from folk knowledge. Those who hate the proposed history curriculum do not believe that most British school pupils would benefit from an intellectually oriented education; and they hate those, like Gove, who believe that they would.

It is this crass attitude towards the discipline of history, and many other subjects, that motives Govephobia. Why? Because if we were to create a school curriculum that was truly devoted to cultivating an intellectual ethos among the next generation, then a significant section of the education establishment would be exposed as emperors without clothes.

Frank Furedi’s new book, Moral Crusades in an Age of Mistrust: The Jimmy Savile Scandal is published by Palgrave Macmillan. (Order this book from Amazon(UK).) Visit his personal website here.