Ignore these pedlars of panic – the kids are all right

Report after report tells us that children are sad, lost and in need of expert intervention. Real-world evidence suggests otherwise. 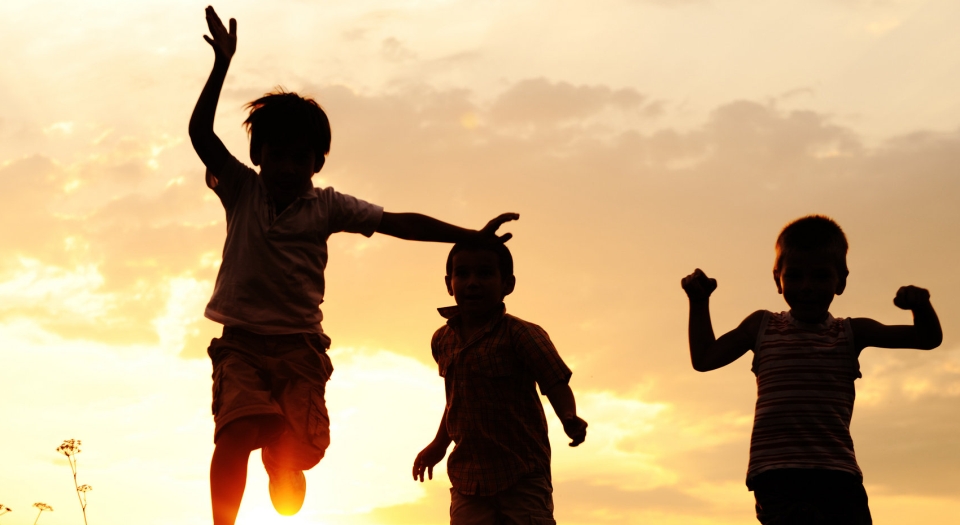 ‘Unhappy childhoods afflict one in 10 youngsters.’ So said newspaper headlines in the UK last week, following the publication of a ‘landmark survey’ by the Children’s Society of 30,000 eight- to 15-year-olds. Britain’s happiness guru, Lord Layard, co-author of a previous Children’s Society report titled A Good Childhood: Searching for Values in a Competitive Age, said: ‘Everybody involved in shaping children’s lives should sit up and take note of this report.’

I beg to differ. The phrase ‘Lies, damned lies and statistics’ springs to mind when reading the new survey, A Good Childhood Report 2012. One can manipulate numbers in amazing ways to bolster a weak argument, and the Children’s Society has been particularly creative in this regard. In the foreword, the Archbishop of York, John Sentamu, warns: ‘The fact that, at any one time, half a million children between the ages of eight and 15 suffer from low subjective wellbeing should be a wake-up call to us all.’

Talk about the glass being half empty! Surely we should celebrate the finding that at any given time 90 per cent of children are happy with their lives? Only those who believe ‘happiness’ is the be all and end all of human existence would think it was a massive problem that nine per cent of eight- to 15-year-olds have ‘low levels of subjective wellbeing’ at any given time.

Among older children, the figure was slightly higher: 14 per cent of 15-year-olds were found to have ‘low subjective wellbeing’ compared with four per cent of eight-year-olds. Yet this means that 86 per cent of teenagers are, on the whole, content with their lives. I, personally, had a pretty miserable time during my teenage years and I would not relive them for anything. I have long assumed that misery and introspection were par for the course for teens. In fact, it seems that ‘teenage angst’ is not necessarily the norm and that many young adults are pretty happy through their adolescence.

The authors of the Children’s Society report have not tried to interpret their findings with any degree of objectivity. Instead, they seem to have done their utmost to find some bad news. And of course, the bad news they have dredged up is the kind that requires policy interventions shaped by the Children’s Society’s own expertise. Elaine Hindal, director of the society’s Campaign for Childhood, said, ‘We know that, right now, half a million children are unhappy’, and ‘unless we act now’ we risk creating ‘a lost future generation’.

So in Promoting Positive Wellbeing for Children, a report ‘for decision-makers in parliament, central government and local areas’ published alongside A Good Childhood Report 2012, the Children’s Society ‘gives advice for decision-makers in formulating and evaluating the impact of policy on children’s wellbeing’. This report highlights a statement made by prime minister David Cameron before he entered government: ‘It’s time we admitted that there’s more to life than money and it’s time we focused not just on GDP but on GWB – general wellbeing. Improving our society’s sense of wellbeing is, I believe, the central political challenge of our time.’ Cameron was following in the footsteps of the New Labour government, which had introduced ‘happiness classes’ into schools.

The Children’s Society seems to be aware that it is pushing at an open door. But that’s no excuse for the paucity of convincing arguments in its two new reports. Some of the claims it makes beggar belief. In Promoting Positive Wellbeing for Children, it claims: ‘The evidence shows that a low level of subjective wellbeing is associated with a wide range of social and personal problems. These include: poor mental health, through increased depression; social isolation, through increased loneliness and likelihood of victimisation; and involvement in risky behaviours, such as running away from home and sexual exploitation.’ The report concludes that ‘improving levels of subjective wellbeing and preventing the resulting negative outcomes will reduce the personal impact to children and their families, and help ensure every child growing up in the UK has a good childhood, and positive life chances’.

Here, the society is explicitly arguing that young people’s low levels of subjective wellbeing are the cause of myriad social and personal problems. So apparently, all we need to do is make children feel more positive about themselves and their life chances will improve. And of course, this means getting experts involved in guiding teachers and parents to help promote children’s positive wellbeing. ‘Children need to see themselves in a positive light, and deserve to feel, and be, respected by all adults and other children’, the society says.

The Children’s Society argues that decision-makers ‘can take some simple practical steps to promote positive wellbeing for children’. Government initiatives should include: introducing ‘positive relationship education’; the ‘national roll-out of free parenting classes for parents with children under five’; and ‘increased funding for relationship advice for teenagers’. Given its track record, I doubt the coalition government will feel any compunction about taking on board these recommendations on the need to educate us all about how we should relate to each other and feel about ourselves. But surely we should have more faith in adults’ and young people’s ability to work out their personal lives and relationships for themselves, rather than relying on academics poring over survey results to teach us all how to speak, act and feel?

It is time we took a more critical look at today’s pessimistic view of human beings and the incessant doom-mongering about children and their relationships. Those who believe we are going to hell in a handcart unfortunately have a disproportionate influence in policymaking circles. Thankfully, though, there are some exceptions.

In the 2009 report, The Impact of the Commercial World on Children’s Wellbeing, commissioned by the then Labour government, Professor David Buckingham and his team warned against the idea of ‘toxic childhoods’, which they said ‘provides an extremely negative representation of contemporary childhood’: ‘Children are portrayed as vulnerable and helpless victims, rather than in any way resilient or competent – or indeed happy.’

Hitting the nail on the head, Buckingham and his team argued: ‘[Children] are seen to be suffering from a litany of ills and problems; the more positive aspects of modern childhood – for example, in terms of the range of opportunities children enjoy – are largely ignored. The possibility that most children (and their parents) are reasonably well-adjusted and doing fairly well is rarely entertained.’

Indeed. As I argue in my book, Reclaiming Childhood: Freedom and Play in an Age of Fear, there have been many positive changes in children’s lives over the past century. A little bit of historical perspective would be useful in these discussions. A couple of hundred years ago, children as young as six would have had to work long hours – longer than many adults would put up with today – in atrocious working conditions. A Daily Telegraph article from January 1860 (quoted in Karl Marx’s Capital) graphically describes the working conditions of children in the lace trade in nineteenth-century Britain: ‘Children of nine or ten years are dragged from their squalid beds at two, three or four o’clock in the morning and compelled to work for a bare subsistence until ten, eleven or twelve at night, their limbs wearing away, their frames dwindling, their faces whitening, and their humanity absolutely sinking into stone-like torpor.’ (1)

Children’s lives today are so much better in so many ways than a hundred or two hundred years ago. These changes were not brought about by children being taught to feel more positive about themselves, but by social progress – by economic development, improvements in housing and sanitation, medical advances, and much more.

This is not to say that ideas – subjective factors – are unimportant. The great leaps forward of the past two centuries would not have come about if previous generations had not had a belief in their ability to change society for the better. Will today’s generation of young people, who are constantly told that they are vulnerable and in need of expert guidance, feel a similar kind of confidence towards shaping the future? Of course, we should never stop fighting to improve society and the lives of current and future generations. But in order to do that, we need a far less fatalistic discussion about the problems we face and how we might overcome them, and we need to move away from blaming individuals and their ‘low self-esteem’ for every social ill.

Helene Guldberg is author of Reclaiming Childhood: Freedom and Play in an Age of Fear, published by Routledge. (Buy this book from Amazon(UK)).

spiked would like to organise an online debate that brings together teachers, childcare professionals, researchers, academics, policymakers, media commentators and the general public to take a more critical look at today’s doom-mongering about children. Rather than blaming individual inadequacies and labelling children as fragile and easily damaged, we need to try to identify what the real problems are – and how much they matter. We need to make sure more sensible forward-looking voices get more of a hearing, rather than allow the doom-mongers to monopolise public and policy discussions.

In order to organise such an online debate – including designing, programming, commissioning and marketing the debate, and putting together a report for policymakers – we need to raise sufficient funding. If you have any ideas for who we could approach for funding, or would like to help, please email {encode=”Helene.Guldberg@spiked-online.com” title=”Helene Guldberg”}.