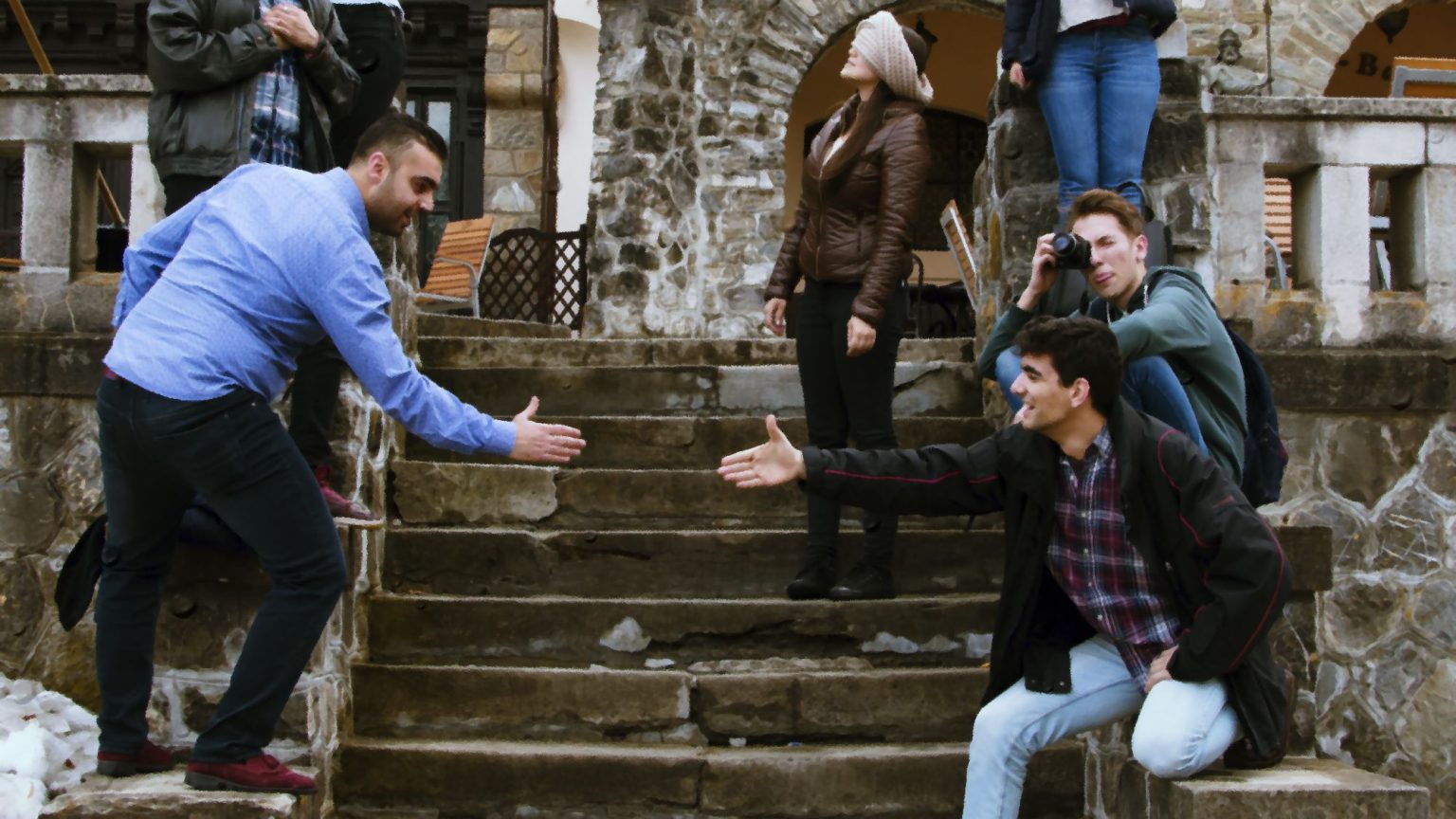 A therapeutic perversion of the ideal of tolerance

Making people feel good about their lifestyle choices is not what Enlightenment thinkers had in mind when they argued for moral autonomy.

Tariq Ramadan’s The Quest for Meaning is very much a ‘spirit of the age’ book. One of the most influential intellectual trends today is to seek refuge in nature, to search for meaning not in the human-made world but in the natural or biological world. This can be seen in the current fashion for evolutionary psychology, neuroscience, behavioural economics and environmentalism. Another powerful intellectual trend is what we might call a twenty-first-century version of perspectivism, which one-sidedly emphasises the intuitive and contingent aspects of human experience. And The Quest for Meaning tightly embraces both of these fashionable approaches to the world.

Although Ramadan’s book is presented as a spiritual meditation on the problems of existence, it is actually an eclectic mixture of current intellectual prejudices and old-fashioned appeals to revelation and dogma. What is fascinating about the book is the manner in which it leaps from discussing clusters of neurons to issuing poetic homilies about the nature of meaning. Statements such as ‘We are heading for the realm of consciousness and mind where all wisdoms remind us that it is shores that make the ocean one, and that it is the plurality of human journeys that shapes the common humanity of men’ sound like first drafts of the script for Lost. However, while Ramadan’s musings are elliptical, they nonetheless convey a clear message: that truth is very relative, or, as he puts it, ‘we have to begin humbly, by admitting that we have nothing more than points of view’. The only thing we share, he says, is our difference and diversity.

What distinguishes Ramadan from the usual posse of post-modernist or post-colonial critics of Enlightenment principles is that he writes both as an outsider and an insider. He is both an external critic of Western rationalism but also an internal advocate of the West’s rejection of its own legacy. His synthesis of Islamic particularism and European multiculturalism actually gives meaning to, and reinforces, Western self-doubt. In effect, Ramadan celebrates Western cultural elites’ own disenchantment with the principles of the Enlightenment, only he gives it an Islamic twist. Although he has gained an international reputation as an outstanding Islamic scholar, his arguments clearly bear the stamp of nineteenth-century European perspectivism and twenty-first-century Western multiculturalism.

Outwardly, Ramadan upholds the ideal of open-mindedness. But it’s an open-mindedness that avoids critical thinking and making judgments. His call for embracing multiplicity and diversity is about avoiding the challenge of intellectual clarification and moral judgment. Yet his celebration of diversity is deceptive, too, because his cheering of difference is actually oriented only towards those whose views echo his own. His acceptance of ‘all outlooks’ certainly does not extend to classical liberal thought; indeed, it’s worth noting that the only strong argument consistently pursued through his book is a critique of the liberal virtue of tolerance.

These days, multiculturalist thinkers frequently dismiss fundamental liberal moral principles such as freedom and tolerance as illusions, or as not being good enough. The claim that tolerance is ‘not enough’ springs from the idea that it is not a suitable principle for managing conflicts between the diverse lifestyles and groups that inhabit contemporary society. Ramadan is prepared to accept that tolerance had some value in the distant past, but he argues that it no longer possesses any positive virtues. He says tolerance has lost its positive content because it no longer involves the questioning of power. For Ramadan, calls for tolerance are really about acquiescing to prevailing power relations. ‘Calling upon powers to be tolerant once meant asking them to moderate their strength and to limit their ability to do harm’, he writes. ‘This actually implied an acceptance of a power relationship that might exist between the State and individuals, the police and citizens, or between colonisers and the colonised.’ (p47)

Here, it is important to note that the theorists of tolerance – Locke or Mill – were not motivated by a desire to challenge relations of power but rather by the goal of restraining the state from regulating people’s views and opinions. Their impulse was to uphold the freedoms of belief, conscience and speech, because liberals took the view that it was preferable for people to find their own path to the truth than that truth should be imposed from above. It was how the power of the state was used, rather than power relations in general, which the demand for toleration sought to address. However, Ramadan’s principal motive for questioning the virtue of tolerance is less about questioning prevailing power relations, and more about objecting to making any acts of judgment, evaluation or discrimination – acts which are actually integral to the virtue of tolerance.

Ramadan regards toleration as a form of paternalism; he castigates tolerance as the ‘intellectual charity’ of the powerful. From this perspective, tolerance constitutes a kind of insult, since ‘when standing on equal footing, one does not expect to be merely tolerated or grudgingly accepted’ (p47). In line with the values transmitted by the therapy culture that is currently widespread in the Western world, Ramadan wants, not toleration, but respect, validation and uncritical acceptance. That is why he, like numerous other multiculturalists, rejects tolerance on the ground that it is patronising or is ‘not enough’.

Ramadan’s claim that people do not want to be tolerated is another way of saying that they don’t want to be judged – but they do want to be affirmed. In his own way, Ramadan gives voice to the Western therapeutic imagination’s estrangement from making value judgments. Contemporary Western culture’s refusal to judge goes hand-in-hand with its celebration of the therapeutic value of affirmation and boosting self-esteem. This sensibility inexorably leads to the affirmation of individual and group identities, an act which has become something of a sacred duty in recent years. It is this gesture of granting respect-on-demand which constitutes the real insult these days, since it does not actually take people seriously. It is about making people feel good about themselves rather than seriously engaging with them – and that is the real form that patronising ‘intellectual charity’ takes today.

The obvious contradiction between toleration and affirmation means that contemporary culture and society are increasingly wary of the virtue of tolerance. Within multiculturalist doctrine, the principal strategy for overcoming this contradiction is to expand the meaning of tolerance so that it ends up encompassing the idea of acceptance and respect. And this semantic extension of tolerance, so that it takes on board the idea of uncritical recognition, transforms its very meaning; it turns a key Enlightenment virtue into an act of unconditional acceptance.

Ramadan is at least consistent. In his desire to uphold the values of recognition and respect, he rejects the virtue of tolerance altogether rather than seeking to give it a new meaning. He consigns it to the dustbin of ‘cultural domination’, insisting that ‘when it comes to relations between free and equal human beings, autonomous and independent nations, or civilisations, religions and cultures, appeals for the tolerance of others are no longer relevant’. Why? Because ‘when we are on equal terms, it is no longer a matter of conceding tolerance, but of rising above that and educating ourselves to respect others’ (p48). It is worth noting that the traditional liberal idea of tolerance also upholds the notion of respect – not, however, the idea of unconditional affirmation, as respect is understood today, but the liberal notion of respecting people’s potential for exercising moral autonomy.

It is precisely because Ramadan is unsympathetic to the idea of individual autonomy and moral independence that he can casually dismiss tolerance as the intellectual charity of the powerful. Tolerance is anything but charity. It refuses to suppress beliefs and views that are judged to be erroneous because it recognises that it is through the exercise of individual autonomy that greater clarity about the truth can be gained. In the end, everyone gains from toleration, since it is through exposure to conflicting views that society acquires certain insights and experiences an intellectual and moral flourishing.

Ramadan’s rejection of tolerance is driven by hostility towards the idea of critical judgment. But how can a ‘Quest for Meaning’ proceed without a capacity to judge? It is difficult to avoid the conclusion that Ramadan’s exhortation to ‘Judge Not’ is about evading making serious choices between different ways of life. ‘Avoiding Meaning’ would perhaps have been a better title for this book.

Frank Furedi’s On Tolerance: A Defence of Moral Independence is published by Continuum in June 2011. (Pre-order this book from Amazon(UK).) Visit his personal website here.

The Quest for Meaning: Developing a Philosophy of Pluralism, by Tariq Ramadan, is published by Allen Lane. (Buy this book from Amazon(UK)).