To corner a sporting cliché: football was the real winner in Qatar. 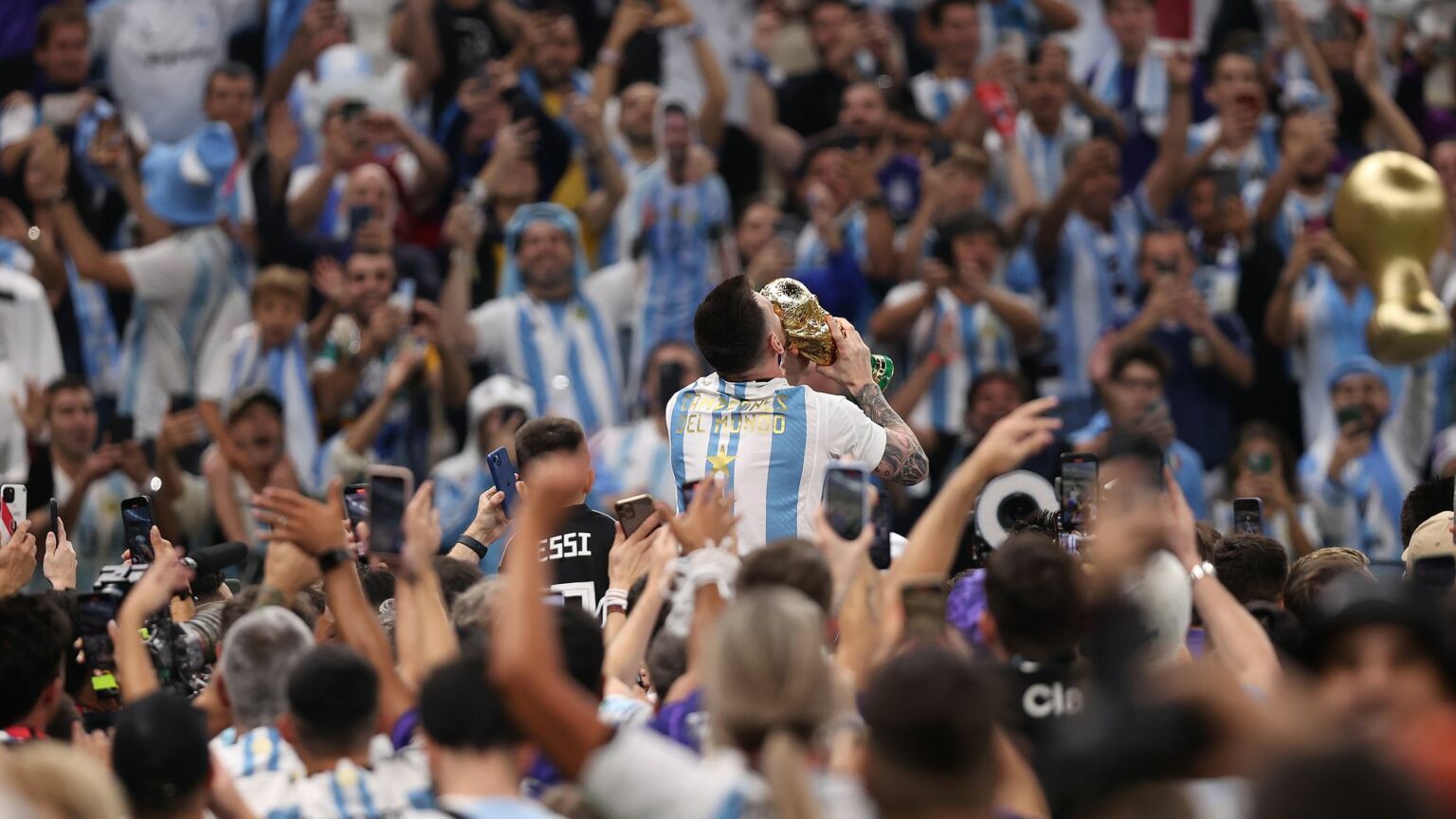 When FIFA chief Gianni Infantino declared that the ‘fantastic’ Qatar World Cup had been ‘the best ever’, it jarred almost as much as the sight of him handing the World Cup to Argentina’s Lionel Messi while wearing a suit and prison-white trainers. From the point of view of many normal fans, much about the 2022 World Cup made it look like one of the worst ever, from the moment FIFA made the crazed, corruption-soaked deal to award the biggest sporting event on Earth to the tiny desert state.

Argentina deservedly lifted the trophy. However, there is an old sporting cliché that goes, regardless of the result, ‘football was the real winner’. In the end, that seemed true in Qatar. As some of us had hoped, the sporting spectacle ultimately overcame all of the virtue-signalling and politico-cultural crap to ignite public excitement and deliver a thrilling finale.

True, things looked pretty bleak at the start, as all the advocates of ‘soccerism’ – that is, the use and abuse of football for politically correct ends – descended on Qatar waving rainbow armbands and other virtue-signalling tokens. Then the players took centre stage and pushed that noisy minority off into the wings.

Much to their supporters’ chagrin, those teams that indulged most publicly in the woke circus often came off worst in the football. We will all remember the German team, for example, posing for a collective sealed-lip protest just before Japan shut them up on the pitch.

England fans were left wishing coach Gareth Southgate had spent less time declaring his team’s wish to ‘educate’ the world in wokeness, and more time teaching them how to cope with top opponents. Might the energy expended in the row over captain Harry Kane’s rainbow armband have been better spent practising penalties? The prematurely dancing Brazilians were also left looking silly after playing up to their image as the world’s favourite carnival kings, only to be dumped out in the next round by the more prosaic Croatians.

Meanwhile, the triumphant Argentinians stuck to more traditional football patriotism and, well, shithousery. They taunted the beaten Dutch players on the pitch after their quarter-final win. Then, in the final, goalkeeper Emiliano Martinez used every trick he learned playing for Rotherham United and Sheffield Wednesday to put off French penalty-takers, before making ‘lewd’ (Daily Telegraph) gestures on the winners’ rostrum.

In football terms, it was also heartening to see the relative lack of success for those top teams adopting the slow, tippy-tappy, playing-out-from-the-back style that has become the boring norm in far too much football. Finalists Argentina and France both played it faster and more direct.

After Qatar, are we witnessing a New World Cup Order? Much was made of some startling shock results, with Saudi Arabia’s opening group match victory over Argentina officially rated the biggest ever upset in World Cup history (finally displacing the US beating England in 1950).

Yet, in the end, the final was again contested by footballing powers from the only two continents – South America and Europe – ever to provide World Cup winners. Two-time winners France (1998 and 2018) have now played in four of the past seven finals. Argentina became the fourth country (after Brazil, Germany and Italy) to win the World Cup three times (1978, 1986 and 2022). So, plus ça change, plus c’est la même chose?

Yet behind those headlines, there might be signs of some interesting shifts. Italy, the European champions, failed to even qualify for Qatar. Germany went out at the group stage for the second World Cup in a row. Morocco became the first-ever African and Arab nation to reach the semi-finals, and Japan showed that Asian teams can compete at the highest level.

One factor is that so many players from the developing football world now play for clubs in the top European leagues. Football may be an increasingly global game, but the draw of big money has also made it more Eurocentric. For example, Morocco’s stars included familiar names from clubs such as West Ham, Bayern Munich and Paris Saint-Germain, while Japan’s forward, Daizen Maeda, plays for Celtic in Scotland. Argentina’s brilliant second goal in the final was set up by Alexis Mac Allister of Brighton and Hove Albion. By contrast, Pelé, the now-ailing legend who remains the only player ever to win three World Cups, never played club football outside Brazil.

Talk of World Cup stars who play for European clubs inevitably brings us to Argentina’s Lionel Messi and France’s Kylian Mbappé, currently both at PSG. The mercurial Mbappé rose to the heights we hoped he would in Qatar, becoming the first player since England’s Geoff Hurst in 1966 to score a hat-trick in the final. France lost on penalties, but Mbappé will be back. Unlike Messi, who sent Argentina into ecstasy and delighted millions of fans worldwide by deservedly lifting the World Cup at his last opportunity.

Footballing magician Messi is unquestionably one of the all-time greats. But pardon me (and football is, to quote another cliché, a ‘game of opinions’), if I draw the line at the British media’s claims that this win makes him ‘the greatest ever’ World Cup star. His countryman, the late, lamented, incomparable Diego Maradona, still deserves that title as the only player to ever win the World Cup almost single-handedly in 1986 (and, given that Maradona famously only used his right foot to stand on, he arguably won it on one leg). The suspicion remains that much of the Nu Football elites’ adoration of Messi reflects their disdain for more flash and fiery working-class stars such as Maradona or Cristiano Ronaldo.

And finally, what of England? Qatar 2022 proved another predictably frustrating tournament for us fans. Our group of exciting young players exploded on to the world stage in attacking wins over Iran, Wales and African champions Senegal. Yet faced with France in the quarter-final, cautious Southgate deployed his ‘lockdown football’ again, with predictable results.

Last word on Qatar 2022. Congratulations to Argentina and Messi, worthy winners. And, at the risk of being proved wrong in two years’ time: Southgate Out.