Critical race theory is being taught as fact

A new report proves once and for all that our schools have become places for indoctrination, not education. 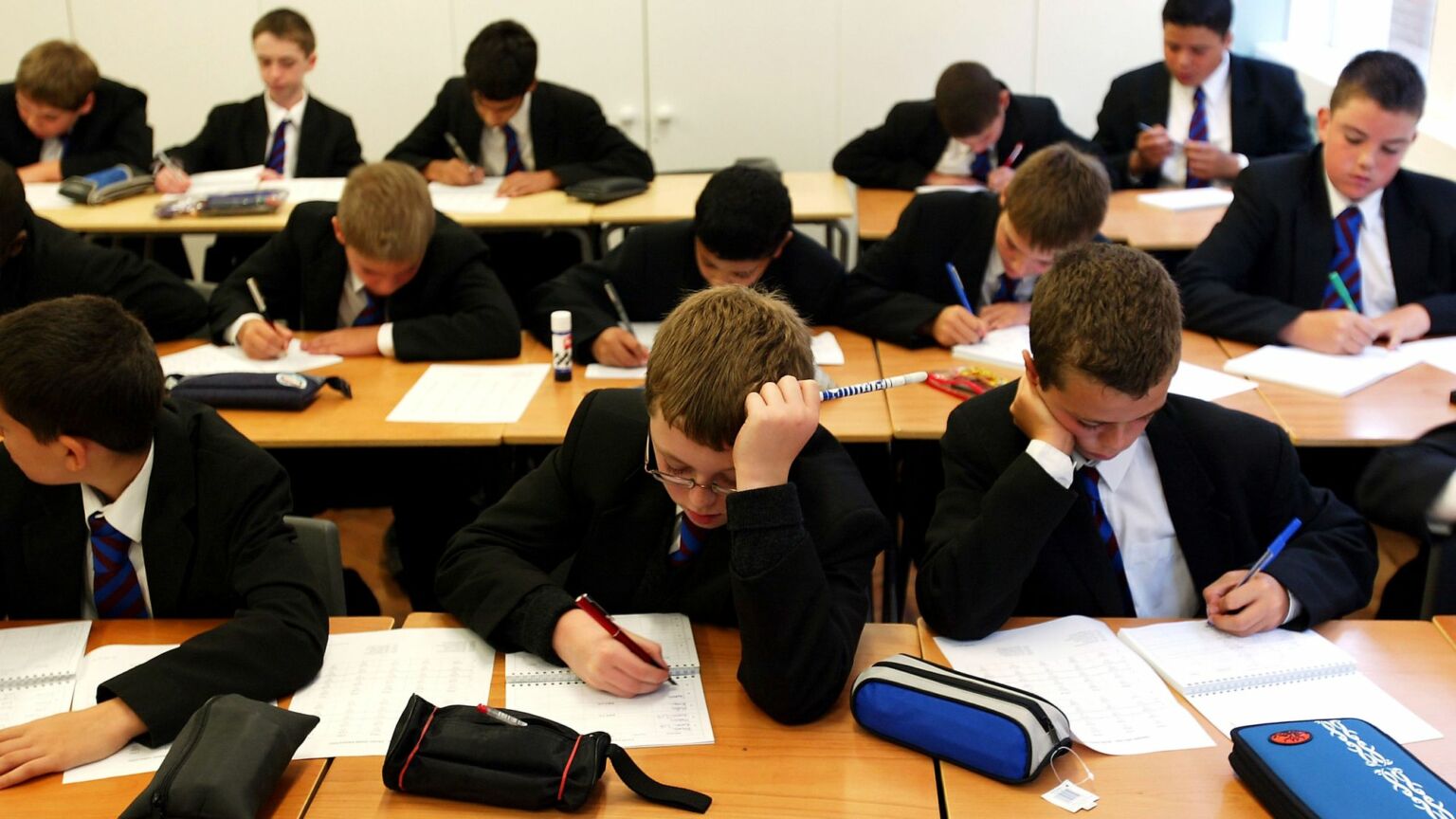 Mention woke indoctrination in schools and most people might imagine something like a pink-haired, nonbinary teacher forcing children to take the knee for Black Lives Matter. If you look on TikTok, you will find no shortage of such teachers gleefully revealing how they sneak Pride flags, LGBTQ+ books and BLM posters into the classroom. Certainly, there are plenty of activist teachers working in schools, who see pupils as a captive audience. Yet as worrying as such examples may be, they are merely the tip of the iceberg.

New research conducted for Policy Exchange by author and academic Eric Kaufmann suggests that activist teaching is now extremely widespread in the UK. What’s more, it is beginning to have an impact on the views of young people. Polling for The Politics of the Culture Wars in Contemporary Britain, published last week, finds that six out of 10 school leavers say they were either taught about ideas associated with critical race theory, or they heard about them from an adult at their school. These include concepts like white privilege, systemic racism and unconscious bias. Slightly more – 65 per cent – say they either encountered the concept of patriarchy or the idea that there are multiple genders from adults at school.

Unsurprisingly, given the prevalence of critical race theory in schools, the research finds that young people are likely to think Britain is a racist country. Kaufmann finds that almost half of people aged 18 to 24 believe that Britain was founded on racism and continues to be structurally racist today. By contrast, when people of all ages are taken into account, close to 60 per cent of the public reject the view that Britain is a racist country.

These ideas have gained ground precisely because it is not just pink-haired TikTok teachers who are intent on promoting a one-sided, politically motivated view of the world. It is also the academics who write the school curriculum and textbooks. It is the university educationalists who train each new generation of teachers. It is the journalists and campaigners outside of schools who agitate for their own pet issues to gain a hearing in the classroom. And it is the people who stock the school library and put together online resources for teachers and children alike. The upshot is that when it comes to English, history, geography and even maths, the curriculum itself has become politicised.

Discussions of gender identity and ideas that emerge from critical race theory are not just a sneaky addition to the ‘proper’ curriculum. They are now central to what and how children are taught. In many schools, books featuring transgender characters are used in literature classes not because of the quality of the writing, but because of the issues about identity that such texts raise. Similarly, slavery and empire feature on the history curriculum not so much because of their important place in human history, but more as a means of discussing current concerns with race and racism. And all of this is in addition to the assemblies, form periods, PSHE classes and RSE lessons that provide a forum for promoting the woke outlook. In these kinds of lessons, social engineering really is the main point.

The Policy Exchange research shows that this politically aligned teaching is sowing the seeds of a divisive generational split. When asked about how Britain’s history should be taught in schools, most people would like to see a national narrative that emphasises pride over shame, while also wanting shameful episodes to receive serious attention. However, the under-30s are much more likely to think that shame should be emphasised, according to this research.

The attitudes young adults are likely to have encountered while at school stand in contrast to the Enlightenment values that have shaped Western societies for the past two centuries. The Policy Exchange report adds to a growing body of evidence showing that young people are more sceptical about the importance of free speech, democracy and tolerance than older age groups. It shows that those aged 18 to 25 are evenly split on whether the gender-critical academic Kathleen Stock should have been defended by her university when she came under attack from trans activists. They are also split on whether Harry Potter author JK Rowling should have been dropped by her publisher for her comments on trans issues. In contrast, older adults are more likely to value freedom of expression over censorship. And while 38 per cent of young adults agree with the idea of removing Winston Churchill’s statue from Parliament Square because he held racist views, among adults as a whole this figure falls to just 12 per cent.

Education and indoctrination have become blurred, and the impact of this is now being felt beyond the school gates. We need to tackle this problem head-on. Sadly, it is no longer enough to say that teachers should simply stick to teaching when the curriculum itself is so politicised. Instead, we need a wider debate about the purpose of schools. And parents need to be given much clearer information about exactly what their children are being taught. We need teachers to be more ambitious when it comes to conveying subject knowledge, less keen on promoting their own political views and wise enough to know the difference between the two.