Qatar and the bonfire of the virtue-signallers

Football’s woke pundits are struggling to justify their hypocrisy. 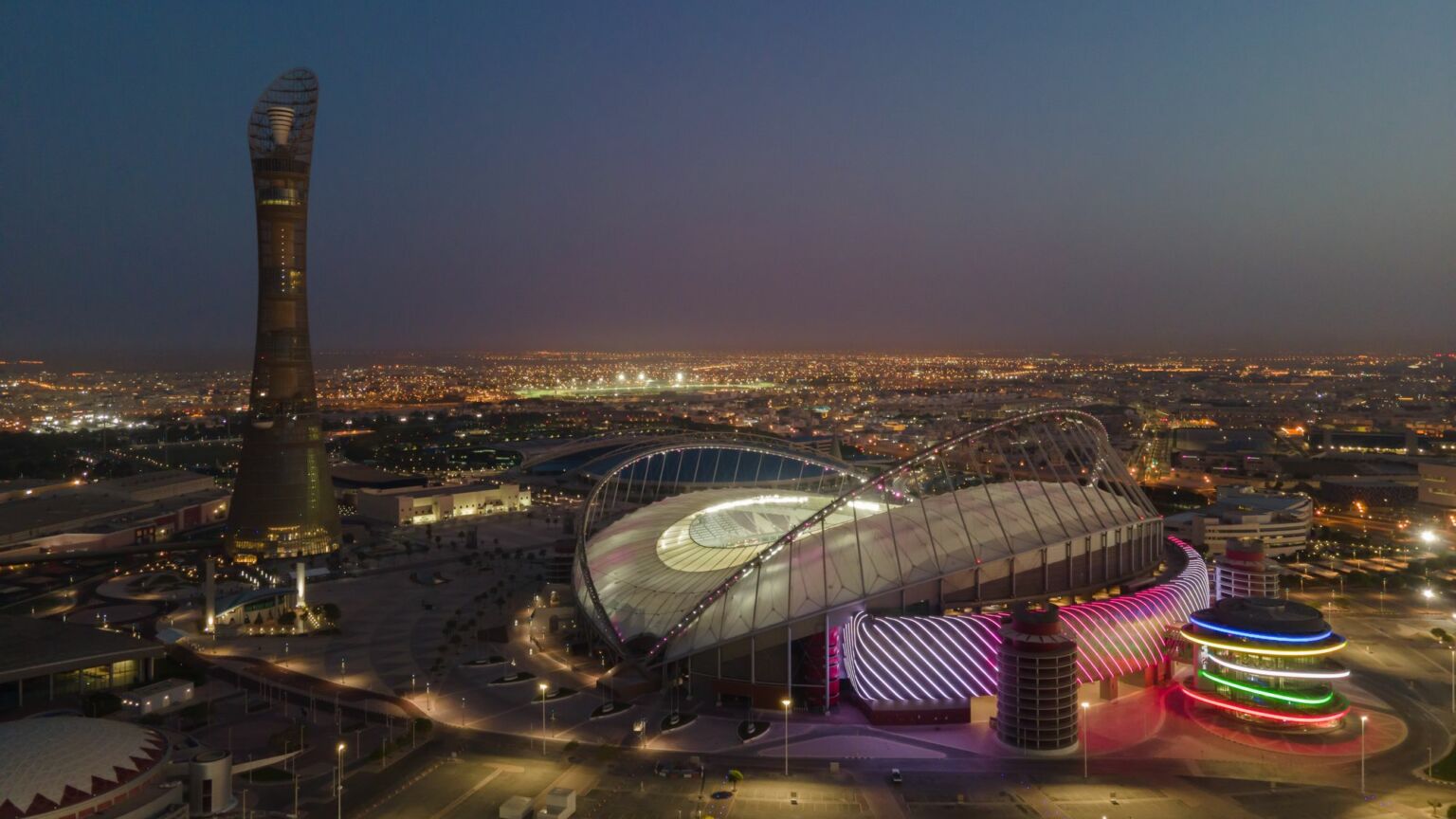 Gary Neville’s hypocrisy was painfully exposed on Friday night’s Have I Got News For You.

Neville, as a footballer turned pundit, is a man who presents himself as a paragon of right-on virtue. A man who parrots all the acceptable prejudices of the woke political and media elites. A man who wants footballers to go back to ‘taking the knee’ before every game, and who thinks nothing of inveighing against the Evil Tories, calling them ‘a cancer’ on the UK.

And yet, as HIGNFY regular Ian Hislop pointed out, this ever-so-virtuous man is only too willing to take money from the illiberal, intolerant Qatari state, through his World Cup commentating gig for Qatar-owned beIN Sports.

Pushed by Hislop, Neville claimed that he could either stay at home or use his beIN position to ‘highlight the issues and challenges’ in Qatar – a strangely restrained way to refer to Qatar’s well-documented abuses. To which Hislop retorted: ‘The other option is you stay at home and highlight the abuses. You don’t have to take the Qataris’ money. It’s just not a very good defence.’

It seems Neville is happy to adopt right-thinking postures without ever actually sacrificing anything. So he is happy to pontificate about football’s alleged problem with homophobia, all while being paid by a state that has made homosexuality illegal. He is happy to bang on about football’s alleged racism problem, all the while being paid by a state that has treated migrant workers appallingly. And while he has no problem denouncing the British government, he seemed oddly measured on HIGNFY when it came to the Qataris. His sanctimony is now being exposed as sheer hypocrisy.

Neville is far from alone, of course. The Qatar World Cup is proving to be the undoing of football’s entire virtue-signalling industry. Those who have used football as a pulpit to deliver woke sermons in recent years are now remarkably restrained in their criticisms of one of the least tolerant regimes on Earth.

Think of England’s headboyish manager, Gareth Southgate. Over the past couple of years, he has been hailed by the right-thinking classes for demanding ‘an end to white privilege in football’, and for explaining that his team has a ‘duty’ to ‘raise awareness and educate’ on ‘matters such as equality, inclusivity and racial injustice’. He has clearly started to revel in his role as a posterboy for the ‘progressive’ elites. This summer, he said England players would continue to take the knee because they want to ‘educate people around the world’.

And yet, in just a few weeks time, his awareness-raising, knee-taking team of missionaries will put their consciences aside to play in a football tournament in Qatar. When questioned last week about the Qatari state’s treatment of the workers who helped build the World Cup stadia, Southgate said: ‘I’ve been out to Qatar several times and I’ve met lots of the workers out there and they are united in certainly one thing, that’s that they want the tournament to happen, and they want that because they love football.’ Quite what the families of the 6,500 workers from India, Pakistan, Nepal, Bangladesh and Sri Lanka who have died since Qatar won the right to host the World Cup would make of Southgate’s comments is unclear. But it’s unlikely to be ‘it’s what they would have wanted’.

It’s not just football’s woke pundits who are coming a cropper in Qatar, either. Countless corporate behemoths, from Coca-Cola to Nike, have in recent years ostentatiously expressed their support for every ‘progressive’ cause going, from BLM to trans rights. And yet there they will all be in Qatar, using the World Cup to promote their wares on the biggest stage of all, with barely a second thought given to the well-publicised repression and illiberalism of Qatar’s rulers.

The Qatar World Cup is fast turning into a bonfire of the virtue-signallers. Those who claim to be so incredibly moral are showing that they will only ‘make a stand’ when doing so is easy and will enhance their status. Now they are being bitten by their own posturing.

This is not to say that they should all now mount a boycott of Qatar for the sake of consistency. Sporting boycotts can, if nothing else, become their own form of moral preening. But at the very least pundits and corporates should drop the pretence that their business dealings are akin to charitable, awareness-raising endeavours. They should stop using football as a means to burnish their right-on credentials and bash the public.

The sight of British football pundits lecturing the Qataris at half-time would indeed be ridiculous. But what’s even more ridiculous is them lecturing fans endlessly at home, conjuring up bigots where few exist. Had the footballing elites kept their sermons to themselves in recent years, there wouldn’t be nearly as much criticism of them now for deciding to go to Qatar.

In the end, the solution to this mess is quite simple: let’s kick the moralising out of football.