TraumaZone: why Russia is still haunted by history

Adam Curtis’s new series offers a raw insight into the painful collapse of the Soviet Union. 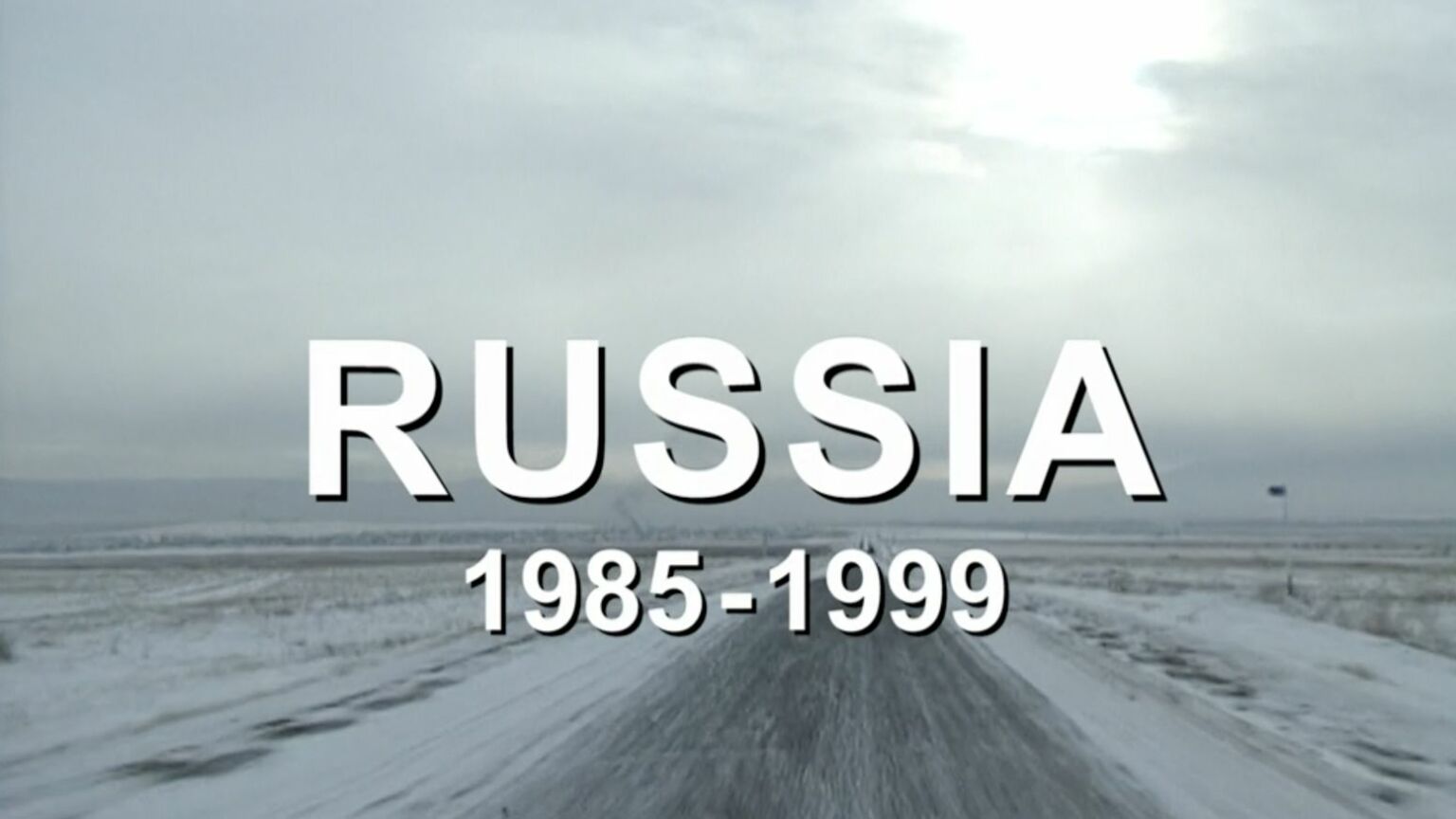 So many eloquent scenes. The young woman roundly told by the administrator at an abortion clinic that, at her age and in her excellent state of health, she should be having her child in the interests of Russia’s future. The burly ladies in their dungarees, laughing as they try to break up huge lumps of coal at the mine where they work. The glimpsed interior of Boris Berezovsky’s car, minutes after the tycoon’s narrow escape from the bomb that decapitated his driver. These are just some of the many memorable vignettes in Adam Curtis’s latest multi-part documentary, Russia 1985-1999: TraumaZone. It chronicles, as his subtitle has it, ‘what it felt like to live through the collapse of Communism and democracy’. Everyone who samples even one of the hour-long instalments will come away with their own favourite vignettes.

The efforts to compose a new Russian national anthem, after the collapse of the Soviet Union, are worthy of a satire show all on their own. As is the dismantling of the Lenin Museum, with the brains of the first Soviet leaders still preserved in jars, as staff smash statues of Lenin and Co into jagged pieces. We also see an increasingly drunk and erratic Boris Yeltsin – then still the president of a nuclear power – and his sallow successor, Vladimir Putin, as he is named Yeltsin’s umpteenth prime minister. Putin was barely known at the time and is filmed almost out of shot.

It is worth watching the full seven hours for the cumulative effect. The documentary is episodic and seemingly scattergun, but builds into an epic whole.

Shunning commentary, Curtis nonetheless leaves no doubt about where he stands. When the subtitle rolls at the opening of each part, the words ‘and democracy’ appear in a new frame after just the slightest pause. The point is made – it is not just the Soviet Union that collapsed, but also the democracy that was supposed to follow.

Similarly, Curtis lets certain juxtapositions tell their own story. The women cutting coal and those bartering for tissues and lipstick inhabit the same country as those paying hundreds of dollars for American-style self-improvement seminars. The astronaut, Sergei Krikalev, is stranded in space for six months following the Soviet collapse. Queen Elizabeth II attends the ballet with Boris Yeltsin, even as Russia and Chechnya are gearing up for war.

TraumaZone also features an eerie foreshadowing of the war in Ukraine today. We see Ukrainians embrace their independence, but rekindle their old quarrels, too. The ruins of the Chechen capital, Grozny, show what Russian military power can do and refugees testify to the barbarity of the invader. The mass protests mounted by mothers desperate to extract their sons from the Chechen warzone invite the question: where is that movement now, when the sons of those sons are being dispatched to Ukraine?

TraumaZone also serves as a salutary reminder of what many forget – that Russia had its democracy moment, too. Even before Muscovites massed in the rain to defend the Russian parliament after the anti-Gorbachev coup on 19 August 1991, the capital and other cities experienced huge weekly pro-democracy and anti-Communist demonstrations. Curtis shows Yeltsin disbanding the Communist Party in Russia, but little of what came before. It was not just Yeltsin who stood for democracy – there was a genuine, popular movement.

For all the graphic footage and artistry, however, Curtis’s assemblage can only be a first draft of before and after the Soviet Union’s collapse. This is not just because that history is still in progress, as the war in Ukraine so tragically shows. I am also not entirely convinced that Curtis quite captures the great sweep of change, even if his cacophony of micro-stories takes us closer to the raw reality of the period than any documentary has done so far. He might reasonably object that what he set out to do was a bottom-up, not a top-down, sort of history. He also had to be ruthlessly selective. The raw material – much of it unaired footage stored in the BBC’s Moscow office – was voluminous.

Nonetheless, there seem to be some surprising omissions. One is Mikhail Gorbachev’s televised resignation on 25 December 1991, when the Western world was celebrating Christmas. TraumaZone tells us that Gorbachev sat alone and wept after Russia, Belarus and Ukraine agreed to dissolve the Soviet Union, but we are not shown how he finally put it out of its misery. Another omission might be Yeltsin’s emotional address at the funeral for the coup victims, lamenting that he ‘could not defend, could not save your sons’.

The revival of religion is another gap left by Curtis. We are shown the improbable efforts of American missionaries to Christianise Russia, but not how Russians themselves flocked back to the Orthodox Church, in part as an expression of national belonging. With this revival came a new interest in ecclesiastical art, a return to church christenings, weddings and funerals and the rebuilding of the Cathedral of Christ the Saviour in Moscow, which had been blown up by Stalin. The regilding of church domes was one of the first visible signs of change spreading through the landscape, as Gorbachev’s perestroika came and went.

Sometimes Curtis seems to conflate the many disastrous social consequences of the Soviet collapse with what were endemic ills of the Communist system. The terrible-quality housing, the shortages and the failing infrastructure were facts of the Soviet system, already evident when I was an exchange student in Russia in the 1970s. The big shock that followed the overnight lunge for capitalism was the visible poverty and destitution, which now coexisted with ostentatious wealth. This precipitated the traumatic memories that arguably infuse Russia to this day.

Lastly – and I grant this is pedantry – the title, Russia 1985-1999, is not really correct. The series includes not only Russia, but also many of the Soviet republics, before and after the collapse of the union. I mention this only because, 30 years on, the West has acquired an unfortunate tendency to regard Russia as a latter-day Soviet Union, with the same faults and complexes. ‘The Soviet space 1985-99’ is of course an ugly formulation, which may explain why ‘Russia’ was preferred.

Curtis’s Russia has laughter and despair, cynicism and faith, crime and punishment. It has singing and dancing and war. For all that, the scale and depth of Russia’s collective trauma remain elusive – it is, after all, still being played out. I am also not convinced that Russia has given up on democracy. Some of the feisty voices from the crowd challenging the powers-that-be back in those days reveal a spirit that will surely return.

Importantly, Russia 1985-1999: TraumaZone offers an explanation for how Putin became so popular among Russians. He was, initially at least, viewed as a bringer of order and a scourge of the oligarchs. That is something the rest of the world should know.

Now more than ever, Western audiences need an insight into how Russia got to where it is today.