Blonde and the crisis of film criticism

A new Marilyn Monroe-inspired film has been woefully misunderstood. 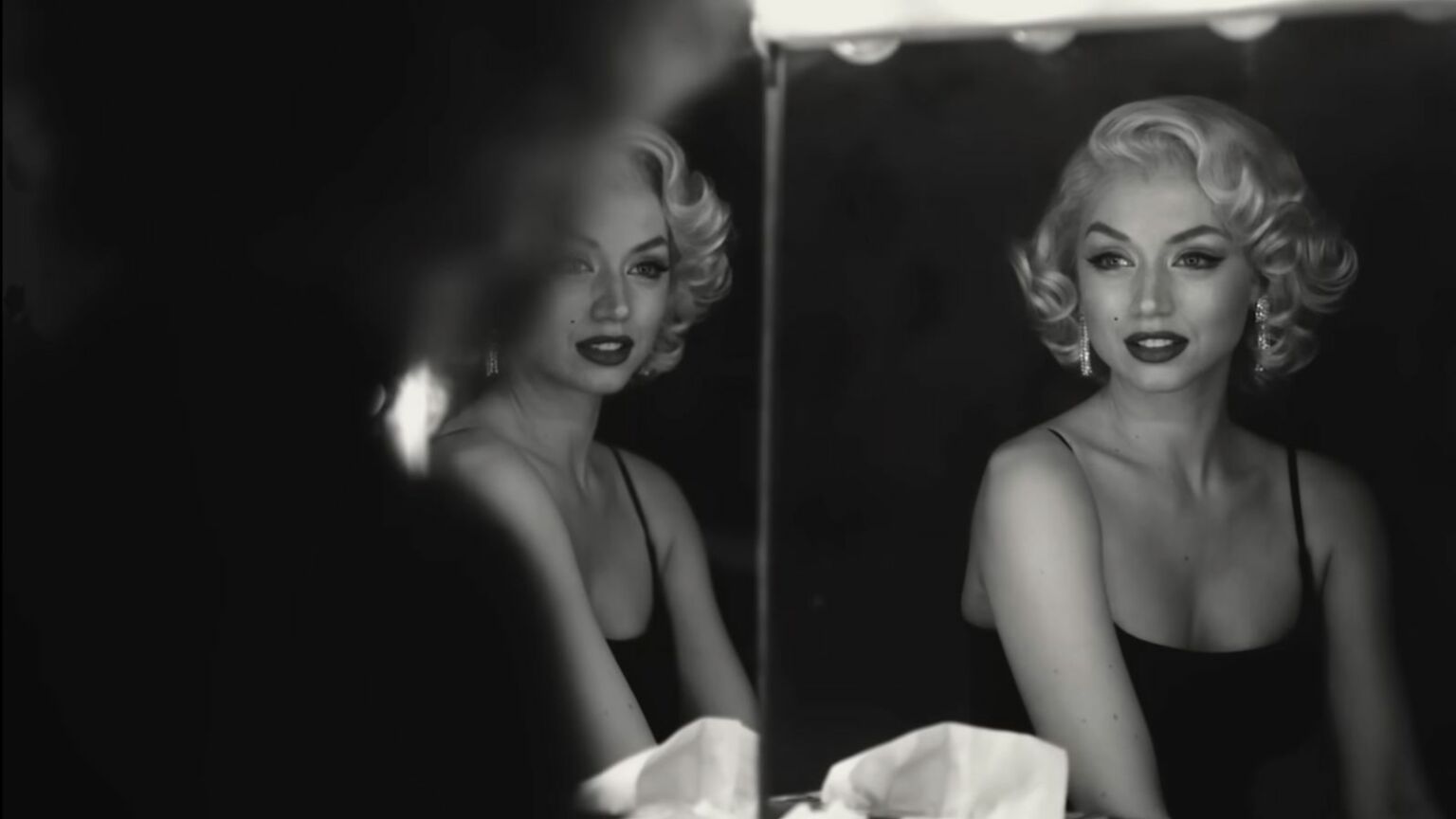 The new Netflix film, Blonde, has sparked an extraordinary and bizarre critical backlash.

Written and directed by Andrew Dominik, and based on the novel of the same name by Joyce Carol Oates, Blonde takes Marilyn Monroe as its muse. But it is not a straightforward biopic of the tragic Hollywood star. It is a dark and experimental attempt to explore the human condition. It delves deep into the experience of love, loss and trauma. And while it is harrowing, it is often funny, too.

Blonde is above all a work of art. It is not trying to tell the true story of Monroe’s life. Rather, as Dominik himself has said, ‘it’s an emotional [experience]’. Dominik takes liberties with the truth in order to convey how he imagines Monroe’s inner life to have been. Or as Ana de Armas, who plays Monroe, has put it: ‘Dominik’s ambitions were very clear from the start – to present a version of Marilyn Monroe’s life through her lens… He wanted the world to experience what it actually felt like… to be Marilyn.’

The critical backlash against Blonde ignores these very clear intentions. Critics have treated Blonde not as art, but as biography. Some have slammed it for not being factually correct. Others have even complained that it is insufficiently hagiographic.

One Monroe fangirl warns her readers that Blonde doesn’t ‘capture too many of her greatest achievements’, such as her ‘speaking out against injustice’.

Others seem to resent the way Blonde tries to portray Monroe’s inner turmoil. In Forbes magazine, senior contributor Paul Tassi accuses Dominik of ‘getting off on the awfulness on screen’. New York Times film critic Manohla Dargis says that it is ‘a relief that [Monroe herself] didn’t have to suffer through the vulgarities of Blonde, the latest necrophiliac entertainment to exploit her’. Both seem to miss the point of the film entirely.

Others are just angry that Blonde doesn’t do justice to their idea of Marilyn. This Marilyn was supposedly a ‘feminist icon’, a ‘strong and independent woman’, an ‘anti-racist and civil-rights activist’, and ahead of her time in ‘promoting body positivity’. Instead, as Los Angeles Times film critic Justin Chang complains, Blonde ‘isn’t really about Marilyn Monroe. It’s about making her suffer.’

All these critical responses are bizarre. Just because Blonde does not fit with reviewers’ prejudices, because it is not entirely sympathetic to their idea of Monroe, they simply refuse to engage with what it is actually trying to do. This is a shame, because, judged on its own terms, Blonde is an impressive piece of filmmaking.

That critics are entirely missing the artistic point of Blonde speaks to the crisis of film criticism today. Critics seem far more interested in the political message it is – or isn’t – promoting. They want Blonde to be something it’s not. They want it to tell what they believe to be the ‘correct’ story. They want it to be a biopic, or even a hagiopic. This refusal to judge an artistic endeavour on its own terms is the height of philistinism.

Besides, what exactly would amount to a truthful depiction of Monroe? The idea of Marilyn Monroe is continually being reinvented for the needs of the contemporary moment. In her time, this delightful comedic actress was the height of glamour, the archetypal movie star and a sex symbol (an image she herself consciously helped to construct). Later, she was seen as a victim of sexism and drug abuse, a tragic individual who struggled mentally to find her place in the world. And now it seems we are supposed to view her as a feminist icon who promoted ‘body positivity’.

This version of Marilyn Monroe is just as much a myth as the image of the flawless movie star of old. And like the earlier Monroe myths, this feminist Monroe is a product of today’s cultural and political preoccupations.

Blonde stands apart from these preoccupations. It is driven by its own artistic imperatives, not by a desire to mythologise Monroe or to tell the right political message. And it should be judged and enjoyed on those terms.

Watch the trailer for Blonde here: