Populist voters are reinvigorating democracy, not threatening it. 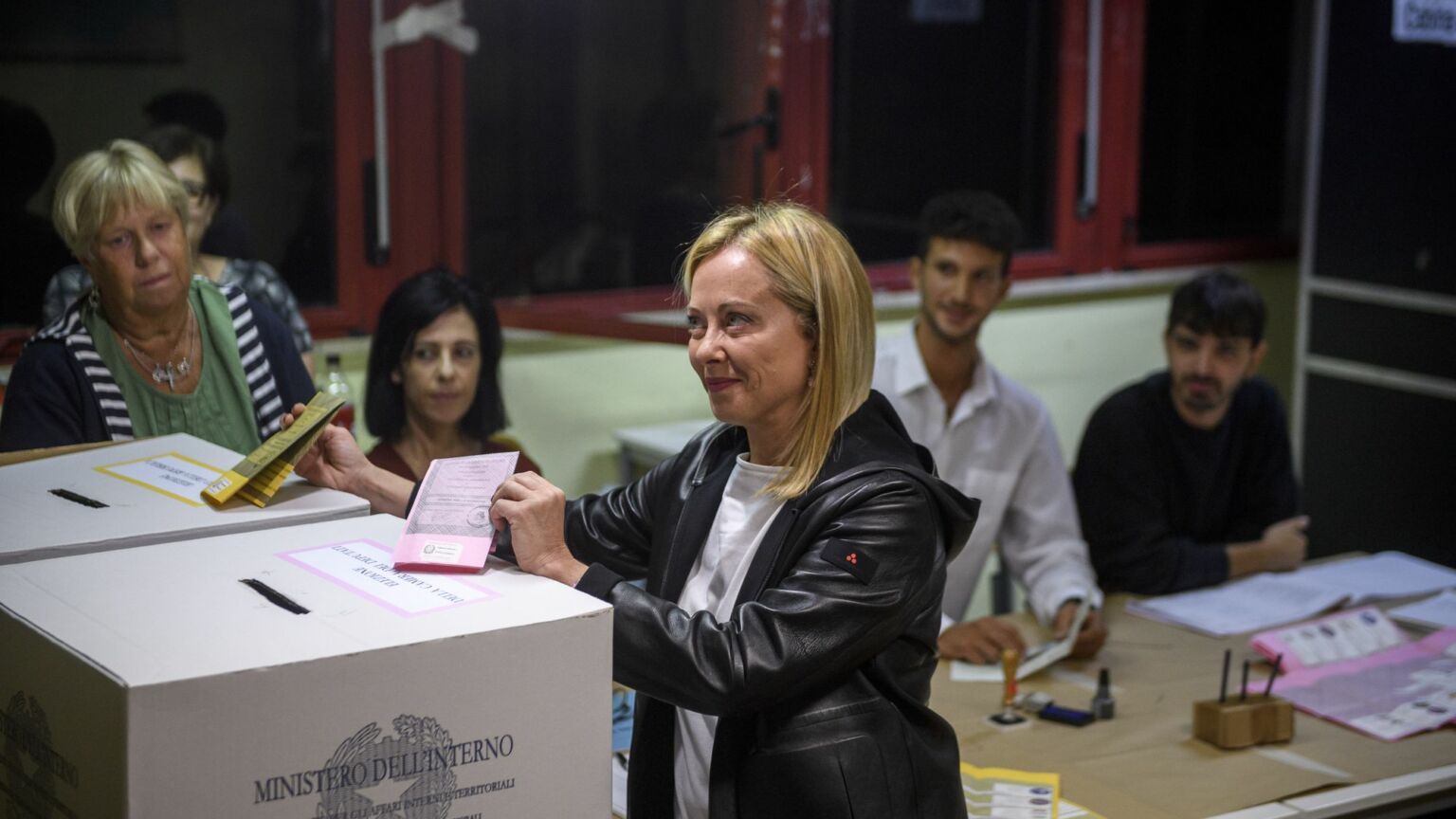 These days, whenever an election goes badly for members of the political establishment, they are quick to complain about ‘democratic backsliding’.

So, last weekend, when voters in Italy rejected the mainstream parties and voted for a coalition of right-wing parties instead, the response of the establishment was to raise the spectre of democratic backsliding. As Spencer Bokat-Lindell argued in the New York Times, ‘countries around the world, including the United States, are confronting what experts say is a worldwide wave of democratic backsliding’. The term democratic backsliding – sometimes also called ‘autocratisation’ – refers to the supposed decline in the democratic characteristics of a political system. It is said to be the opposite of ‘democratisation’.

In reality, accusations of democratic backsliding or autocratisation have little to do with the health or otherwise of democracy. They are intended to delegitimise the election of individuals and parties that go against the outlook of the technocratic and cultural elites. For instance, Bokat-Lindell points to Hungary’s Viktor Orbán as the ‘most prominent practitioner of… “soft autocracy”’ in Europe, even though Orbán has only ever been elected by Hungarians in free and democratic elections. That he can be branded an ‘autocrat’ shows that this is now an ideologically loaded accusation.

In the same vein, the remarkable success of Giorgia Meloni’s Brothers of Italy party in the recent General Election set off a flurry of accusations of democratic backsliding. Yet there is no evidence that her party seeks to curtail Italian democracy or that the election was in any way unfree.

Steven Levitsky and Daniel Ziblatt’s book, How Democracies Die (2018), inadvertently illustrates just how tendentious this accusation tends to be. The book obsesses over the dangers of ‘democratic backsliding’, which apparently ‘begins at the ballot box’. From this perspective, it is the very act of casting a vote that threatens democracy. This essentially expresses the anti-democratic belief that the people cannot be trusted to vote the right way.

Those who have weaponised the term democratic backsliding are not expressing a genuine concern for the state of democracy. Rather, they are expressing their anxiety about the dwindling influence of their outlook on democratic politics.

As I argue in my book, Democracy Under Siege: Don’t Let Them Lock it Down, sections of the mainstream political establishment have succumbed to what I call the ‘democracy panic’. This panic has emerged in response to the rise of populism and is driven by the conviction that ordinary voters cannot be trusted. The voters are derided and blamed for failing to act in accordance with the wisdom of their political and cultural superiors. As one commentator asserted in the Atlantic amid the populist revolts of 2016: ‘Our most pressing political problem today is that the country abandoned the establishment, not the other way around.’

The voting public is frequently said to be incapable of making the right choices in elections. Those who support populist causes, in particular, are dismissed as ignorant or are talked about in dehumanising or infantilising terms. You could see these anti-democratic sentiments in full flow following the success of populist parties in the 2018 Italian General Election. The Times reported from a fancy dinner on a Roman roof terrace, attended by Italian aristocrats, businessmen and cultural figures. As they sat around ‘glumly digesting events’, a lawyer in attendance reportedly declared that the voters were ‘beasts’ and ‘anthropologically different’.

Most alarmist invective against ‘democratic backsliding’ expresses a clear contempt for ordinary citizens and voters. In his bestselling book, Against Democracy, Jason Brennan complains that ‘most citizens are not doing us any favours by voting’. ‘Asking everyone to vote is like asking everyone to litter’, he says. When the casting of a ballot can be so casually equated to littering, you know that the democratic way of life is in serious trouble.

In recent years, scepticism towards the value of democracy has mutated into an outright loathing of democracy. For the philosopher AC Grayling, author of Democracy and its Crisis (2017), the vote for Brexit in the UK and the vote for Trump in the US in 2016 both served as proof that ‘something has gone seriously wrong in the state of democracy’.

Grayling’s sentiment is widely shared by many supporters of technocratic governance. One way this is expressed is through appeals to the ‘rule of law’. The principle of the ‘rule of law’ serves as a first-order principle, and democracy as a second-order one. According to Grayling, ‘democracy is not just elections, and can sometimes even exist de facto without them’, but it apparently cannot exist without the rule of law. This legalistic model of a democracy without elections is one that reduces citizens to the role of a stage army, which can periodically be mobilised to acclaim the decisions arrived at by their superiors.

This model of ‘democracy’, which relies on rules rather than elections, has been described by Alvaro Oleart and Tom Theuns as ‘democracy without politics’. This is the approach taken by the European Commission, the executive body of the European Union, which seeks to insulate politicians and officials from popular pressure. It relies on depoliticising public life and outsourcing decision-making to unelected bodies.

The aim of this form of technocratic governance is to render the demos invisible. Writing in this vein, Grayling asserts that ‘the phrase “the people” should be proscribed in the discourse of democracy’, since it is supposedly a ‘demagogue’s term’.

Taking the demos out of democracy, by making the people disappear, is exactly the aspiration of those who throw around the term ‘democratic backsliding’. They are the ones who are really undermining democracy.