Widespread protests and a mass exodus of potential conscripts hint at the growing unrest. 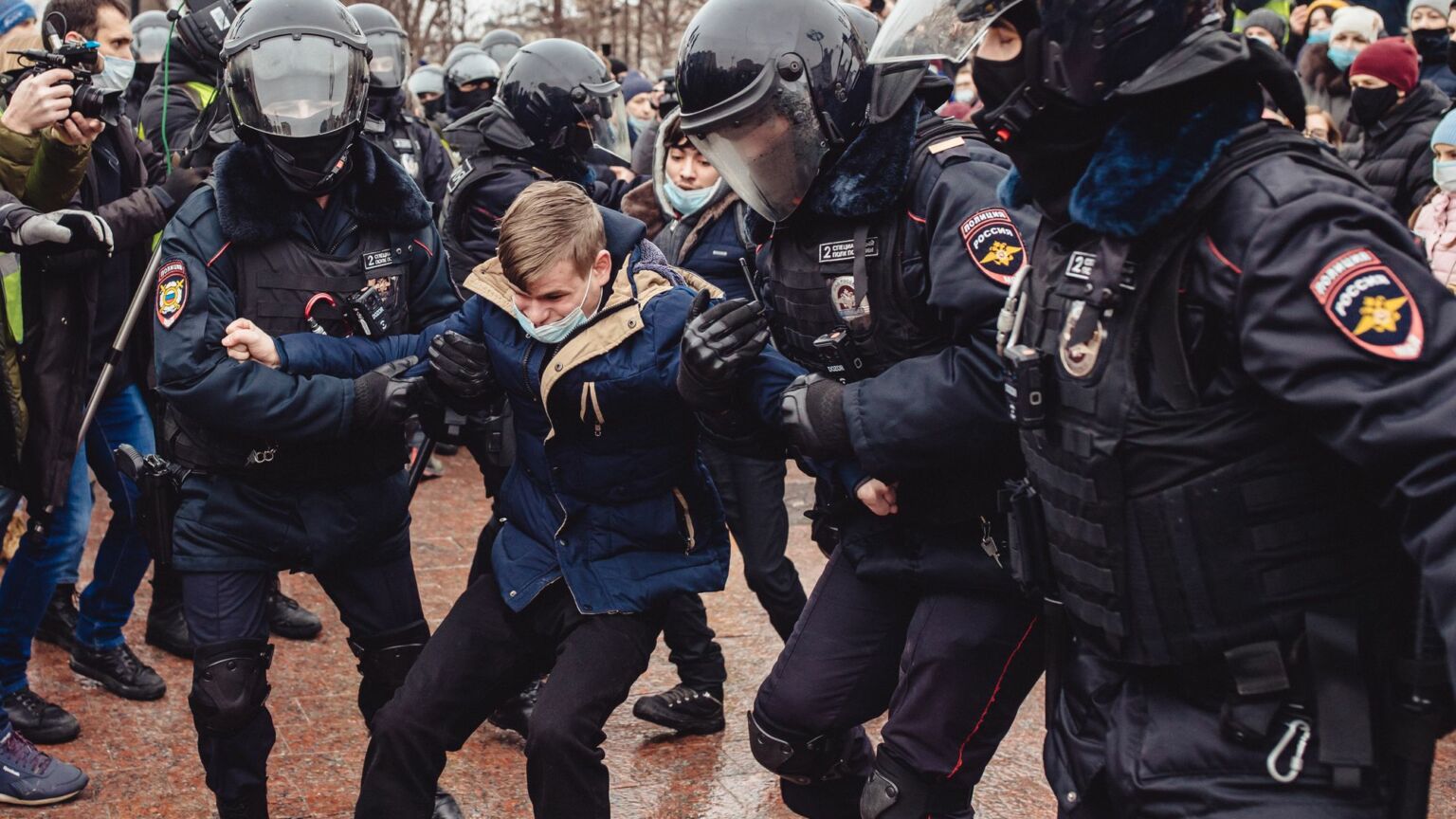 President Putin had barely completed his long-awaited national broadcast when the protests began. Thousands of mainly young Russians came out on to the streets to protest against the ‘partial mobilisation’ he had just announced. Subsequent protests have since been scattered across Russia, erupting in cities as far apart as Irkutsk in Siberia, Voronezh in central Russia and Makhachkala, the capital of Dagestan, in the south. Some of these protests are still going on, with violent incidents, including shootings, recorded on both sides.

These are the first significant street protests since Putin announced the start of the ‘special military operation’ against Ukraine on 24 February. The earlier demonstrations were mostly against Russia’s invasion of the neighbouring state. They were largest in Moscow and St Petersburg, where opposition to Putin and civic activism have traditionally been strongest.

But they soon petered out, as a result of brutal police tactics, draconian new laws setting long prison sentences for those opposing the war and – it has to be said – the degree to which Russia’s younger professionals have made their compromises with the system and feared losing their lifestyle.

There have been sporadic protests since then, mounted by hugely courageous individuals, including the on-air demonstration by the Channel One TV presenter, Marina Ovsyannikova. But the Kremlin has largely managed to keep public opinion on its side. Subsequent opposition has come increasingly not from the new middle class, representing the liberal end of Russia’s political spectrum, but from those on the nationalist and conservative right. They seem to have bought into the official line about a supposed Nazi threat emanating from Kyiv and their opposition is not to the war as such, but to what they see as the Kremlin’s insufficiently rigorous approach.

Putin’s decision to accept the request of his top brass for a partial mobilisation may have been, in part at least, a response to this criticism. But the way Putin made the announcement revealed his acknowledgement that such a policy change carries risks. Hence, his insistence, fleshed out subsequently by defence minister Sergei Shoigu, that the call-up will be restricted to reservists and those currently serving on professional contracts, that there will be additional training before deployment and that students – potentially the most troublesome constituency – are expressly excluded. Shoigu went so far as to tell them to go back to their classes, where he assured them they would not be disturbed.

Even this cautious approach contains difficulties for the Kremlin. First, even a partial call-up represents a breach of faith, because Putin promised in March that there would be no compulsory draft to fight in Ukraine. So there is widespread scepticism that the limits on the new call-up will be observed. Indeed, within hours of Putin’s speech there were reports of non-reservists and others, both younger and older than the stipulated age-range, being called up and dispatched to Ukraine by regional recruiters.

Second, anyone protesting this time has arguably less to lose. Whereas the first protests in February were largely against the principle of the war and the likely cost of protesting was loss of a job or a lengthy prison sentence or both, the trade-off now is between prison on the one hand and the risk to life and limb of fighting in Ukraine. To go out into the streets, of course, still demands enormous courage, not least because the riot police have been showing no quarter, but the balance of risk has changed.

The sort of people taking part and the geographical spread of the protests has changed, too. Many of those on the streets over the past week have been women, protesting against the risks to their menfolk. The geographical spread of these protests is wider and includes ethnic-minority areas, such as Dagestan. Dagestan appears to have been singled out by recruiters as fertile ground for the call-up, in part, perhaps, because of higher unemployment and lower wage levels there and what might have been seen as a more compliant population. It has often been noted that ethnic minorities, including Chechens, account for a disproportionate number of Russian troops fighting in Ukraine.

The street protests have not been the only – or even the main – expression of resistance to this partial call-up. Tens of thousands of younger Russian men have been trying to leave Russia, either temporarily or for good. More than 250,000 have already left, according to the independent newspaper, Novaya Gazeta, citing official sources.

With the cost of travel rapidly reaching stratospheric levels, the route abroad may now be limited to the better-off. Would-be draft-avoiders also have to factor in the hostility they may face at their destination. Estonia, Latvia and the Czech Republic are among those countries refusing entry to Russian men. Many are asking why, if these men feel so strongly against the war, they were not out protesting early on, when perhaps they could have made a difference.

What has not happened yet is any move by the authorities to stem the exodus. The Kremlin may judge that preventing people leaving could be counterproductive, spurring even more departures. Maybe it has accepted that the soaring cost and logistical difficulties of leaving Russia will eventually exert their own deterrent effect.

It is difficult, as the protests rumble on, to gauge how damaging they could be. So far, they do not appear to be on a scale that would threaten either Putin himself or Kremlin stability, although wider disruption in Dagestan and the Chechen borderlands cannot be ruled out. The authorities also appear to be well on the way to mustering their extra 300,000 men.

The widespread resistance even to this ‘partial mobilisation’, however, suggests that any extension of the call-up in the future will be harder. It also has to be asked how useful to Russia’s war effort many of those now being dispatched to Ukraine will be, if they do not want to be there. Ukraine’s President Zelensky lost no time in issuing a blanket invitation to Russian servicemen to desert, promising them fair treatment in line with international standards if they did.

The longer-term repercussions could be more significant. Russia risks losing a generation of its educated elite, either physically, through emigration, or psychologically, through distrust of its leaders. The disillusionment of Soviet troops returning from Afghanistan is often seen as a factor, perhaps a major factor, in the Soviet Union’s collapse. Will the Ukraine war leave behind a similar loss of national morale in Russia, and with what potentially fissiparous effect?

Before the invasion of Ukraine, Putin could claim to be a successful leader – one who had made Russia stronger and more stable over his 20-plus years in power, and left its people more prosperous and more connected to the world than ever before. Closing the address in which he announced the new military call-up, Putin signed off, slightly strangely: ‘I believe in your support’. The exodus of younger Russians abroad and the latest upsurge in protests must call into question that belief.