The Northern Ireland Protocol is none of Biden’s business

The US president should stay out of the affairs of the United Kingdom. 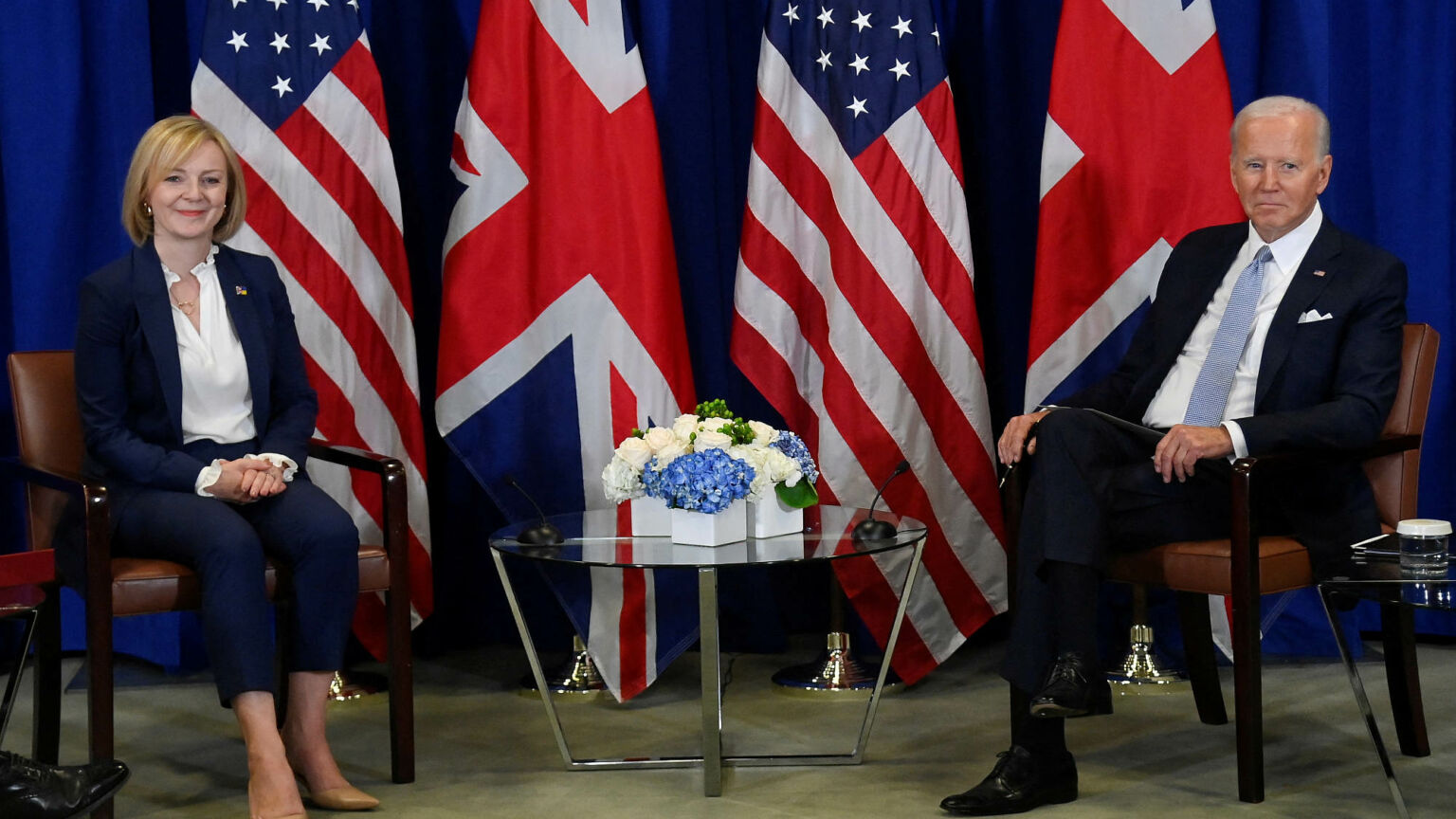 There was much speculation that the Northern Ireland Protocol would be a major part of the talks held this week between UK prime minister Liz Truss and US president Joe Biden at the UN assembly. As it turned out, it seems the protocol played only a very minor part.

Truss rightly believes that the US, while an important ally in supporting Ukraine, has no right to interfere in the internal affairs of the UK. But Biden is undoubtedly an even more ardent supporter of Irish nationalism than President Kennedy, whose probable preference for a united Ireland did not lead to support for those who killed in order to achieve it. I recall no photographs of Kennedy with his arm around IRA members in the same way we have seen Biden with his arm around Rita O’Hare, a former IRA member and now Sinn Féin representative to the United States. Biden’s lifelong dedication to the Irish ‘cause’ is not just about harnessing the Irish diaspora vote, it is also a core part of his beliefs.

Even during the Troubles, Biden was intervening in the Senate on the IRA’s behalf. In a letter written on official Senate notepaper in 1985, the then Senator Biden rejected attempts to remove the political exemption clause from the US extradition treaty with the UK. He did so in order to stop Joe Doherty – an IRA terrorist who had escaped from a Northern Ireland jail and fled to the US – from being sent back to the UK. Indeed, British efforts to have Doherty extradited dominated US-UK relations during the mid-1980s. And it was a coalition of senators led by Biden that refused to permit the amendment of the extradition treaty.

Biden’s Irish-nationalist sentiments have not really changed since. Shortly after his inauguration, when a BBC journalist tried to ask him a question, he responded simply, ‘The BBC? I’m Irish’, and walked away.

Despite proclaiming his desire to protect the Good Friday Agreement and preserve the gains of peace in Northern Ireland, Biden has repeatedly intervened to warn the British government not to rip up the protocol rules. But it is impossible to be a cheerleader for the GFA while simultaneously demanding that the protocol be rigorously implemented. The late Lord Trimble, a key architect of the GFA, made it clear last year that the protocol ripped the heart out of the GFA by continuing to subject Northern Ireland to EU laws and regulations while the rest of the UK is free of them. This ‘demolishes [the GFA’s] central premise’, he wrote, ‘by removing the assurance that democratic consent is needed to make any change to the status of Northern Ireland’.

Those who welcome Biden’s meddling claim that the US is a co-guarantor of the GFA and is therefore entitled to interfere. Despite this being untrue – no co-guarantor has that authority – many respected journalists continue to believe it and even the chair of the Northern Ireland Select Committee, Simon Hoare MP, has tweeted words to that effect.

It should concern us that the British embassy in the US seems to have done very little to educate American senators and congressmen on the reality of the protocol and the limits of America’s authority. On this front, Conor Burns, until recently minister of state for Northern Ireland, did more in a few short visits to the US over the summer than our entire embassy has done in three years.

Clearly, President Biden is not exactly keen on Northern Ireland remaining an integral part of the UK. And he is therefore no friend of the Union. PM Truss has not indulged his Irish-American fantasies and nor should she. He will be desperate to have a state visit to the UK next year to mark the 25th anniversary of the Belfast agreement. However, until the protocol has gone there will be no restoration of devolved government at Stormont. Unionism is determined to stick to the mandate it received in the May assembly elections – that Northern Ireland can either have the protocol or an executive, but not both. The Irish government, despite its rhetoric, knows all this. It too wants Biden to visit the UK, preferably before Ireland’s next General Election.

Now that the Northern Ireland Protocol Bill has been allocated an early date for a second reading in the House of Lords, President Biden, the EU and the Irish government should understand that the prime minister means business. Biden’s blarney wont work.

Baroness Hoey of Lylehill and Rathlin is a former Labour MP for Vauxhall (1989-2019).