Why Liz Truss is right to take on ‘The Blob’

The civil service should answer to the government, not the other way around. 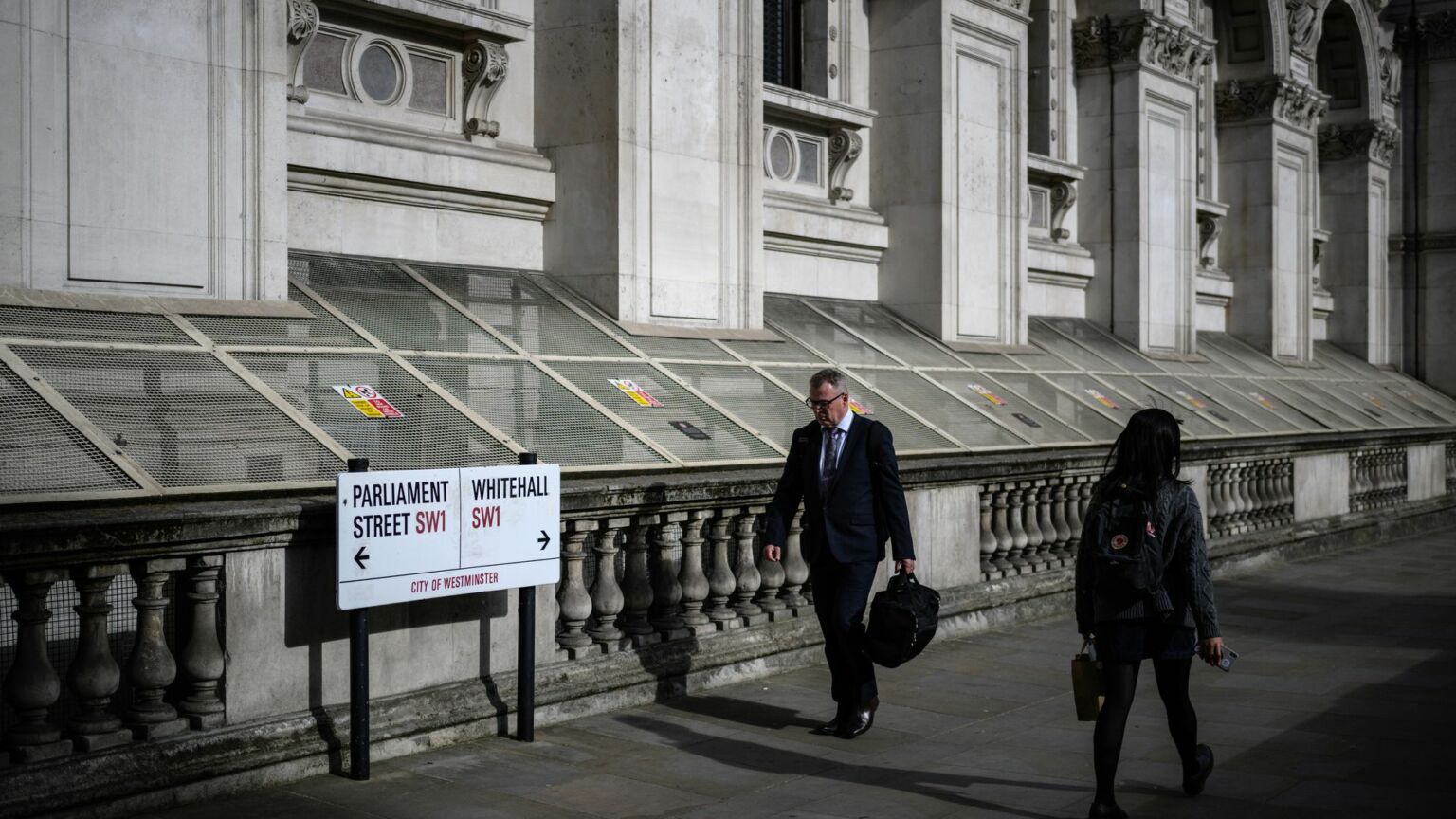 A cabal of sinister Tories is carrying out an ‘ideological purge’ of the civil service, according to some excitable media commentary. On her first day in office last week, Liz Truss caused howls of outrage after she approved chancellor Kwasi Kwarteng’s firing of Tom Scholar, permanent secretary at the Treasury. Who does Truss think she is? The prime minister?

The civil service – sorry, our ‘Rolls Royce’ civil service – occupies a peculiar position in British political discourse. Sympathetic commentators portray it as both a neutral implementer of ministerial will and, at the same time, as an organisation which can and should influence policy in a more ‘sensible’ direction. After all, if all the civil service did was follow the government’s instructions, the only difference the personnel of the organisation could make would be to the competence of the execution.

This is clearly not the case. And to be fair, few think it is. Part of the role of civil servants is to influence policy by providing expertise and guidance. It is meant to be neutral insofar as this influence does not reflect civil servants’ personal goals and beliefs. But the truth is that civil servants do tend to share the same backgrounds, worldview and values. As a result, they often impede the objectives of an elected government.

Truss and Kwarteng’s removal of the permanent secretary to the Treasury shows that they reject the myth of civil-service impartiality. And this has rattled many officials. As former cabinet secretary Lord Butler has put it, ‘politicians are beginning to forget the constitution’ and are acting in a way that will ‘corrupt our system’.

Note here that, as Butler has it, it is the politicians who are corrupting the system. It is politicians who have developed the belief that the civil service has gone beyond its remit, and are now willing to act on this belief in order to promote officials they think are more likely to implement their policies.

This is why some of the government’s critics are so upset with Scholar’s dismissal. Because they view the influence of the civil service as a sort of soft check on ministers, swaying them away from certain policies towards supposedly more ‘sensible’ ones.

The transformation of the civil service into ‘The Blob’, as Michael Gove memorably described it, shouldn’t surprise us, given what we know about organisations and bureaucracies. When you create an institution, it develops its own interests, which can often be quite divorced from those of the people it’s intended to serve. You don’t need to look far for examples in the civil service. Think of the Border Force declaring that migrant-boat turnbacks are ‘not likely to ever happen’ because of the lack of support for the policy within the agency itself; Whitehall officials using government time and money to act as ‘champions’ for woke causes; training videos inducting civil servants into the key beliefs of the bureaucrat class (Britain is a ‘racist’ country, white officials must not contradict ethnic minorities, etc); and dozens of HR initiatives ranging from the celebration of ‘World Afro Day’ to banning the use of the word ‘crazy’ in the office.

There is a reason that the so-called ‘Treasury view’ of economics has survived from 1929 to today. It isn’t simply that the Treasury reflects the considered judgement of economists across the political spectrum – it is also because people join organisations and then adopt the organisational culture.

All of this is why, in the US, the president is responsible for appointing the heads of various federal agencies. This is an acknowledgement of the political role that bureaucrats can play.

The problem facing Truss and Kwarteng is that the Treasury view is strongly contrary to their own view. They say they want to prioritise economic growth over the ‘abacus economics’ and balanced budgets preferred by the bureaucracy. And so a logical first step in overturning this ‘Treasury orthodoxy’ would be to bring in someone new to run the department.

There is nothing sinister in a government appointing civil servants who will work to promote its policies. After all, a civil service should support a democratically elected government, not stand in its way.