We must defend our pubs against this tyranny of whingers

George Orwell’s favourite pub could be closed down because four neighbours have moaned about the noise. 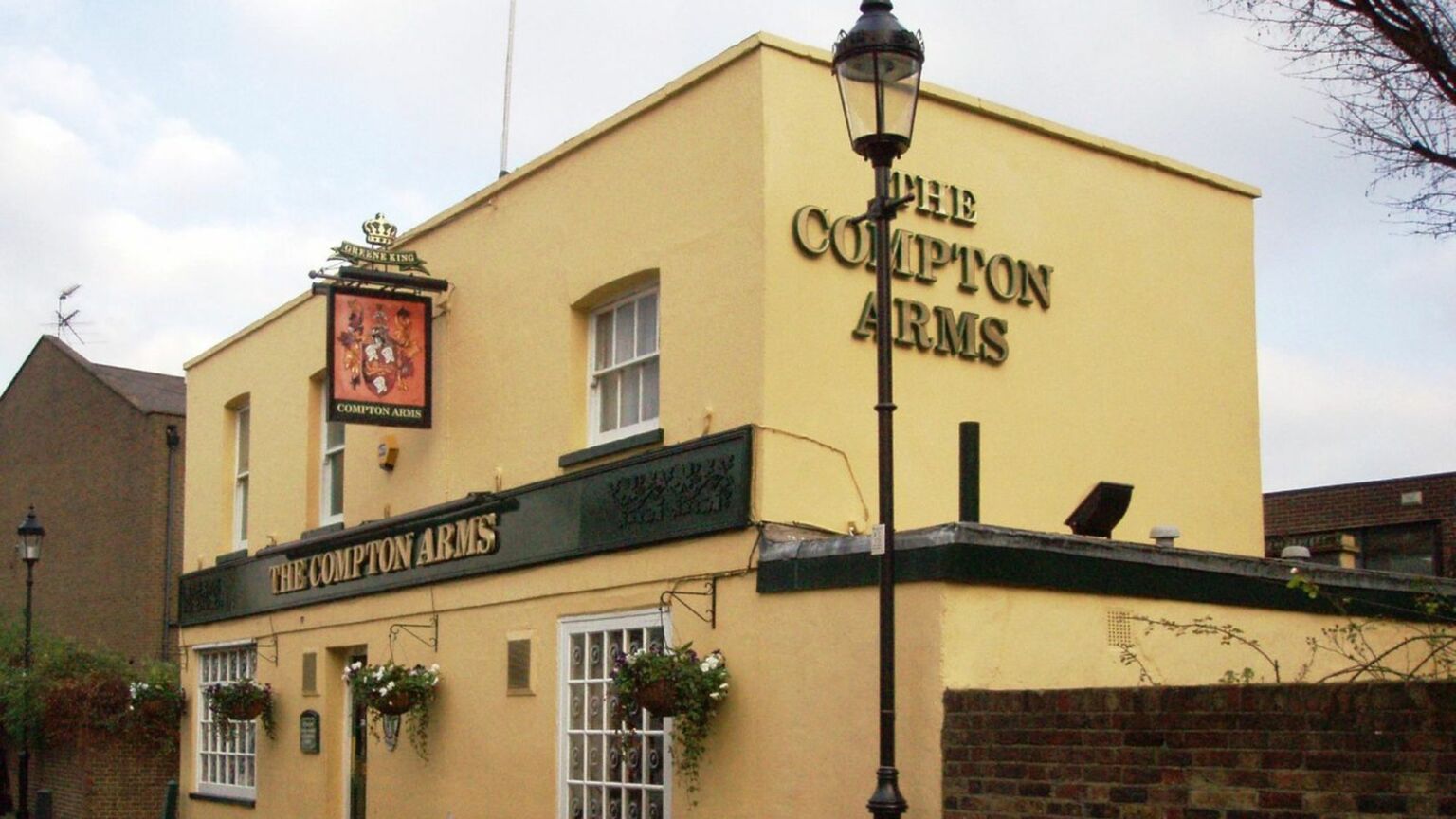 A spectre is haunting Britain – the spectre of whingers. The dead hand of NIMBYism is felt on so many of our national crises, from the housing crisis to the ‘drought’ to the energy crisis. The comfortably off classes have fought tooth and nail, all too successfully, in recent decades to block the building of anything – from houses to reservoirs – that might make life easier for everyone else. But their killjoy war on pubs might just be their most grating accomplishment.

The Compton Arms in Islington is the latest pub, still struggling in the wake of lockdown and now faced with soaring energy costs, to be threatened with closure over a handful of complaints. It’s been open since the 1800s. George Orwell drank there and it reportedly inspired his essay ‘The Moon Under Water’, published in the Evening Standard in 1946, which laid out his idea of the perfect pub. Now it has been slapped with a licence review by the local council after four neighbours complained that it was a ‘public nuisance’ and posed a danger to health.

Given the Compton Arms was just voted the second-best pub in the UK by Time Out, with a review that hails its ‘seasonally led’ ‘small-plates menu’, it seems unlikely to have become some den of criminal depravity. The furious explanation of Nick Stephens, the pub’s owner, seems more plausible – that some killjoys on this well-to-do Highbury side street got used to the pub being shut during lockdown and are now throwing their toys out of the pram.

‘Our managers have gone to extreme lengths and worked their socks off to run the pub considerately (and exceptionally) – in spite of some more than challenging behaviour from some of the four complainants’, Stephens posted on Facebook. ‘A minority get used to the quiet then decide the pub that’s been there since the 1800s, that is an asset of community value, is now a nuisance.’ He says that if this ‘minority of four’ succeeds, the Compton won’t be financially viable ‘for us… or any other responsible operator’.

This is a story we have seen playing out time and again across the UK. An unholy alliance of whingers and council bureaucrats are shutting down and imposing punishing restrictions on much-loved pubs, stopping them from staying open later or blocking the opening of new venues over often ludicrous claims of noise and disruption. There seems to have been a particular flurry of this in recent months, following the end of lockdown and the entrenchment of working from home.

In March, the Farmer’s Boy pub in St Albans was facing closure following noise complaints from neighbours, despite the fact it has been hosting live music for the past 14 years. Earlier this month, Hampshire’s West Town Inn was banned from holding a charitable live-music event after a ‘tiny handful of locals kicked up a fuss’. It’s not just pubs that are in the crosshairs, either. ‘Neighbours blast south London old people’s home as noisy wakes keep them up at night’, screamed a story on My London last month, producing perhaps the best headline of the year so far.

This is happening across the country, but is perhaps most embarrassing in London – a supposedly global, world-beating city in which it is increasingly difficult to get a pint after 11pm. Indeed, the long-running decline of pubs and hospitality venues has been particularly felt in the capital, where we currently have the lowest number of pubs per head in the country. Between 2001 and 2020, the number of London pubs and bars declined by 26 per cent, beaten only by the West Midlands (which lost 29 per cent) and Northern Ireland (which lost 36 per cent).

Pubs were in a really bad state before the pandemic. As the IEA’s Christopher Snowdon pointed out in a 2014 report, the UK lost 21,000 pubs between 1980 and 2014. Half of these closures took place after 2006 – a result, Snowdon argues, of the smoking ban and other forms of regulation. What’s more, the smoking ban inevitably fuelled noise complaints. As the Morning Advertiser reported in 2008, there was a ‘rising tide of noise complaints’ after the smoking ban pushed smokers outside into beer gardens and on to the streets.

Meanwhile, many local councils have become overly receptive to the complaints of the irked few – even in areas where the night-time economy is a core part of the appeal of living there. Perhaps the most absurd example came in Brighton in 2014, when the Blind Tiger was shut down by the council. It had been a live-music venue for some 160 years, but was shut down in short order after a neighbour living in the flat above it complained about the apparently inexplicable noise.

After being forcibly closed for large parts of the past two years, and contending with soaring costs untouched by the energy-price cap, which doesn’t apply to private businesses, pubs and other nightlife venues are now more vulnerable than ever before. Northampton landlady Miranda Richardson gave up her pub in June as her quarterly energy costs had reached a whopping £30,000. The worst is still ahead of us and yet pub numbers have already hit an all-time low of 39,970, according to real-estate consultancy Altus.

Despite all this, local councils are continuing to act as the enforcers of middle-aged, middle-class killjoys who move into an inner-city area and are then shocked to find a pub or a club there. Now more than ever we need to defend pubs against this tyranny of whingers, this most sharp-elbowed and devastatingly effective of snowflakes, who seem to think the world must align with their preferences. That the pubs that are still managing to scrape by apparently exist only at the whim of a few easily upset neighbours is ridiculous.

As Orwell put it in a piece in 1943, the demise of pubs is nothing to celebrate – it is ‘only a cause for rejoicing if one believes, as a few Temperance fanatics still do, that people go to pubs to get drunk’. They are places to get drunk, of course, and places millions of people cherish for that reason. But they are also much more than that. They are places where people gather, discuss, mourn and celebrate. In our individuated age, pubs are increasingly rare and vital centres of community life. We lose them at our peril.

Picture by Ewan Munro, published under a creative-commons licence.