The death of Palestinian nationalism

Islamism is now the driving political force in Palestine. 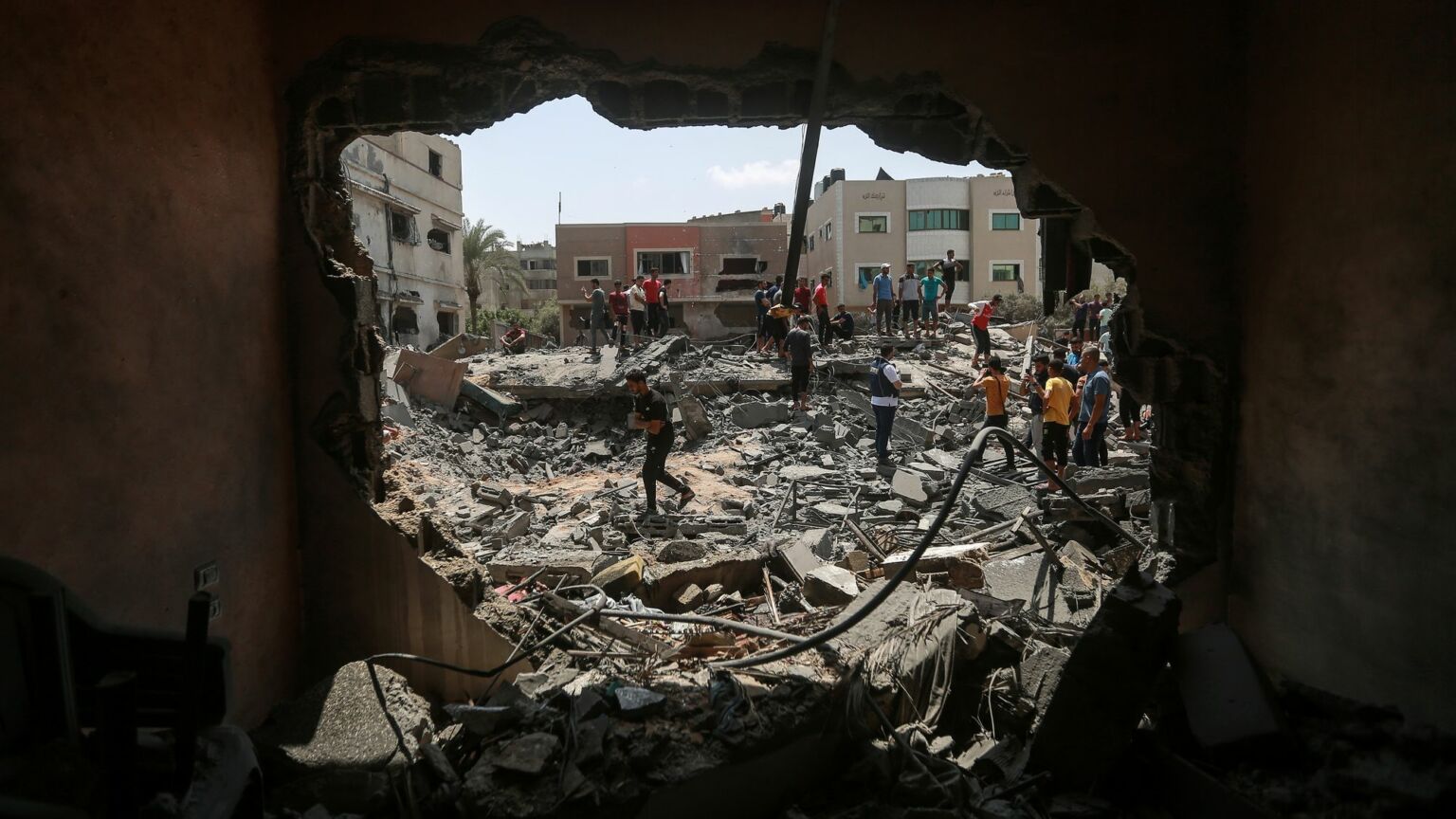 Despite the ceasefire that was agreed this week between Palestinian Islamic Jihad (PIJ) and Israel, the bloody conflict over Gaza is far from over.

Much of the discussion of the three-day conflict, which began last Friday and ended on Monday, has treated it as a sequel to the many clashes there have been between Palestinians and Israel in Gaza since 2006. But in doing so most of the commentary has missed what is new.

Anti-Israel activists have, as usual, made ill-founded accusations that Israel has been committing massacres and deliberately targeting children in Gaza. At the same time, they have, as ever, ignored both the overtly genocidal goals of the Islamist ‘resistance’ movement and the rabid anti-Semitism of its Iranian backers.

For its part, Israel justifiably asserts its right to self-defence. But at the same time it lacks a long-term vision for resolving the broader conflict. It is focused solely on containing any clashes until the next set comes along. And there are good reasons to suspect that any clashes to come will be even more intense.

The people who suffer most from this ongoing conflict are, of course, the people of Gaza. Most continue to languish in desperate poverty, in a densely populated slither of land, where their movements are tightly controlled.

So what makes the most recent clashes different from the many conflagrations in Gaza over the past decade or so?

For one thing, Israel struck first this time, when usually it retaliates after rockets are fired from Gaza. Israel says it was reacting to intelligence reports suggesting attacks by PIJ on Israeli civilians were imminent. It believes the PIJ had planned to assault Israelis using anti-tank weapons and snipers in the area adjoining the Gaza strip.

Then there is the fact that Hamas, the Islamist movement that controls Gaza, was not involved in the fighting. Although there was always a risk of escalation, which would drag Hamas into the conflict, the clashes remained between Israel and PIJ.

During the conflict, as part of ‘Operation Breaking Dawn’, Israel managed to assassinate several senior PIJ leaders, while avoiding a broader escalation. Tayseer al-Jabari, a senior PIJ commander, was killed by an airstrike that hit his apartment on Friday. Khaled Mansour, PIJ commander of the southern Gaza Strip, suffered a similar fate the following day. Israel also killed Rafat al-Zamli, the commander of PIJ’s rocket unit.

Overall, Israel was positive about the outcome. Not only was Operation Breaking Dawn a success – the Iron Dome missile-defence system also intercepted the vast majority of PIJ’s rocket fire aimed at Israel.

Most unusual of all, though, is that the three-day conflict was essentially triggered by events in the West Bank rather than Gaza itself.

Days before the conflict broke out, an Israeli border-police undercover unit arrested Bassam al-Saadi, a senior PIJ member, in Jenin in the northern West Bank. His son-in-law, who is also an aide, was arrested in the operation, too. This action apparently precipitated the PIJ threats against Israel, which then led to the Israeli strikes on Gaza.

Jenin, where al-Saadi was arrested, has become something of a PIJ stronghold recently. In fact, this speaks to the broader collapse of the Palestinian Authority (PA) – essentially the rump of the old Palestine Liberation Organisation (PLO) – on the northern West Bank.

This development poses serious problems for all of the key actors involved in the broader Israel-Palestine conflict.

For Israel, it means it can no longer rely on the PA to play a role in containing Palestinian militancy. Israel is increasingly using its own forces to police the West Bank rather than cooperating with PA forces. This helps explain why Israel was so keen to weaken the PIJ leadership in its Gaza operation.

But it also poses a problem for Hamas, too. PIJ seems to be gaining ground in the West Bank. Although Hamas has, to a degree, tolerated the rise of PIJ, it sees itself as having the right to lead the Palestinians. This rivalry probably helps account for Hamas’s relatively benign response to Israel’s military intervention in Gaza this time around.

Finally, the prospective collapse of the PA seems to suggest the death knell of Palestinian nationalism. Until about 2006, when Hamas won elections in Gaza, Palestinian nationalism was widely seen as the main political force among the Palestinians. Since then, there has been a deep schism, with Hamas taking over Gaza and the old nationalists still controlling the West Bank.

Now the tide seems to be turning towards Islamism in the West Bank, too. That probably explains why the PA has postponed elections in the territory indefinitely. And it looks like the leading Islamist force in the West Bank could turn out to be PIJ rather than Hamas.

As the West Bank is becoming increasingly Islamisised, secular Palestinian nationalism is being pushed to the margins. This will have profound effects on the conflict to come.