When did we become so terrified of hot weather? 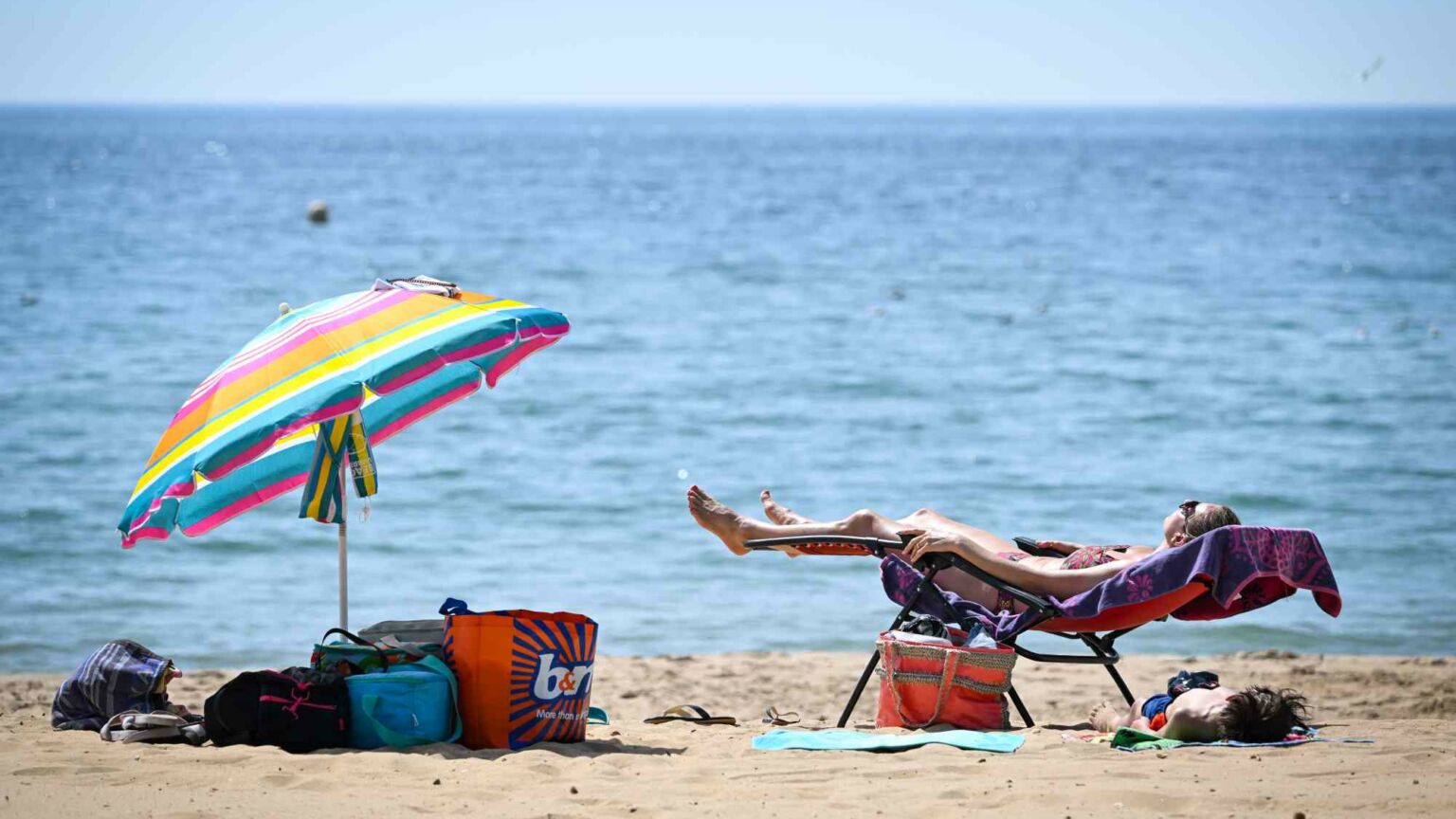 Since I started studying the Stoics a while back, I’ve become quite the ‘cool customer’. It takes a lot to get me riled. But it happened this week when I received an email from the British Red Cross warning me about the weather. If I wasn’t hot and bothered before reading it, I certainly was afterwards.

How I hate it when the Worried Well fuss. Even worse are those organisations that encourage their namby-pamby ways, among whom we can now count the Red Cross. It had my contact details because I registered as a volunteer at the start of the pandemic – so obviously I’m quite robust, which made the condescending tone of the missive even more irritating:

Personally I love warm weather. But given that it’s over 30 degrees Celsius today in parts of the UK (and it’s apparently going above that later this week) there are obviously some real risks. It’s something we’ve been talking about on our social media, and our first-aid experts have also popped some top tips for keeping cool in a heatwave into a blog. I’m the last person to tell anyone how to be cool, but there are some useful pointers here – have a look!

Hope you’re able to stay comfortable and safe, and get the chance to make the most of the sunshine.’

I didn’t really want to add insult to inflammation by bringing myself to ‘have a look’ at the ‘top tips for staying cool’, but like a crack addict reaching for what she knows is no good for her, my hate-reading little hand clicked on the button and we were off: the mandatory climate-change carp and the nth reminder to wear sunscreen. One bit made me chortle: ‘Heatstroke can develop with little warning and quickly lead to a person becoming unresponsive. It’s vital to cool them down as quickly as possible by wrapping them in a wet sheet and dialling 999.’ I couldn’t help thinking of the fun to be had winding people up tight in sheets – like a mummy – and calling the cops to discover them.

After my countrymen have spent the best part of two years stuck indoors, with the hospitality industry going down the drain, you’d think we might be encouraged to go out for a nice cold G&T at a pavement café. But no such luck from those fun packets at the Red Cross: ‘Try to drink alcohol in moderation.’ Well, I’ve tried and I’ve failed, so what next? ‘Drink lots of water.’ Oh look, it’s our old buzzkill mate ‘Stay Hydrated’ – the ceaseless mantra of the health-bore halfwit. Though some said that Meghan made it up, there was something grimly credible about the idea of 22-month-old Archie uttering ‘hydrate’ among his first words, being raised in a priggishly woke household as he is. If anyone ever says ‘stay hydrated’ to my face, they’re going to get a drink in theirs, so at least one of us will be.

When I was a kiddy at school – just after the Boer War – we didn’t drink anything all day long, except a few sips of tap water from a plastic beaker at lunchtime. We chucked our free milk down the drain. None of my classmates ever fainted, not even during the drought of 1976, which lasted for two months and saw temperatures of 96 degrees Fahrenheit in the shade. There was no neurotic nannying from a government that had mistaken itself for a nursemaid – only the pleasingly Carry On-ish suggestion that we should share a bath with a friend, while wags fried eggs on pavements and the minister for drought, Denis Howell, showed how seriously he took it by performing a ‘rain dance’ on behalf of the nation. (It worked!)

Now the UK government holds COBRA meetings to draw up plans for the first ever ‘national heatwave emergency response’ – don’t panic, we’re doomed! Despite the cliché about a healthy mind in a healthy body, young people have never been so hydrated – and have also never been so lonely and fearful for the future. Then there are the health benefits of sunshine – not least the production of vitamin D, which is the only vitamin thought to be useful in fighting The Covid. Rickets – an affliction that causes the softening of bones in children and which we thought we’d seen the last of – has made a comeback in the past decade or so, no doubt due to the wearing of the hijab in childhood (think of those M&S ‘baby burqas’) and thanks to those perpetually panicking bourgeois mothers forever smearing their tots in enough sunscreen to sink the Titanic.

But why accentuate the positives of sunlight when there are whole industries – not to mention governments – who have a vested interest in encouraging us to think of ourselves as fragile invalids, suffering ceaseless ‘stress’ and ‘anxiety’ and needing endless ‘pampering’ and ‘self-care’ in order to cope? It started years back with the television talking heads telling us to ‘wrap up warm, take a brolly’ instead of simply telling us what the weather will be and it ends up with what’s happened this week. No sports days, dog shows, farmers markets or carnivals for you – stay in your room! And put that mask on while you’re at it.

I’ll take my chances in the midday sun. It’s exposure to the BBC that’s bad for my ‘wellness’. On the Beeb, the unusual arrival of a hot summer is exploited to push the nagging narrative of global warming. That 24/7 news stream means that there’s a wagonload of staffers to pay handsomely, and keeping the masses in a state of panic over the chances of spontaneously combusting (serves them right for voting for Brexit) is one justification. Of course, the state corporations living off of our taxes are always the worst for wasting money. A friend who works in the NHS says: ‘We’ve been getting endless emails about [the heat]. But we know already that our vulnerable patients need specific care in hot weather. And telling health professionals to “stay safe and keep well hydrated” is laughable.’

It’s a shame if a few of us are ‘chafing’ (I’ve been there, in my Jabba the Hutt years), but really, most of us need to look on the bright side – without being scared that we’ll scorch our corneas. What do Brits traditionally do in the summer months? Flock to far hotter countries! Who wants to try that now, considering the travails of post-Covid travel? Conveniently, the weather has come to us.

We’re not living in the Gobi desert. There are these things called ‘seasons’ and they change – this one’s called ‘summer’ and it lasts around three months. There’s going to be 10 weeks of clement weather and then comes October, heralding six months of greyer skies and shorter days – this time with the added fun of a Covid revival and eye-watering energy prices. Do we really want to spend our day in the sun running scared, seeking shade like harassed animals? Isn’t it better to keep calm and slap on the aftersun balm than carry on kvetching? But if you must rain on our parade, just look forward to those lovely drizzly autumn days when you can complain about yet another kind of weather to your heart’s content.