Those black-clad Bristol activists reveal the misogyny and authoritarianism of the trans movement. 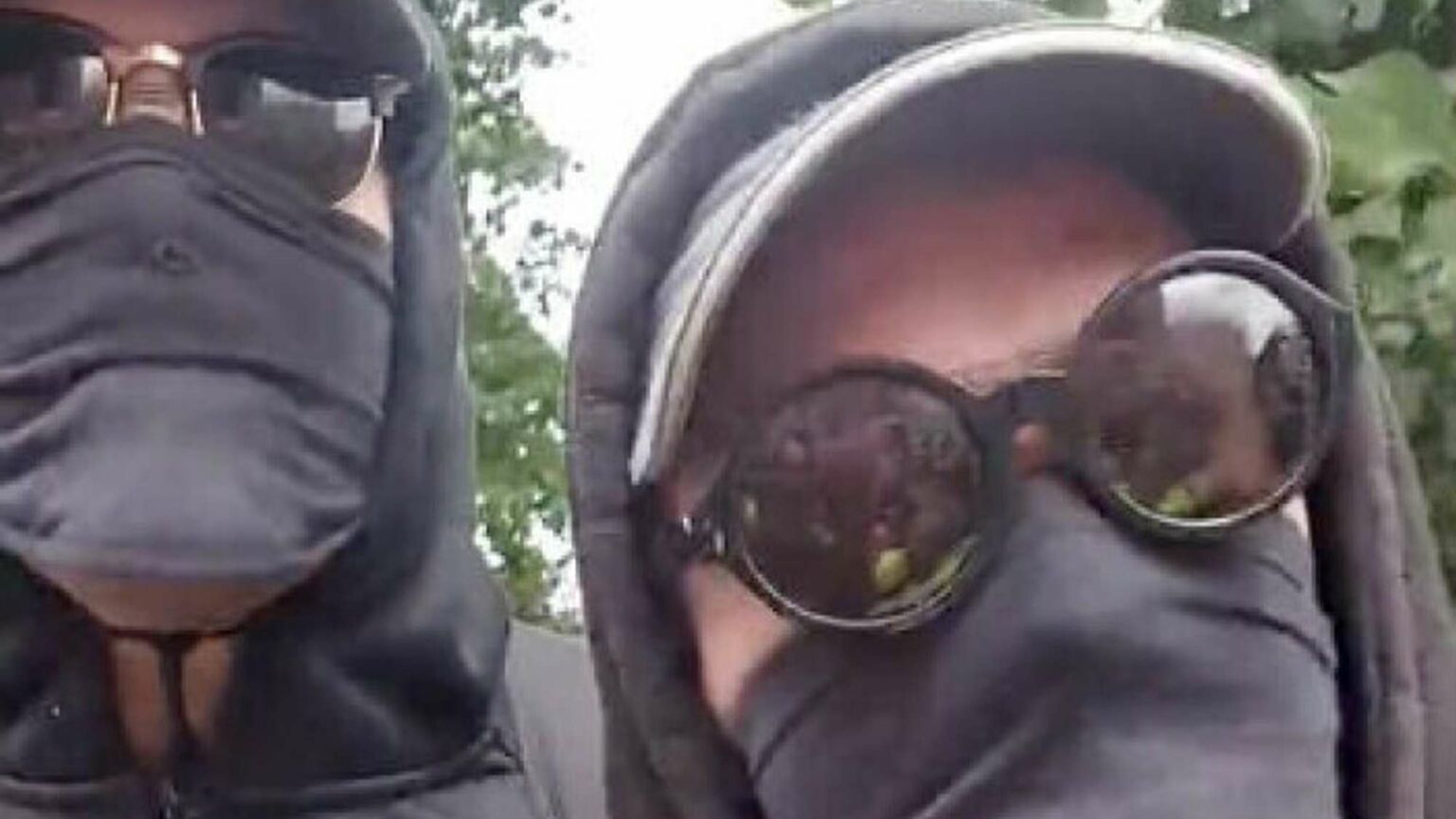 By now, the balaclavas worn by activists derisively dubbed the ‘Black Pampers’ will probably have been put in the wash by their mums. The Black Pampers are largely comprised of infantile young men who don paramilitary gear in an attempt to style themselves as defenders of ‘transgender rights’. To that end, on Sunday they attempted to disrupt a public meeting in Bristol.

Placards held by Black Pampers invited their opponents to ‘suck their dicks’ and some daubed chalk slogans on to the pavement with heart-warming messages such as ‘trans girls fuck your mum all the time’. The aim, according to the ironically named Bristol Against Hate who mobilised the Black Pampers, was apparently to ‘counter-protest right-wing agitators’ who these activists accused of hosting a ‘transphobic rally’. Standing for Women (SfW), the group behind the Let Women Speak event which attracted these counter-protests, in fact describes itself as a ‘broad church’ willing to work across party lines with a single-issue focus on women’s rights.

The overwhelmingly female attendees at the meeting were jeered at, threatened and eventually corralled into a city-centre pub, which was then surrounded by the baying mob. One attendee told me ‘tension was high, the men were volatile and we were vulnerable in spite of the officers’ efforts’.

She added: ‘Being barricaded into the pub, police running through to reach the back gates before the activists did, was frightening.’ At one point, due to insufficient policing numbers, a policewoman asked her to link arms ‘to form a human barrier as they were short staffed’.

SfW had informed the Avon and Somerset Constabulary that the event would attract protests, but it alleges that the police ‘ignored’ its warnings. Having organised large gatherings since 2019, SfW founder Kellie-Jay Keen knew what to expect. She says it is ‘becoming impossible’ to ‘tell the truth’ about trans issues online due to censorship by social-media platforms, and so public meetings are essential.

‘Woman means “adult human female”’, Keen tells me. ‘No matter how much a man might want to become a woman, “male” will be coded through his DNA. And that matters because we know men are more violent than women, so we need separate spaces. I’m willing to be labelled offensive if it means I can speak the truth.’

Keen’s commonsense view about basic biology, and her willingness to work with people from across the political spectrum, has led her to be branded a ‘fascist’. Indeed, broadcaster and trans activist India Willoughby complained to Bristol City Council that a ‘hate event’ had been ‘allowed to go ahead’. Willoughby also warned those attending the counter-protest that SfW members ‘have film crews and will be trying to get a reaction. Typical neo-Nazi tactics.’

Yet looking at the bully boys in paramilitary gear it seems clear that the authoritarian threat here comes firmly from the manarchist left. And yet, protected from self-reflection and doubt by ideology, the Black Pampers who targeted Let Women Speak did so under the auspices of tackling ‘hate’. It would be easy to laugh this off, were it not for the fact that throughout history similar groups of blinkered, arrogant young men have been responsible for atrocities.

There is a yawning chasm between the image held in the minds of well-meaning, liberal Guardian readers about trans activists and the reality of the Black Pampers. Whether they identify as trans is irrelevant, on Sunday a group of sweaty bullies hurled sexualised insults at women. As Professor Sheila Jeffreys wryly observed some years ago, ‘transgenderism is a men’s sexual-rights movement’.

Through their protest, the Black Pampers showed the authoritarianism and bigotry that is driving the trans-rights movement. But arguably, what is even more chilling is that the ideology these activists espouse has penetrated every public institution through so-called diversity training. Both Avon and Somerset Constabulary and Bristol City Council pay for membership of trans-lobby group Stonewall’s Diversity Champions scheme. The views of the Black Pampers are not anti-establishment, they are shared by the establishment. This is precisely why groups like SfW have formed – to fight back against this new elite orthodoxy.