No one voted for these human-rights lawyers

The Rwanda policy should be challenged democratically – not in the courts. 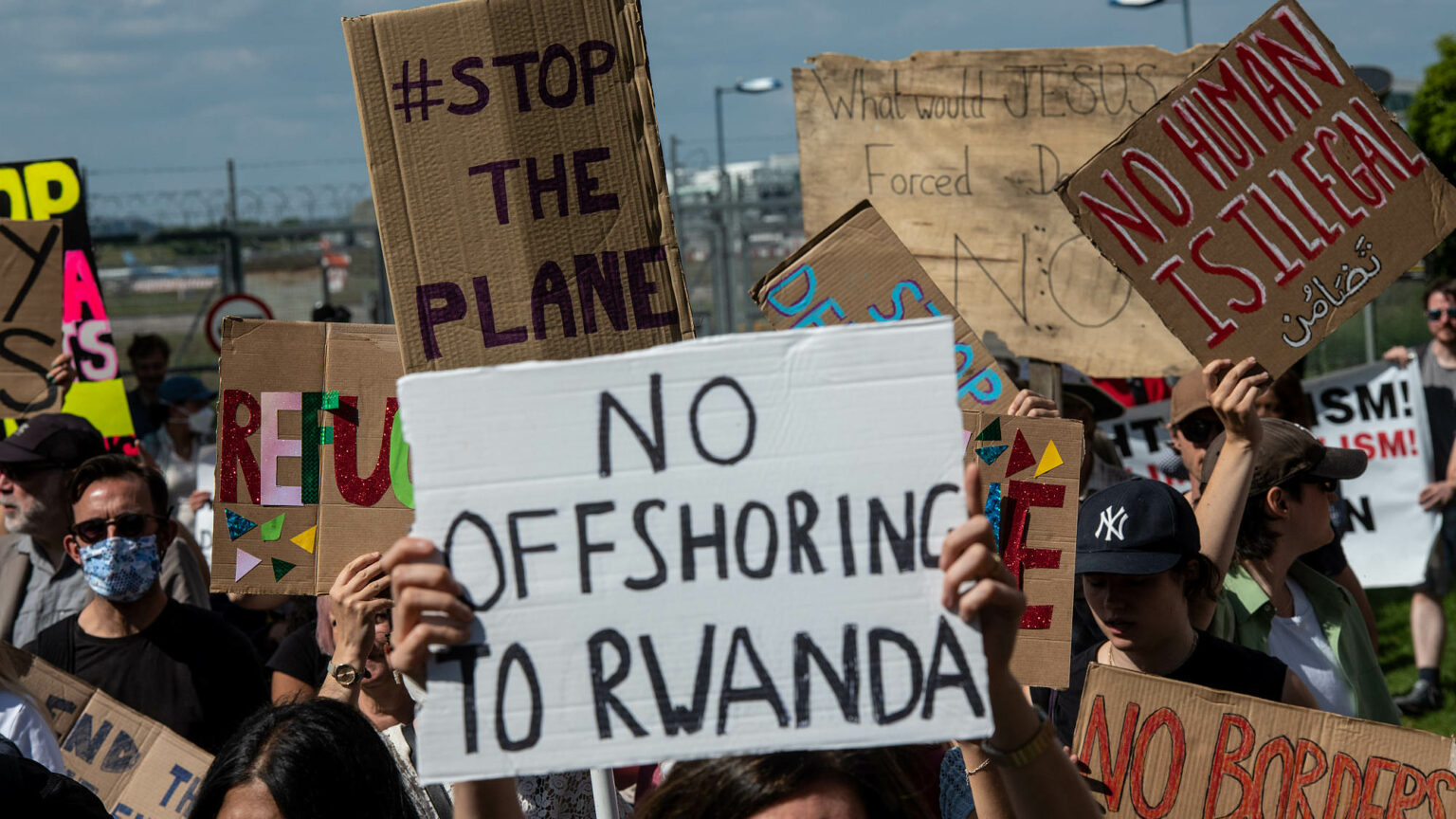 Human-rights lawyers seem determined to defeat the UK government’s plan to deport illegal migrants to Rwanda. On Friday, the High Court rejected lawyers’ claim that the policy breaches migrants’ human rights. But now they have taken their case to the Court of Appeal, which is due to deliver its verdict later today. As it stands, around 130 migrants have been notified that they could be imminently removed from the UK, with the first flight to Rwanda due to take off tomorrow.

The reaction to the Rwanda policy among the smart set has been telling. Critics in the media, human-rights law and the House of Lords have widely described it as a ‘far right’ policy. As this elite coalition sees it, the Rwanda policy illustrates the alleged racism of post-Brexit Britain. Even staff within the Home Office have set up a Twitter account to argue against the policy, declaring in an opening salvo last month: ‘No to hostile environments, no to shutting down democracy, no to racist deportations.’

Yet the use of the Channel as an illegal-migration route remains a genuine problem. In just one week last month (16 to 22 May), 17 boats were identified. These were carrying just shy of 700 migrants. And the numbers are rising over time, too – the number of crossings doubled between 2020 and 2021.

Critics of the Rwanda plan argue that the government should instead focus its efforts on developing more safe and legal methods for migrants to make asylum claims. But such methods will take time to develop.

Critics’ reaction to the Rwanda policy also smacks of a rather backward view of Rwanda itself. Reading the outraged commentary, you could be forgiven for thinking that the plan is to deport asylum seekers to the middle of a desert, rather than a relatively prosperous nation in central Africa. There also seems to be no recognition that Rwanda has engaged in similar partnerships in the recent past, including with the European Union, which has used the UN Refugee Agency’s Emergency Transit Mechanism to resettle refugees in both Rwanda and Niger.

This is not to defend the government’s Rwanda policy. It is an inhumane plan. It treats human beings as little more than a problem to be managed and it disregards migrants’ dignity. But sending illegal migrants to Rwanda is not significantly worse than what is already happening to them. After all, under the UK’s current arrangements, many asylum seekers find themselves indefinitely detained under draconian immigration laws.

The legal wranglings over the Rwanda partnership will not resolve the problem of people smuggling or provide a more humane alternative to current immigration arrangements. We need to find a far better solution to this complex problem. But that can only come through democratic politics, not the courts.

Luke Gittos is a spiked columnist and author. He is the author of Human Rights – Illusory Freedom: Why We Should Repeal the Human Rights Act, which is published by Zero Books. Order it here.