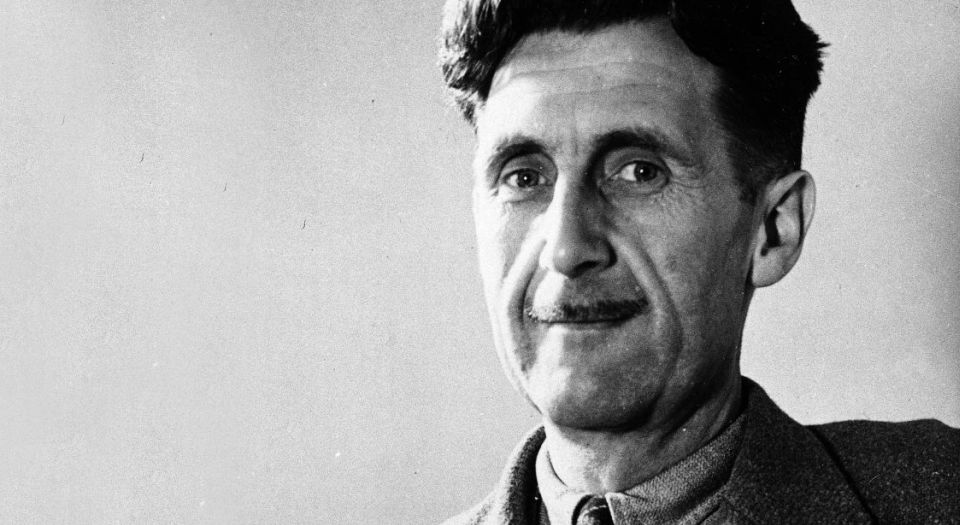 Orwell and the left’s problem with patriotism

He would have made mincemeat of today’s Jubilee bashers.

Writing in the Observer this weekend, shadow UK culture secretary Lucy Powell claims Labour is ‘the party of patriotism’.

Given the largely derogatory attitudes of Labour’s predominantly middle-class, Remainer-ish support base towards Britain – its history, people and no doubt future – Powell’s assertion is best consumed with a bucket-load of salt. Indeed, ahead of and even during the Platinum Jubilee celebrations, we’ve seen an outpouring of snobbery and sniffiness from the Labour-leaning smart set towards everything from the ‘fascist’ Union flags festooning Regent Street to what the Independent described as the Jubilee’s ‘vomit-inducing patriotism’. One ex-Labour MP of Corbynite vintage even described the ‘Jubilee fanfare’ as ‘gross’.

But then we shouldn’t be surprised by the right-on, liberal-left snootiness towards the Jubilee. And nor should we be surprised by these people’s disdain towards patriotism in general. After all, it’s been that way for at least a century.

To understand the nature and politics of patriotism, it is worth revisiting the work of George Orwell, the writer who did most to explore what he called ‘the devotion to a particular place and a particular way of life, which one believes to be the best in the world but has no wish to force upon other people’ (as he put it in Notes on Nationalism). And it’s worth looking in particular at the The Lion and the Unicorn.

Written very quickly at the height of the Battle of Britain in 1940 – as ‘highly civilised human beings are flying overhead, trying to kill me’ – The Lion and the Unicorn is a passionate defence of not only the need to fight for one’s country, but also of the basic decency of British customs, institutions and values (he uses Britain and England interchangeably).

It is not Panglossian by any means. Orwell was nothing if not a searingly honest writer. He writes scathingly of the British people’s propensity for ‘hypocrisy’, especially when it comes to the crimes of the Empire. He decries the poverty in which many live and the persistence of ‘slums which are a blot on civilisation’. And, of course, he takes on the tremendous social inequality that scars the nation: ‘England is the most class-ridden country under the Sun. It is a land of snobbery and privilege, ruled largely by the old and silly…’

Still, he argues, ‘it is a family. It has its private language and its common memories, and at the approach of an enemy it closes its ranks. A family with the wrong members in control – that, perhaps, is as near as one can come to describing England in a phrase.’

There are sections of The Lion and the Unicorn that attack the ruling class’s waning ability to rule, evidenced by its ‘unerring instinct’ to make the wrong decisions, especially with regards to Hitler’s Germany. But Orwell arguably reserves much of his ire for two segments of the English middle class – the imperialist Colonel Blimp ‘with his bull neck and diminutive brain’, and, above all, the ‘left-wing’ intellectual, ‘with his domed forehead and stalk-like neck’.

By the 1930s, the Blimps, for Orwell, were a fading force. Yet members of the ‘left-wing intelligentsia’, often blood relatives of Blimps, continued to fashion themselves against their rivals’ ‘boasting’, ‘flag-wagging’ and all ‘the “Rule Britannia” stuff’. They were ‘mere anti-Blimps’, raging against the most extreme expressions of imperialism. Yet they also saw patriotism itself as the preserve of jingoistic Blimps, just as today’s left-leaning cultural elites see it as the preserve of mythical, immigrant-hating Daily Mail readers. A love for one’s own country was, as it often still is, anathema to the left. Hence middle-class, left-wing intellectuals always seem far more enamoured with other nations than they do with their own, argues Orwell:

‘[They] take their cookery from Paris and their opinions from Moscow. In the general patriotism of the country they form a sort of island of dissident thought. England is perhaps the only great country whose intellectuals are ashamed of their own nationality. In left-wing circles it is always felt that there is something slightly disgraceful in being an Englishman and that it is a duty to snigger at every English institution, from horse racing to suet puddings. It is a strange fact, but it is unquestionably true that almost any English intellectual would feel more ashamed of standing to attention during “God Save the King” than of stealing from a poor box.’

Suet puddings may no longer be a popular staple. And horse racing has lost a lot of its appeal, the Grand National aside. But the same sniggering animosity among our left-leaning cultural elites persists today towards other aspects and figures of national life, from Brexit and ITV talent shows to the forever demonised football fan.

This turn against one’s own nation, argues Orwell, was a terrible mistake at the time. It sapped morale during the war against the Nazis. And, of more lasting significance, it led to left-wing intellectuals’ ‘severance from the common culture of the country’.

Because, as Orwell rightly saw it, there was plenty about Britain’s native culture and way of life that was valuable and worth fighting for. He notes that many British pastimes and activities, from gardening to pub-going, are characterised by their ‘privateness’. That is, they’re informal rather than state-organised, ‘communal… not official’. For Orwell, the common culture of the country, treasured by those who live here, is shot through with this sense of everyday freedom. ‘The liberty of the individual is still believed in, almost as in the 19th century’, he writes. ‘But this has nothing to do with economic liberty, the right to exploit others for profit. It is the liberty to have a home of your own, to do what you like in your spare time, to choose your own amusements instead of having them chosen for you from above.’ Indeed, people in England, especially in the big towns, he writes, ‘are not puritanical’. Quite the opposite: ‘They are inveterate gamblers, drink as much beer as their wages will permit, are devoted to bawdy jokes and use probably the foulest language in the world.’

Alongside a belief in everyday freedom, Orwell notes other common threads that cohere Britain as a nation. He points out the widely held ‘belief in “the law” as something above the state and above the individual’. And he argues that ‘such concepts as justice, liberty and objective truth are still believed in’. British society may rarely live up to its ideals, but that doesn’t diminish the esteem in which they’re held. ‘They may be illusions, but they are very powerful illusions’, writes Orwell. ‘The belief in them influences conduct, national life is different because of them.’

And then there is democracy. ‘The electoral system, for instance, is an all-but open fraud. In a dozen obvious ways it is gerrymandered in the interest of the moneyed class. But until some deep change has occurred in the public mind, it cannot become completely corrupt. You do not arrive at the polling booth to find men with revolvers telling you which way to vote, nor are the votes miscounted, nor is there any direct bribery.’

This is typical of The Lion and the Unicorn. All that is valuable about British culture, from its democratic tendency to the popular attachment to liberty, is recognised as being imperfectly realised, sometimes severely so. But that does not mean the values and ideals informing our common culture should be tossed overboard, as lies or veils for ‘systemic’ prejudice of some sort. Rather, we should seek to better realise them.

Indeed, the patriotic devotion ‘to a particular place and a particular way of life’ is not the same as mindlessly affirming it as the best of all possible worlds. ‘Nothing ever stands still’, Orwell writes in the conclusion to The Lion and the Unicorn. ‘We must add to our heritage or lose it, we must grow greater or grow less, we must go forward or backward. I believe in England, and I believe that we shall go forward.’

This is why patriotism is not inherently right-wing or the preserve of rabid Tories. As Orwell puts it: ‘Patriotism has nothing to do with Conservatism. It is actually the opposite of Conservatism, since it is a devotion to something that is always changing and yet is felt to be mystically the same.’

Old Etonian Orwell may well have struggled with his own class-bound snobbery – he admits in The Road to Wigan Pier to being repulsed by the dirt and smell of working-class life. But he possessed what too many among our cultural and political elites now lack – a faith in the people of Britain. As Orwell saw it, they needed more political power if the nation was to flourish. This nation ‘only just beneath the surface, in the factories and the newspaper offices, in the aeroplanes and the submarines, has got to take charge of its own destiny’, he wrote in The Lion and the Unicorn.

Maybe those in today’s Labour Party really have decided, in Orwell’s words, to ‘use [people’s] patriotism instead of merely insulting it’. Yet given its leading figures’ aversion to Brexit, and their prior attempts to overturn the referendum, they clearly have little faith in people’s ability to govern themselves – ‘to take charge of their own destiny’. And a patriotism divested of any faith and trust in your fellow citizens is no patriotism at all.

Picture by: vfutscher / Flickr, published under a creative-commons licence.