Why panic about a few pitch invasions?

The returning spectre of unruly English football fans has revived elite fears of the crowd. 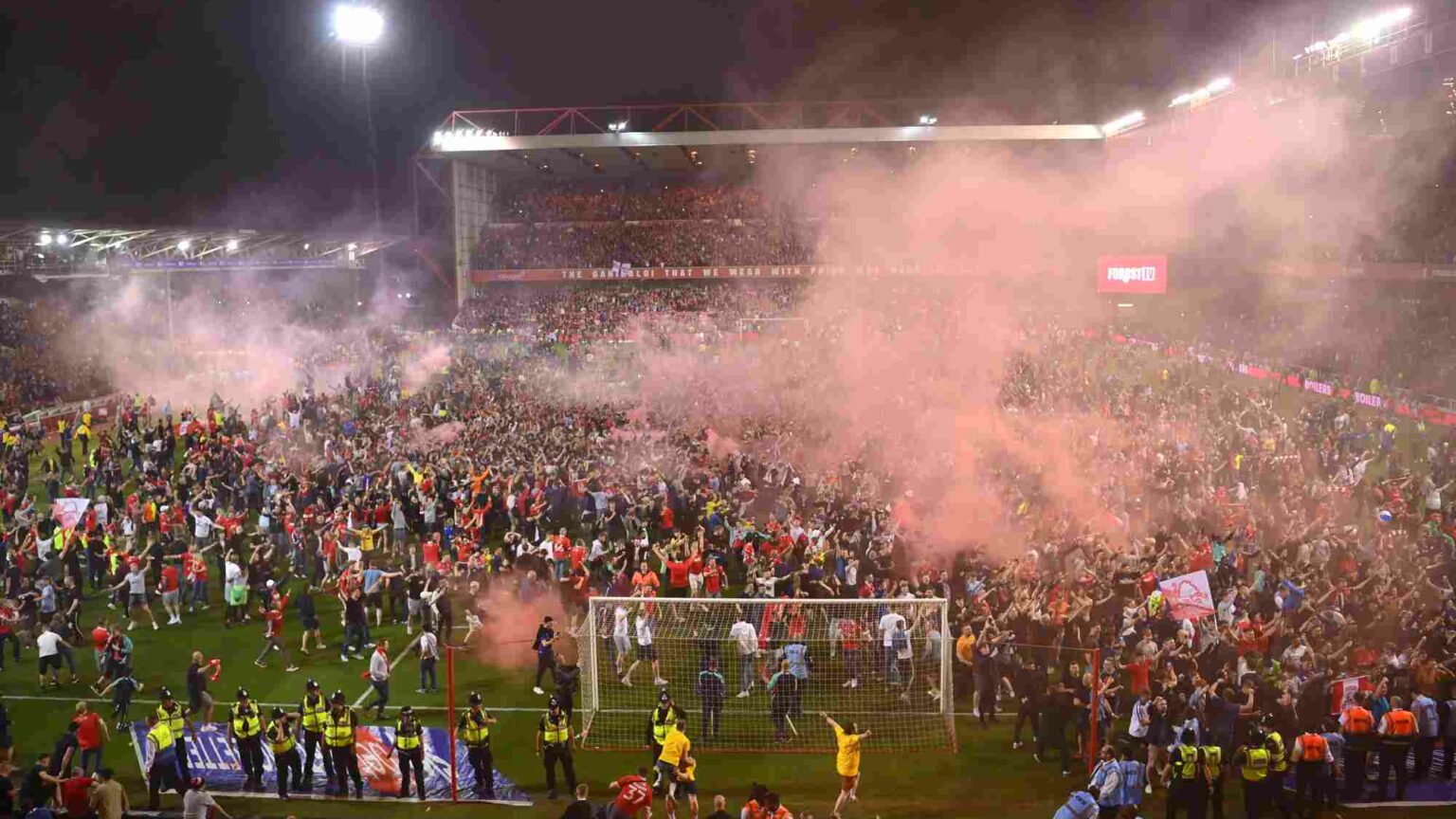 At the end of the match, supporters of the defeated home team invaded the pitch and attacked players from both teams – pelting them with stones, beating them with sticks, punching players and spitting at them. One player from the visiting team was beaten so badly that he lost consciousness. The press described the fans as a mob of ‘howling roughs’.

No, that’s not an account of the comparatively non-violent pitch invasions that have so outraged observers of English football over the past week. It is a report of one of the first recorded instances of football hooliganism in the modern game, which occurred in 1885, after the visiting Preston North End beat Aston Villa 5-0 in an, er, friendly game.

And yet we are now being warned by experts and authorities that English football is back in the dark ages with hooliganism apparently returning to its worst. As ever in relation to our national game, the one thing we always seem guaranteed to lose is any sense of perspective.

As the English football season ends, there have been a series of incidents involving thousands of celebrating fans invading the pitch at the end of big matches. On the fringes of these mass outbreaks of joy, some opposing players have been verbally abused or assaulted.

In one serious incident, Sheffield United’s Billy Sharp was head-butted by a Nottingham Forest fan after their Championship play-off semi-final. The 30-year-old offender was quickly arrested and rightly jailed for 24 weeks. Another assault involved Aston Villa goalkeeper Robin Olsen being smacked on the back of the head by a Manchester City fan, after the crowd invaded the pitch to celebrate City’s dramatic triumph in the Premier League race. Olsen was not injured. On the other side, Crystal Palace manager Patrick Vieira was filmed kicking at an Everton fan who taunted him during a pitch invasion. (Viera has some way to go to emulate the legendary Forest manager Brian Clough, who famously smacked his own team’s fans for running on to the pitch in 1989.)

Apart from the isolated incident of the cowardly assault on Sharp, some of us might think that all this is nothing to worry too much about. Yet to judge by the widespread talk of dark ages and mob violence, anybody might imagine a few celebratory pitch invasions pose almost as big a threat to civilisation as the bloody war in Ukraine.

‘I don’t know where we’re going as a country, it’s absolutely disgusting’, declared the Swindon Town manager in widely reported remarks, after Port Vale fans invaded the pitch at the end of their play-off match. One leading football writer appeared at first to counsel against overreacting to a few pitch invasions. ‘Supporters have always encroached on the playing area in celebration at the end of the season. That, in itself, is not much of a problem’, he assured us. But he then announced that ‘pitch invasions are a sign of a broken country, not a broken game’, pointing the finger at Boris Johnson’s government for legitimising rule-breaking in Britain.

For its part, meanwhile, the Tory government has apparently decided that, in the words of one supportive newspaper editorial, ‘drugs are stoking a terrifying surge in violence at stadiums’. So it is making football grounds the new venue for its war on hard drugs, introducing five-year banning orders for any fans caught crossing the wrong sort of white line at a match. With so many political and social issues being somehow linked to people running on to football pitches, it would not have been surprising to see commentators blaming Brexit, as they tried to do after the outburst of disorder by partying England fans around last year’s Euros final at Wembley.

There is a long history of moral panics about the spectre of football hooliganism among politicians and pundits. Yet, at a time when trouble at football bears no comparison to the terrace violence of the 1980s, never mind the 1880s, rarely has the reaction seemed so out of proportion to what has actually happened.

The latest panic in high places is fuelled by a resurgent elite fear of the crowd, especially a crowd of unruly working-class men. Over recent decades football has been colonised by the Nu Football middle-classes, who claim to love the ‘beautiful game’ yet fear and loathe the ‘ugly’ proles who traditionally watch and play it. Football stadiums have been turned into ‘no standing / drinking / smoking / swearing / invading the pitch’ safe spaces, largely for their benefit.

As we noted at the time, lockdown epitomised the soulless affair that some would now like football to be: almost empty grounds, with misbehaving fans replaced by cut-outs, their vulgar chants replaced by cleaned-up recorded crowd noises, while decent folk watched on TV from the comfort of their own homes.

The Nu Football set has been shocked by the return of real football crowds, who do not behave as the official etiquette dictates. They have come back chanting naughty songs, booing players who take the knee and the national anthem, invading pitches and generally having a good time as football fans have always done. This has put the fear of the crowd back into some looking down on the party.

As one horrified pundit observed, pitch invasions leave players and officials ‘horribly vulnerable to the simple and unpredictable whim of the masses’. You can almost hear our political leaders expressing the same terror about the unreliable electorate.

Inevitably, there have been calls for ‘something to be done’ about pitch invasions, with the Football Association pledging to ‘review our regulations’ and the Football League threatening to reduce crowd capacities for clubs which fail to control their fans. Nobody has yet suggested the return of the metal cages we were all trapped in like animals during the bad old days, which were instrumental in the Hillsborough disaster of 1989, or the electric cattle fence that Chelsea chairman Ken Bates erected around the pitch at Stamford Bridge in the same era.

In reality, there is little to be done about the celebratory pitch invasions that are part of the fabric of English football, apart perhaps from a return to lockdown-style lock-outs. It is already a criminal offence to encroach on a football pitch, under the authoritarian Football Offences Act 1991, brought in as part of the campaign to sanitise football. But as one Premier League executive observed last week, ‘Without a battalion of fusiliers stationed around the perimeter of the pitch, what chance do we have if 2,000 people decide to stampede at the same time?’

More to the point, while dealing with the very rare violent offender, why should we feel the need to panic about people taking back football for fun?