The Irish border deal that could have been

There have always been solutions to the Brexit border problem. The EU just chose to ignore them. 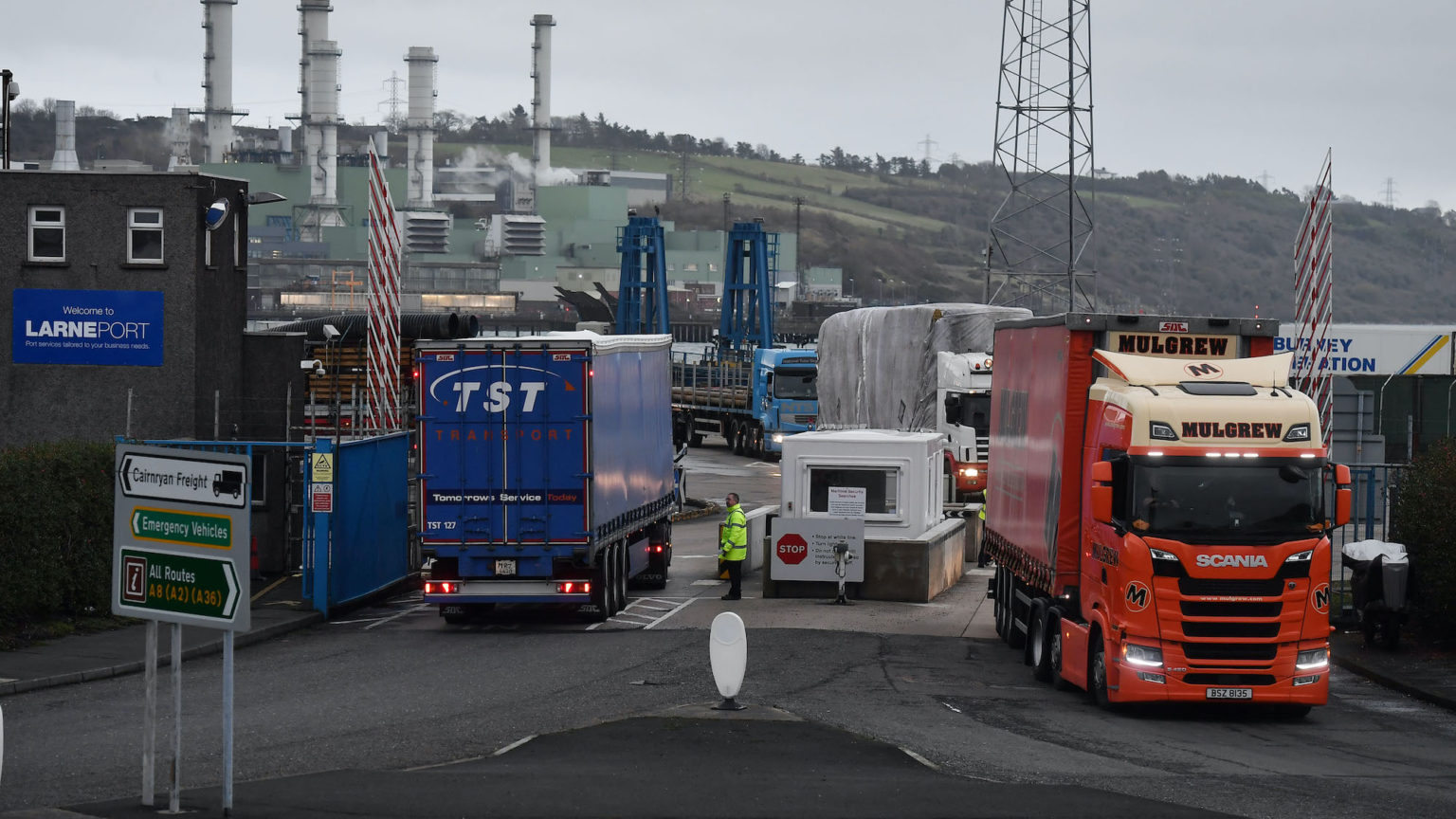 One of the more bewildering aspects of the Northern Ireland Protocol is how the EU was allowed to get away with rejecting all alternatives to its own extreme and ultimately unsustainable arrangements for a customs border around Northern Ireland. Aside from a few desultory mentions in early UK papers, workable ideas for invisible electronic borders or legal enforcement between Northern Ireland and the Republic of Ireland were never made. There was little attempt to even assess these ideas. Even proposals from the EU’s own experts were kept far away from official negotiations. Any reference to alternatives was met by the EU with haughty disdain as ‘delusional’ or ‘magical thinking’.

The same autocratic dismissal is in evidence today as UK requests to widen the EU’s negotiating mandate over the Northern Ireland Protocol are described by EU diplomats as ‘dead on arrival’. Having engineered a stunning and unexpected coup in pushing the customs border back into the internal space of the UK, the EU is in no mind to give up its gains. Laughably, the EU has tried to present the Irish Sea border as a concession on its part, as it means allowing a third country (the UK) to conduct checks on imports into its Single Market.

The EU consistently argued that there was no alternative to the protocol while keeping details of what a border in the Irish Sea would entail unclear – until it was too late. The UK allowed the EU to get away with this through a series of egregious negotiating errors, admittedly in the context of a deeply divided parliament. Much was given away for free right at the start of the negotiations, including the promise of no customs border within Ireland. There was no attempt during the Theresa May years to argue for the kind of procedures which the UK government is currently asking for. The current alternative, laid out by then chief Brexit negotiator David Frost in a command paper in July 2021, is mutual enforcement. This involves each side making it illegal to export goods into the other’s territory unless product regulations are fully complied with. Crucially, there would be minimal customs procedures for goods coming from Great Britain that are destined for Northern Ireland, and Northern Irish firms would be free to use UK regulations unless they are exporting to the EU.

The mutual-enforcement approach was first suggested in a 2019 paper by Harvard Law professor Joseph Weiler, editor of EU Law Live Daniel Sarmiento, and a former high-ranking official in the European Commission, Sir Jonathan Faull. This idea was never taken up by the May government which, by then, had acceded to the EU’s demands on the border. The idea lay dormant except among the Brexiteers of the Centre for Brexit Policy, until Lord Frost’s paper in 2021. By 2019, when the Johnson government took over, it was already much too late to take new ideas to the EU. The EU had already won its key victory on the Irish border by the time of the December 2017 joint report on the negotiations, which was later incorporated into the Withdrawal Agreement, where the Northern Ireland Protocol appears. Back then, it also included a (now defunct) ‘backstop’ clause that would have kept the whole of the UK within the EU customs territory until a satisfactory deal could be reached on Northern Ireland.

The key step in the EU triumph was to reject any negotiations on a free-trade agreement until the customs arrangements for Northern Ireland had been finalised. By conceding to this sequencing in 2017, the May government put itself in a fatally weak position. Desperate to move on to discussions on a trade agreement, it was then forced to concede all that the EU and the Irish government wanted in relation to Northern Ireland. A UK paper in mid-2017 had suggested future discussions on (unspecified) technical arrangements for customs once the trade agreement had been reached. No such discussions ever took place and the UK made little attempt to investigate what these might consist of.

It was left to private groups to do the exploration, such as Prosperity UK, which set up the Alternative Arrangements Commission. This was headed by MPs Greg Hands and Nicky Morgan, backed by a team of trade experts under Shanker Singham, and it included technical experts from Fujitsu. The commission’s report outlined a range of technical solutions for an essentially invisible land border in Ireland. These centred on electronic data-sharing including, if necessary, the electronic tracking of consignments or even of individual boxes.

These ideas were based on a 2018 report, Smart Border 2.0, written for the European Parliament by Lars Karlsson. Karlsson, who had been deputy head of Swedish Customs and president of the World Customs Association, argued that existing EU customs arrangements were out of date and should be replaced by electronic arrangements requiring no physical infrastructure at the borders. Both Karlsson’s report and that of the Alternative Arrangements Commission were ignored by the European Commission and were not incorporated into the UK government’s negotiating mandate.

Although Karlsson’s approach was backed by other European customs experts (including Hans Maessen, former head of the Dutch Association of Customs Brokers), it was common for EU spokespersons and much of the media to claim that no technical solutions existed. A lack of technical knowledge appeared no bar to such statements. One reason given for scepticism within the UK was the appearance of the word ‘gates’ in Karlsson’s report, suggesting a need for physical infrastructure. But the author later clarified to the House of Commons Northern Ireland Affairs Select Committee that physical infrastructure was unnecessary.

Only in mid-2019, as Boris Johnson took office, was there any official UK attempt to discuss alternative customs arrangements. A technical advisory group on alternative arrangements to the Northern Ireland backstop was set up in the UK’s Department for Exiting the European Union, chaired by Steve Barclay and Jesse Norman. Although it included a wide membership, it was noticeable that Singham and other customs experts were not invited to take part. The group met a few times over successive months, came to no conclusions and soon withered away as events moved on later in the year.

The Irish border could have been used by the EU as an opportunity to introduce a fully electronic system, but it rejected even the advice of its own experts. Instead, it successfully pushed for a conventional customs border which, completely unconventionally, would be inside the territory of a neighbouring sovereign state. Given the fragile state of Unionist sensibilities, the resulting protocol was never likely to be sustainable and will now have to be replaced. It is just a matter of time before the EU accepts that the game is up and that new arrangements are needed.

Graham Gudgin was special adviser to the first minister in Northern Ireland from 1998 to 2002. His chapter on ‘Discrimination in housing in Northern Ireland’ is published in The Idea of the Union, edited by JW Foster and WB Smith, by Belcouver
Press, 2021.