How black holes ignite our imagination

The image of Sagittarius A* reminds us how much humanity has left to learn. 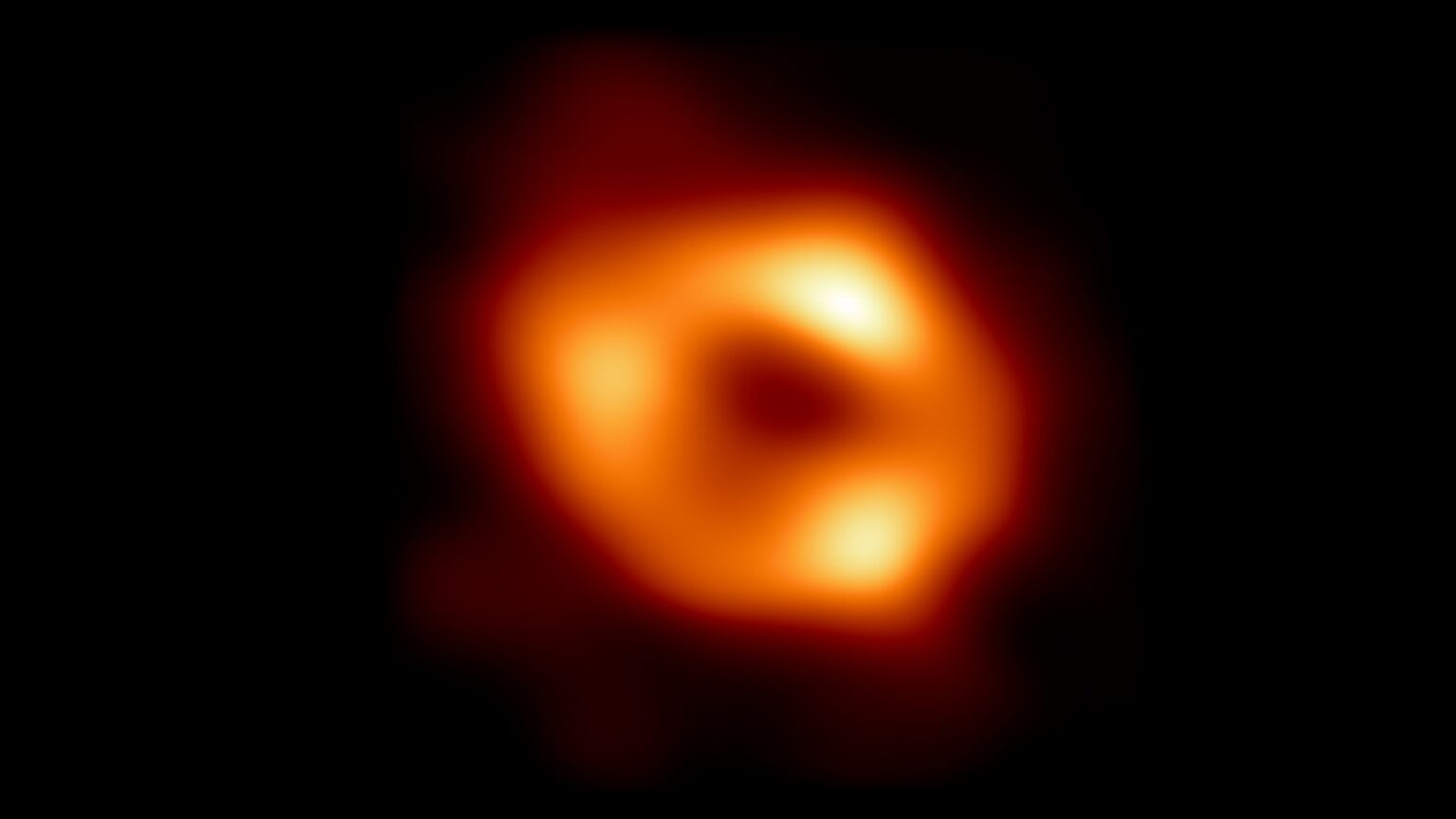 Behold the first-ever image of Sagittarius A*, a black hole about 60million kilometres across, lying at the centre of our galaxy.

Before the image was released a week ago we could only imagine this celestial object. But thanks to the Event Horizon Telescope (EHT) collaboration – an international research group which used observations from a worldwide network of radio telescopes – we can now see it, too.

Strictly speaking, ‘seeing’ is a bit of a misnomer here. This is not a real picture of a black hole. A black hole is a region of space where matter has collapsed in on itself, where the gravitational pull is so strong that nothing, not even light, can escape. Put another way, black holes are, by definition, invisible. The published image is not of Sagittarius A*, but of Sagittarius A* captured in silhouette. A bright, glowing gas-ring-like structure surrounds a dark central region called a ‘shadow’ (light bent by the powerful gravity of the black hole), which is over four million times bigger than our Sun.

But this image still reflects a remarkable achievement. This black hole is over 26,000 light years away from Earth. To capture their image of it, the team created the powerful Event Horizon Telescope, which linked together eight existing radio observatories across the planet to form a single ‘Earth-sized’ virtual telescope. This work involved more than 300 researchers from 80 institutes worldwide. The EHT observed Sagittarius A* on multiple nights, collecting data for many hours in a row, like using a long exposure time on a camera. The computing and processing power required to construct an image from several petabytes of gathered data (one petabyte equals one million gigabytes) is astonishing.

This breakthrough follows the EHT collaboration’s 2019 release of the first image of a black hole, this one called M87*, which is at the centre of the more distant Messier 87 galaxy. Since then, in addition to developing complex tools to overcome the challenges of capturing Sagittarius A*, the team worked vigorously for five years, using supercomputers to combine and analyse their data while compiling an unprecedented library of simulated black holes to compare with their observations.

It is not just the size of Sagittarius A* that has astronomers and other scientists excited. According to EHT project scientist Geoffrey Bower – from the Institute of Astronomy and Astrophysics at the Academia Sinica in Taipei – he and his colleagues were stunned by ‘how well the size of the ring agreed with predictions from Einstein’s Theory of General Relativity’, which was formulated in 1916. The similarity between the edges of Sagittarius A* and M87* – two very different black-hole masses from two completely different types of galaxies – has revealed that General Relativity governs these objects.

This insight is a huge step forward for science. It is now possible to study the differences between these two supermassive black holes. This may yield invaluable new clues about how black holes work. The images of these two supermassive black holes – one at the large end and one at the small end of the scale – have already significantly improved our ability to understand what happens at the very centre of our galaxy. This research offers us new insights into how these giant black holes interact with their surroundings. And it will enable scientists to go even further in testing how gravity behaves in these extreme environments.

All this could radically impact the future of science. Astronomers still don’t know what transpires in the interior of a black hole. If anything, black holes represent a fundamental breakdown in our understanding of how gravity usually works. What we find out from here may well challenge existing theories in ways few have imagined. This is daunting, but also exhilarating. It reminds us that for all the talk of The Science these days, implying that facts are permanent and unchallengeable, science is always a work in progress, proceeding in fits and starts.

The brilliant image of Sagittarius A* should ignite yet more discoveries. The process of producing such images has already led to technological and scientific marvels, which will enable humanity to deepen our collective knowledge further. As WB Yeats once put it, ‘education is not the filling of a pail, but the lighting of a fire’. And now we have one, at the centre of our very own galaxy.