The catastrophe of Zero Covid

Attempts to eliminate the virus have come at a huge cost. 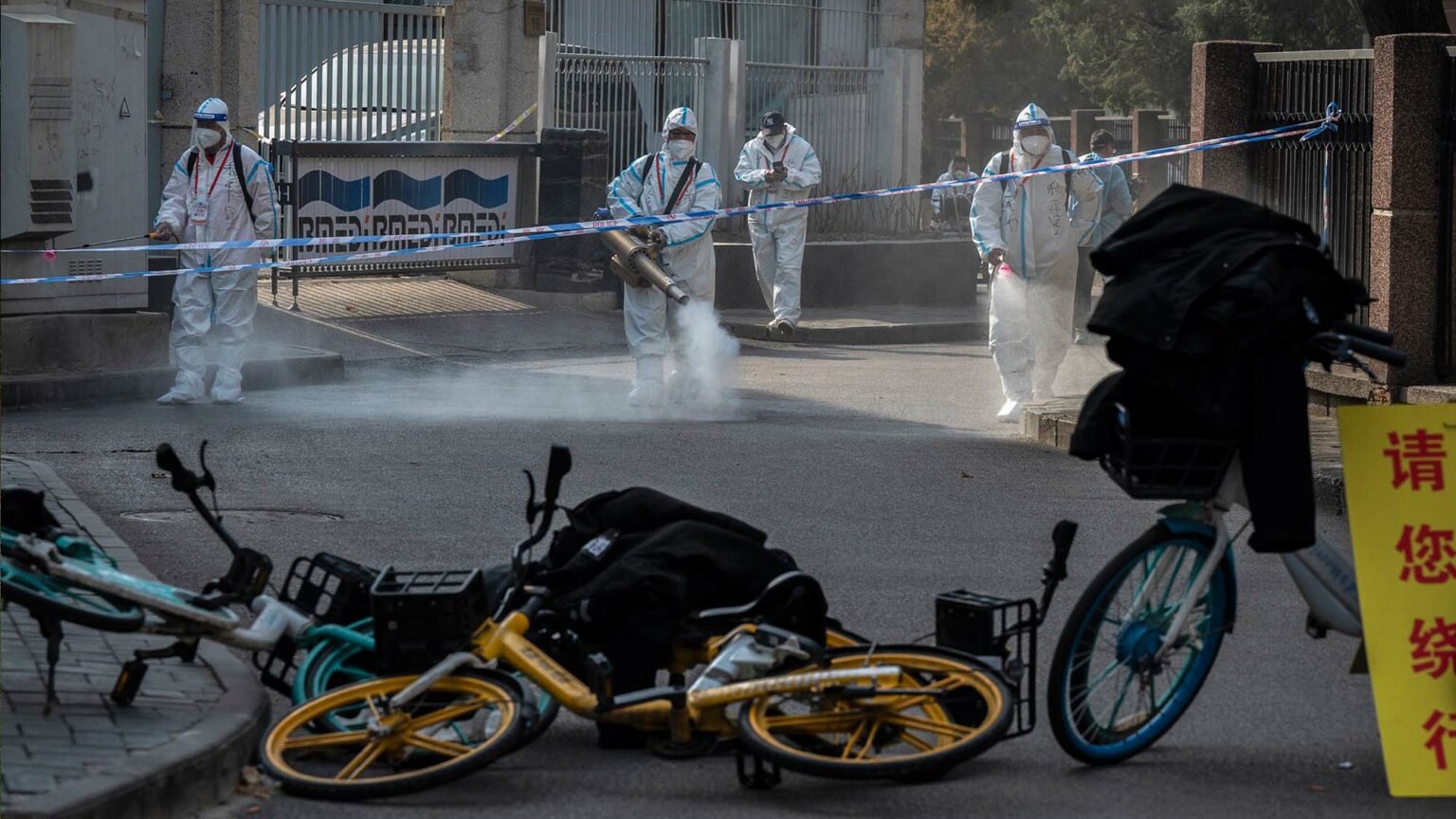 Some academics, pundits and politicos are now saying that Zero Covid – a policy they themselves promoted – was merely a temporary strategy to keep Covid cases low until vaccines became available.

This was certainly the claim of Devi Sridhar, a professor of public health and sometime adviser to the Scottish government. Writing in the Guardian last week she said that ‘pursuing maximum suppression or a Zero Covid response were optimal in a pre-vaccine, pre-antiviral era’.

For all these governments and activists, Zero Covid meant what it said on the tin: the elimination of Covid-19 – the stamping out of all Covid transmission in a given area. Strategies to achieve this involved border closures, lockdowns and aggressive contact tracing.

Zero Covid never stood a chance in the UK. The first wave in early 2020 seeded the virus widely and the government’s Test and Trace system, though bothersome and expensive, never actually worked. This should have surprised no one. England’s gonorrhoea caseload rose to 71,000 in 2019 – nearly 200 cases per day – compared with 41,000 in 2015. This is despite the existence of long-established contact-tracing systems and the fact that most of us can recall whom we slept with. So what chance would such a contact-tracing system have against an airborne virus which, even in the summer trough of 2020, generated 600 to 1,000 cases daily, rising to 20,000 by the subsequent October? Do you recall all those people you breathed next to?

The places where Zero Covid did work, with cases suppressed until well into 2021, included South Korea, Taiwan, Singapore, Vietnam, Australia, New Zealand and China. All except China succeeded because they limited initial seeding by closing their borders. Australia and New Zealand also benefited because Covid first struck in their summer.

South Korea and, to a degree, Taiwan employed highly intrusive tracking methods, integrating data from surveillance cameras, mobile phones and credit-card use. Australia, and states within Australia, closed their borders and instigated harsh lockdowns even for tiny case numbers. And having suppressed its first wave in Wuhan, China adopted mass screening. For example, in November last year, 34,000 people were tested as contacts of just one infected case at Shanghai’s Disneyland. Identified cases and contacts were subjected to enforced quarantine.

Whether the price paid in lost freedom is acceptable is a political question. Policing in Melbourne was notoriously brutal. And the morality of New Zealand requiring returning citizens to compete in a lottery for a quarantine hostel place is, at the very least, questionable.

And now Zero Covid has crumbled, undermined by public exhaustion, the emergence of more transmissible variants and by the failure of vaccines to prevent their transmission. One by one the Zero Covid dominos have fallen.

Singapore and Australia went first, quietly recognising reality during the Delta wave last August, and allowing the virus to circulate. South Korea, Vietnam and New Zealand soon followed. Indeed, New Zealand’s attempt in January to suppress Omicron failed completely with cases rising from a few dozen to 20,000 a day – equivalent to 260,000 a day in the UK. South Korea – the poster boy for Test and Trace – has recorded between 300,000 and 600,000 cases a day for over a month now. Extensive vaccination has limited severe disease but failed to stop circulation.

China, Hong Kong and Taiwan are the last Zero Covid dominoes standing, though they’re now very wobbly as well. Taiwan, I suspect, will pivot to a mitigation strategy, like South Korea, once an outbreak breaches its borders.

China, however, remains aggressively wedded to Zero Covid, with Hong Kong dragged along with it. And the strategy isn’t going well. Hong Kong’s recent Omicron outbreak is estimated to have infected up to half of the population, though official figures indicate far fewer. Hospitals have been overloaded, and deaths are spiking, which reflects the authorities’ failure to vaccinate many care-home residents. Whereas South Korea and Hong Kong recorded similarly high Omicron infection peaks, the peak death rate was disproportionately higher in Hong Kong, at 285 deaths a day versus 350 a day in South Korea, despite Hong Kong having a population that’s seven times smaller.

China, too, now has multiple Covid outbreaks. It is responding to these with larger and more numerous local lockdowns, including in Xi’an, Beijing and Shenzhen. The Chinese authorities are now conducting a bizarre experiment on Shanghai, after it recorded 6,000 cases a day, most of them asymptomatic. First, one half of the city will be locked down for five days while mass testing is done, and then cases will be identified and isolated. Then the exercise will be repeated on the other half of the city. It is hard to see how this will stop viral circulation, so further lockdowns are to be anticipated. The fact China has built large quarantine facilities suggests it is in for the Zero Covid long haul.

Suppression, but never eradication, can be achieved, if huge resources are applied, liberties are suspended and initial seeding isn’t too great. But viral evolution, which favours more transmissible variants, keeps raising the stakes. You might win this time. But next time? The Alpha variant gained initial traction in north Kent and Essex during the UK’s second (November 2020) lockdown. Perhaps lockdown accelerated Alpha’s takeover, suppressing the competition?

What is more, public patience wears out. Hongkongers, denied liberty in respect of Covid and much else, are voting with their feet, with emigration touching one per cent per month. Even China is restive. There have been protests in Shanghai, the social-media clips of which have since been swiftly deleted. Students in Chengdu, who were confined to campus, say they were treated worse than dogs. Chinese authorities have also been culling people’s pets. Meanwhile, the tab mounts: one analysis puts the costs of China’s lockdowns at £35 billion per month, with a potential to double.

The approach might be bearable if Zero Covid led somewhere. But it doesn’t. There is no Covid-free nirvana at the end, and no early prospect of a vaccine that stops circulation. Rather, a Zero Covid jurisdiction has two choices. It can remain shut indefinitely, trying to suppress each new outbreak that breaches its borders. Until it fails. Or, alternatively, it can choose to rejoin reality, and allow its citizens to live normally again.

David Livermore is a professor of medical microbiology at the University of East Anglia and is on the editorial board of Collateral Global.