The tragic folly of lockdown

Data on excess deaths show that countries that locked down hard fared no better than those that didn't. 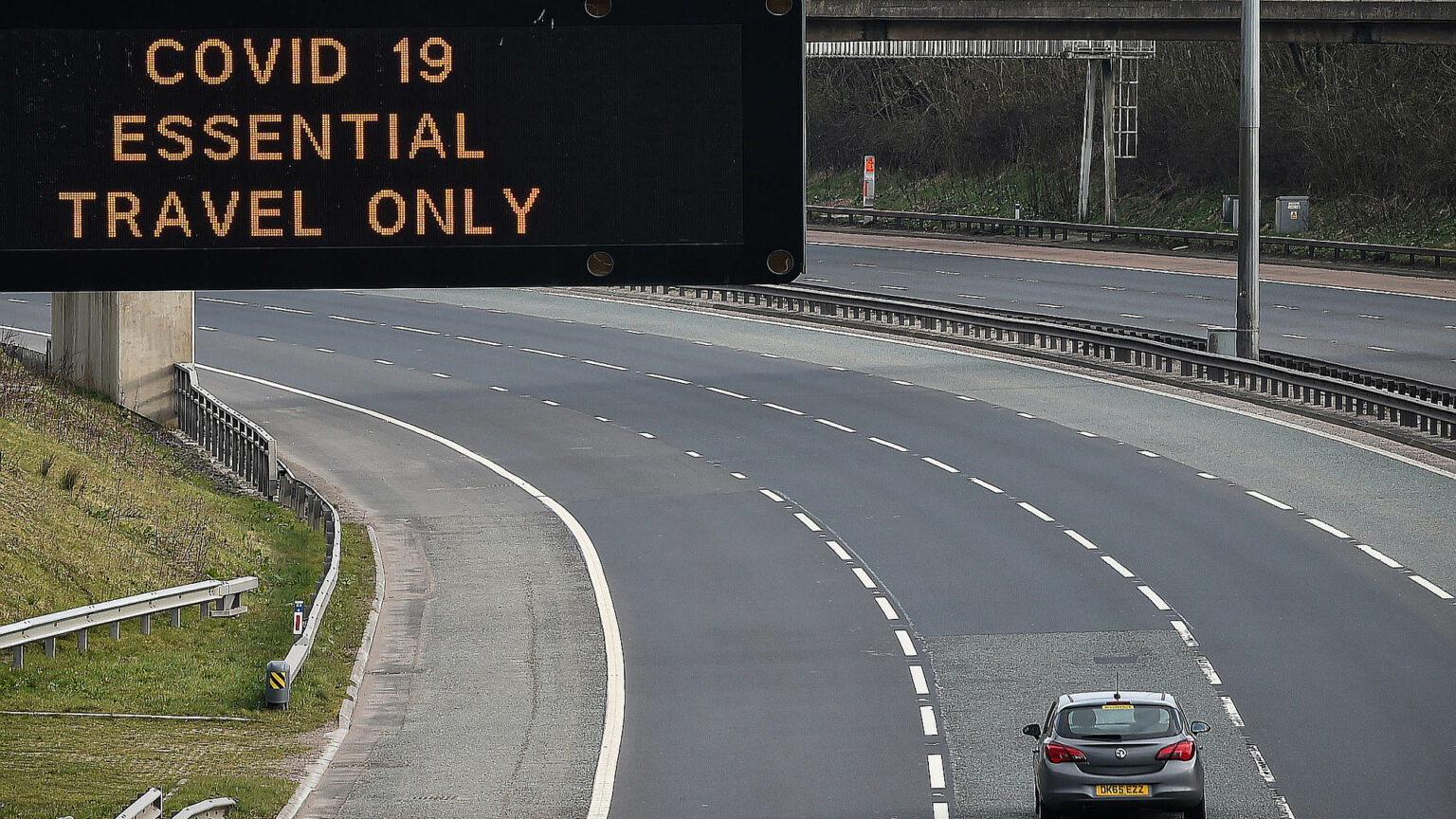 Throughout the pandemic, the media have eagerly compared Covid statistics between different countries. But such comparisons are often deceptive.

Take, for example, the use of Covid case counts. These depend not only on the number of people infected but also on the amount of testing performed. While useful for evaluating whether cases are increasing or decreasing within a particular country, they are deceptive when comparing countries. If we truly wanted to know, it would be easy, through random seroprevalence surveys that measure the proportion of people with antibodies. But not all governments have been eager to conduct these surveys, while some scientists have even got into trouble for doing them.

Comparing Covid death tolls between countries, as many journalists have done, is equally problematic. A Covid death is defined differently in different countries, with varying testing thresholds and a different maximum number of days required between a positive test and death. Therefore, countries vary in the proportion of reported Covid deaths that, firstly, are genuinely due to Covid, secondly, have Covid as a contributing factor but not as the main cause, and, thirdly, that show whether an individual died with rather than from Covid.

This confusion can lead to an over-reporting of Covid deaths. If we truly wanted to know, it would be easy. We could randomly select some reported deaths and evaluate their medical charts. Surprisingly few such studies have been performed.

Other countries have under-reported Covid mortality. For example, Nicaragua has reported very few Covid deaths. However, from reports that carpenters were working overtime to fulfill the burgeoning demand for wooden burial coffins in 2020, we certainly know that large numbers of people were dying from Covid there.

The media have also been tripped up by several significant variables. For example, the pandemic arrived and surged at different times in different countries, and even within countries – as you would expect from any pandemic. During the first wave in 2020, some countries were praised for their strict lockdowns and low Covid mortality, but subsequent waves hit some of them so badly that they now have among the highest mortality numbers in the world.

Covid is also seasonal. This means that it follows different seasonal patterns in different regions. This fact also tripped up journalists. In 2021, many journalists (often New York-based) blamed the seasonal summer wave in the southern United States on Covid policies. But when the subsequent winter wave arrived in the northern US, it was clear to all that it was a seasonal effect.

Extreme Covid restrictions, such as those imposed by Australia, Hong Kong and New Zealand, certainly kept the virus at bay for a while. But that just postponed the inevitable. All countries have to work their way through the pandemic sooner or later.

Moreover, the focus on Covid cases, death counts and so on, ignores the collateral public-health damage from Covid restrictions. These have contributed to deaths from other diseases, and such deaths are just as tragic as Covid deaths. A basic public-health principle is that one should never focus on one single disease but consider public health as a whole. Even if the lockdowns reduced Covid mortality, for which there is scant evidence, one must also consider the harm that the lockdowns caused on other health conditions such as worsening cardiovascular-disease outcomes, missed cancer screening and treatment, lower childhood-vaccination rates, and deteriorating mental health.

Given all this, how should we compare countries’ handling of the pandemic? While not perfect, the best way is to compare excess mortality; that is, the observed total number of deaths during the pandemic minus the average number of deaths observed during the years before the pandemic. Since the pandemic is not yet over, we do not have the full picture yet. Nevertheless, a recent article in the Lancet presents excess deaths for 2020-2021 for almost every country in the world. The map below shows the results: 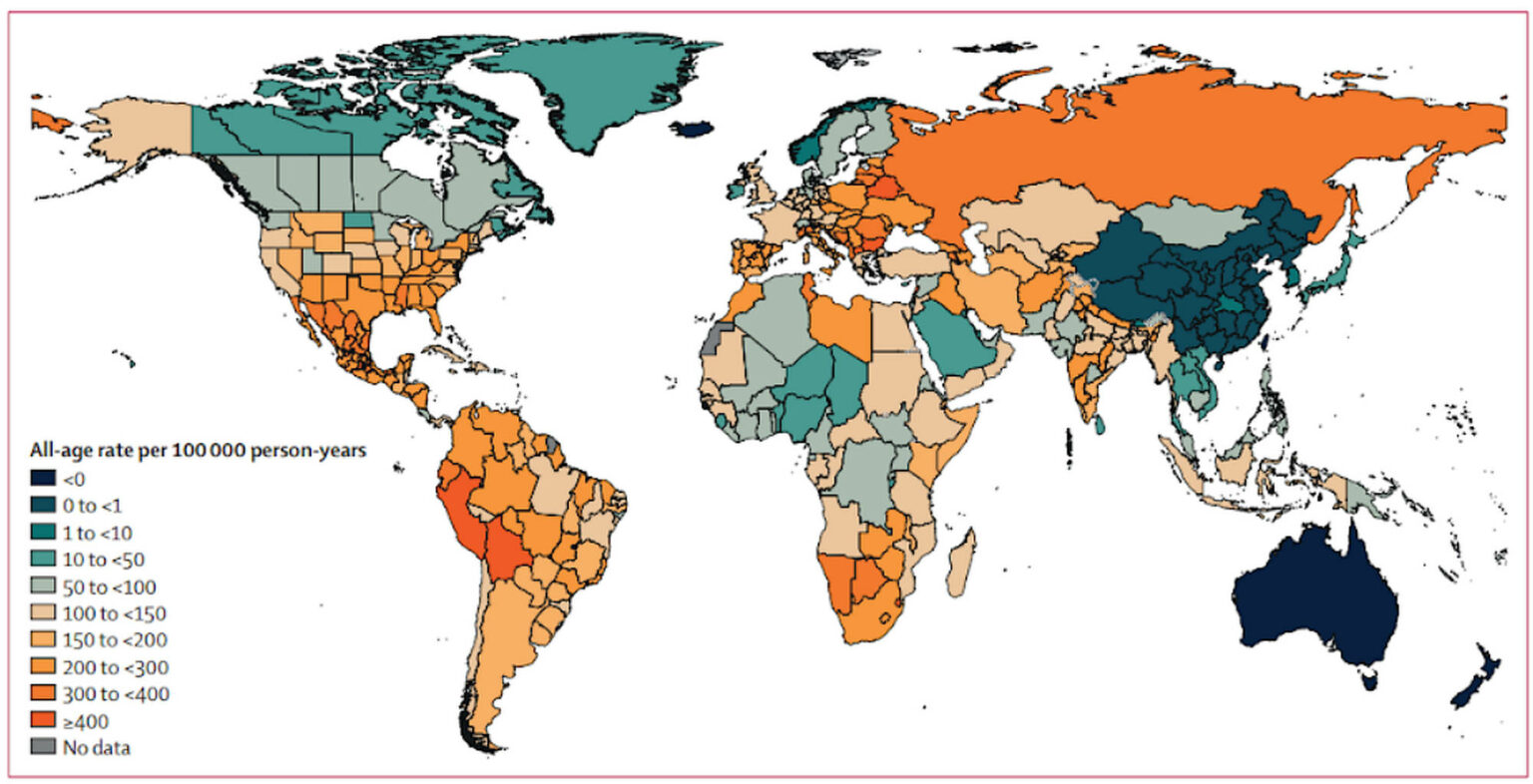 Global distribution of estimated excess-mortality rate due to the Covid-19 pandemic, for the cumulative period, 2020-21

What can we learn from these data? How did three main pandemic strategies compare: (a) a do-nothing, let-it-rip approach; (b) focused protection of high-risk older people with only limited restrictions on others, and (c) general lockdowns and restrictions on all age groups?

Belarus and Nicaragua did little to protect older people and they imposed very few Covid restrictions. They also report among the lowest Covid mortality numbers. From the excess-mortality data, it is clear that they did not escape the pandemic. Nicaragua had 274 excess deaths per 100,000 population, which is precisely the same as the regional average. Belarus had 483 excess deaths per 100,000, higher than the average for either Eastern Europe (345) or Central Europe (316).

In Western Europe, the Scandinavian countries had the lightest Covid restrictions while they tried to protect their older high-risk population. Sweden was heavily criticised for this by the international media. The Guardian, for instance, reported in 2020 that life in Sweden felt ‘surreal’, with ‘couples stroll[ing] arm in arm in the spring sunshine’. Many journalists, politicians and scientists expected that the lighter Scandinavian touch would lead to disaster. That did not happen. Sweden has among the lowest reported Covid mortality numbers in Europe. Of the European countries with more than one million people, Denmark (94), Finland (81), Norway (7), and Sweden (91) are four of only six countries with excess mortality less than 100 per 100,000 inhabitants, the other two being Ireland (12) and Switzerland (93).

What about the UK, with its more heavy-handed Covid restrictions? Compared to the Western European average of 140 excess deaths per 100,000, England had 126, Scotland 131, Wales 135, and Northern Ireland 132.

In the US, South Dakota imposed few Covid restrictions, while Florida tried to protect older people without too many restrictions on the general population. Did that result in the predicted disaster? No. Compared to the national average of 179 excess deaths per 100,000, Florida had 212 while South Dakota had 156.

Countries in Sub-Saharan Africa report the lowest Covid mortality globally, with seven deaths per 100,000, but their excess mortality is 102 deaths per 100,000. Without age-stratified numbers, we do not know how much of this difference is due to the under-reporting of Covid deaths as opposed to the harsh lockdowns that caused malnutrition and starvation among the poor.

The countries with the highest excess mortality are Bolivia (735), Bulgaria (647), Eswatini (635), North Macedonia (583), Lesotho (563), and Peru (529), with no other countries topping 500 excess deaths per 100,000. According to the Oxford Stringency Index, Peru has endured some of the world’s harshest Covid restrictions while those in Bulgaria, Eswatini and Lesotho were closer to the average. Bolivia had very harsh restrictions in 2020, but not in 2021.

Though excess-mortality data should still be treated with caution, they do show that the few places that rejected draconian Covid restrictions did not see the catastrophic death counts that some had predicted.

The pandemic is not over, and with different seasonal patterns in different regions and different levels of population immunity, some countries have not yet seen the worst. For example, 40 per cent of all reported Covid deaths in Denmark occurred during the first 80 days of 2022. Denmark is not as extreme a case as Hong Kong, where 97 per cent of all reported Covid deaths have been in 2022.

The biggest weakness of excess-mortality statistics is that while they count Covid deaths, they do not fully capture the deaths, not to mention the collateral public-health damage, that come from Covid restrictions themselves. Missed cancer screenings and treatments do not lead to immediate deaths, but a woman who missed her cervical cancer screening may now die three or four years from now instead of living another 15 or 20 years. The mortality statistics do not reflect non-fatal collateral damage such as increasing mental-health problems or missed educational opportunities, either. Those harms need to be tallied and addressed in the years to come.

Politicians argued that the draconian lockdowns were needed to protect lives. From the excess-mortality data, we now know they were not. Instead, they have contributed to the enormous collateral damage that we will have to live with for many years to come. It is tragic.

In her classic book, The March of Folly, historian Barbara Tuchman describes how nations sometimes pursue actions contrary to their interests. She starts with Troy and the Trojan horse and ends with the US and the Vietnam War. By ignoring basic, long-standing principles of public health during the pandemic, most nations marched down the path of folly together. The leaders of those nations will be fine, except for some early retirements. The devastation on children, the poor, the working class and the middle class, on the other hand, will take decades to repair.

Martin Kulldorff, PhD, is an epidemiologist, biostatistician and a former professor at Harvard Medical School.

Both Kulldorff and Bhattacharya are senior scholars at the Brownstone Institute and founding fellows of the Acadamy for Science and Freedom.