We need no Major lectures on democracy from Remainers

The ex-Tory PM is an anti-democrat still desperate to overturn Brexit. 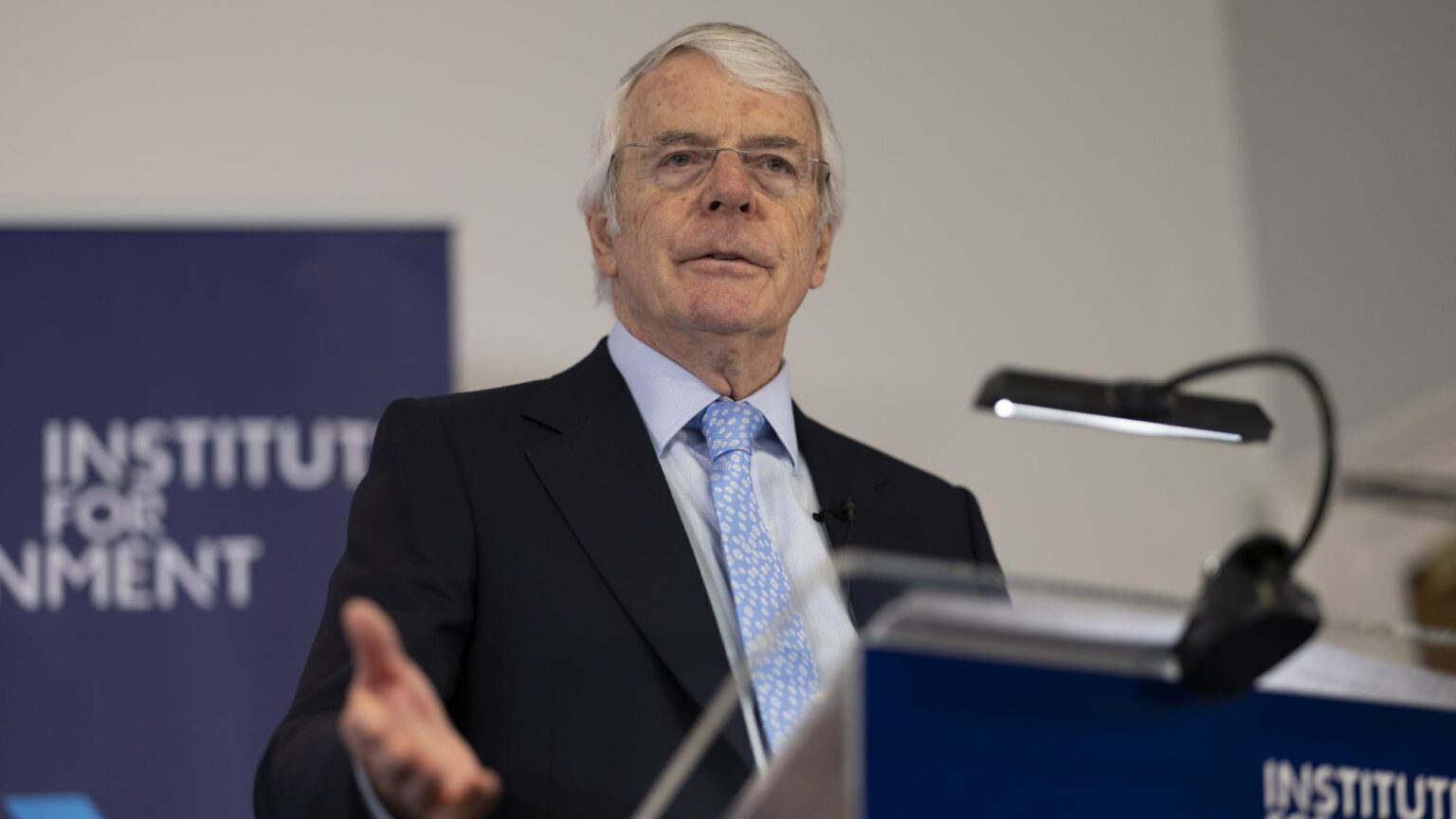 You know Boris Johnson is in serious trouble over partygate when he can even be attacked as unethical and ‘distinctly shifty’ by Sir John Major, the former Conservative prime minister whose 1990s government effectively trademarked the phrase ‘Tory sleaze’.

But what was truly shifty about Major’s big speech to the Institute for Government this week was his attempt to pose as a champion of democracy. Time and again he blasted the Johnson government for undermining public trust in the British democratic system and damaging the ‘wellbeing of democracy’.

This is the same John Major, we might recall, who has spent more than five years trying to overturn the biggest democratic vote in British history: the 17.4million who voted Leave in the EU referendum.

After that historic vote in 2016, arch-Remainer Major immediately dismissed the ‘rather curious’ idea that the 52 per cent to 48 per cent vote for Brexit should be binding on parliament or the government. No, no, he explained to us simple folk, ‘the tyranny of the majority has never applied in a democracy’. Some of us might naively have imagined that majority rule was the essence of democracy. But not, it seems, when millions of common ‘tyrants’ have the audacity to vote against the wishes and instructions of Major and the rest of the minority Remainer elite.

Major did all in his power to undermine and try to overturn the democratic Brexit revolt. He campaigned for a second referendum in a bid to overturn the result of the first one, declaring that he could see no ‘intellectual argument’ against such a re-run, which may say more about his anti-democratic instincts than his intellect.

As he even saw fit to boast this week, Major joined the likes of Gina Miller in taking the Johnson government to the Supreme Court in 2019, over Boris’s attempt to prorogue the Remainer-dominated parliament that kept blocking Brexit. This hero of democracy trusted a few top judges to overrule the wishes of 17.4million voters. The people soon let Major, Miller and Co know what they thought of that by giving Johnson’s Tories an 80-seat majority in the General Election, on the strength of Boris’s promise to ‘get Brexit done’.

This is what Major’s big speech, loudly applauded across the Remainstream media, was really about. Not a high-minded defence of democratic principles, but the latest attack in the establishment’s dirty guerrilla war for Remainer revenge. Like almost everything else they do, it’s all about Brexit.

Nobody needs to defend Johnson’s government or the prime minister’s antics in order to tell Major where to stick his sermon. Because Boris is not the real target. In the eyes of elitists such as Major, the biggest threat to democracy comes from the people – the demos – when they insist on voting the wrong way, be it for Brexit or Boris or Trump.

That is why Major kept banging on about the danger posed by ‘populism’ in Britain, Europe and America, and lambasted Johnson’s government for giving in to ‘populist pressure’ on issues such as border control. For Major and his ilk, ‘populism’ is a euphemism for popular democracy, and that must be restrained and defeated at all costs.

For all Major’s preaching about the importance of ‘trust in democracy’, the one thing he truly does not trust is the people. The Remainer elites essentially believe in a form of democracy without the active participation of the demos, where politics is conducted and power is exercised behind the closed doors of Westminster and Whitehall. Thus Major’s speech listed the key, most trustworthy pillars of the democratic system as being all of the unelected, unaccountable bastions of establishment influence, from the House of Lords and the Supreme Court to the BBC, the civil service and the police.

Major is just the latest of the bitter Remainers gathering around the still-breathing body of Johnson’s government like carrion crows, desperately hoping to pick the bones of Brexit. We have already seen the likes of Tory Lord Heseltine and Labour Lord Adonis declaring that ‘if Boris goes, Brexit goes’. Meanwhile Boris himself appears to have made another concession by bringing in a top ex-BBC Remainer as his new head of communications, one who will happily take the knee to the EU.

As Major said this week, democracy can never be taken for granted and must be fought for time and again. Too true, but not in the way he meant it. Our fight to defend and advance democracy must mean rekindling the democratic spirit of the Brexit revolt against the political establishment and its allies.

By contrast, Major’s plan to save democracy and clean up British politics would involve appointing ‘fully independent guardians of ethics’, with new, stronger legal powers to police parliament. In other words, he wants another beefed-up entirely unaccountable committee to keep elected politicians in their place.

We should remind Major and the rest of the Remainer elites that there is already a powerful and ‘fully independent’ body that can hold politicians to account. It is the UK electorate.

The real danger to democracy today is that the people are excluded from big political battles which are reduced to internal bunfights between different wings and houses of the political elite. So long as that remains the case then, to adapt the song that New Labour used against Major’s government 25 years ago, whether Boris stays or goes, ‘Things Can Only Get Worse’.