The boundless entitlement of Hillary Clinton

Her tearful ‘victory’ speech shows that she still refuses to accept the 2016 election result. 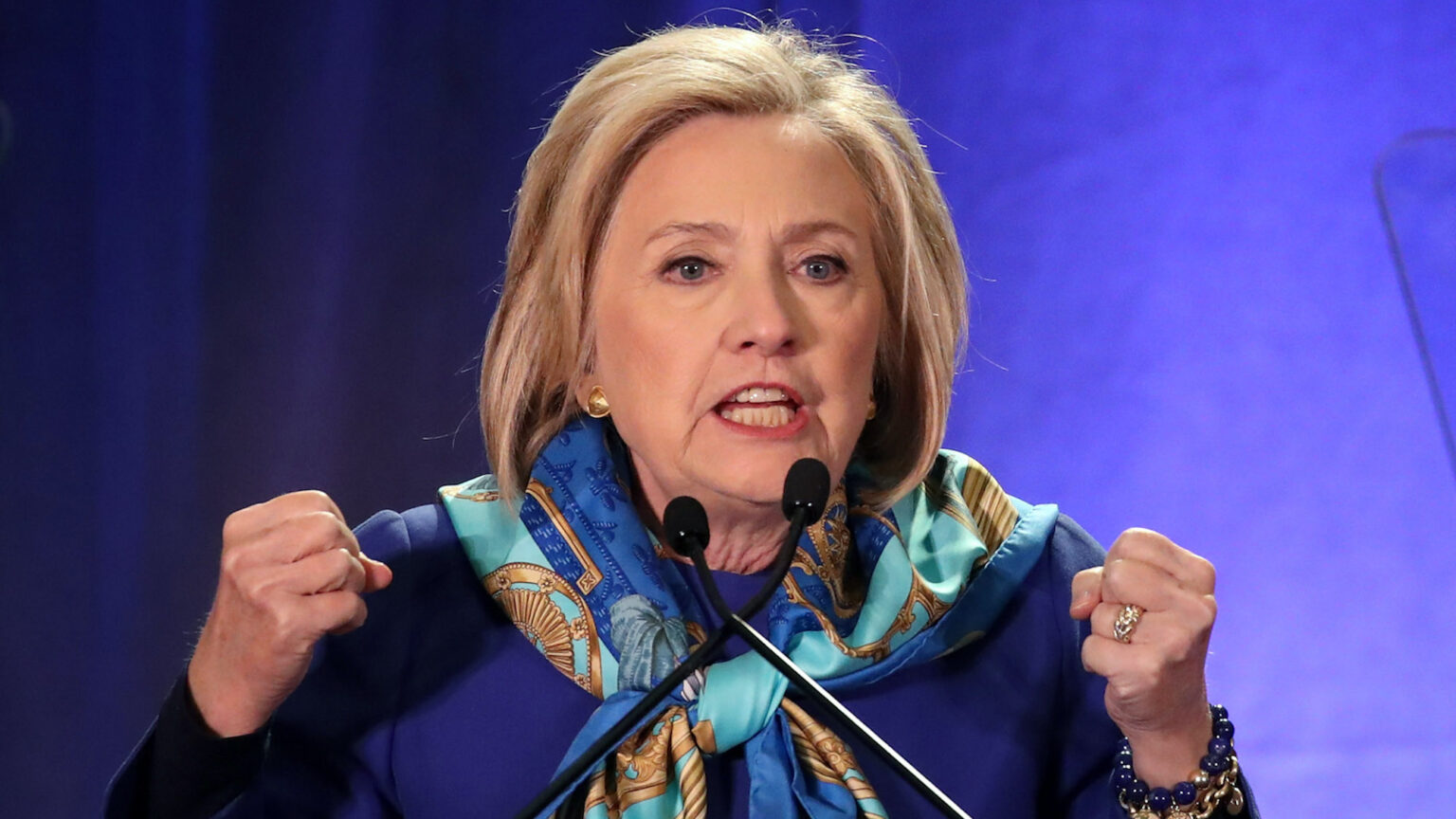 Imagine Mitt Romney, five years after he lost the 2012 US presidential election to Barack Obama, reading out the victory speech he would have given if he’d won. And then imagine him breaking down half-way through as he contemplates what could have been – or, as he sees it, what should have been.

You would probably expect some sort of professional intervention.

This is no longer a hypothetical scenario. On streaming site MasterClass, which provides pricey ‘lessons’ from self-important, famous figures, Hillary Clinton has delivered the speech she would have given if it weren’t for those pesky Trump voters.

As she relives the 2016 victory that wasn’t, she does hold it together for a bit. But during a particularly butt-clenching segment, where she starts addressing her mother, Dorothy Rodham, Clinton starts to choke up:

‘I dream of going up to her, and sitting down next to her, taking her in my arms, and saying… “You will have a good family of your own and three children. And as hard as it might be to imagine, your daughter will grow up and become the president of the United States.”’

As Wilde might have put it, you’d have to have a heart of stone to listen to Clinton’s ‘victory’ speech and not laugh.

Just pause for a second and contemplate the scale of delusion and entitlement on show here. Even now, five years and one presidential election later, it seems Clinton is still acting as if she should have won. As if she had her rightful future stolen from her.

Sad, as Trump would say.

Part of the problem is Clinton herself. Long before 2016 she treated the presidency as little more than the next step in her brilliant career, the inevitable reward for being, as she put it, ‘the most qualified candidate in history’. Such was her sense of entitlement that voters, elections and democracy barely featured in her calculations. It was as if she was supposed to inherit the presidency rather than win it. As Dick Morris, a former adviser to Bill Clinton, put it in 2019, Clinton acted as if ‘God put her on the Earth’ to be president.

Indeed, she was so certain of becoming president that on the night of the election itself she tirelessly rehearsed her victory speech, only realising, much later, that she might have to deliver a concession speech instead.

Clinton has never come to terms with what happened. Trump’s victory appeared to her as a glitch in the matrix, a gross mistake or worse – a fiendish Russian plot.

Her 2017 book-length response to the election, What Happened, was shot through with delusion and displacement. She claimed that she would have been president if former FBI director James Comey hadn’t opened an investigation into the use of her private email account a few days before the ballot. That she would have been president if it wasn’t for ‘the unprecedented interference’ of Vladimir Putin, who ‘is not a member of my fan club’. As she told NBC’s Today in 2017, ‘Absent that, I believe the evidence shows I would have won’.

But Clinton’s entitled arrogance isn’t even the main reason for her refusal to accept what happened five years ago. Her delusions of victory have been propped up and amplified by her affluent support base and the bruised political and media elites that cheered her on. They were so used to being in power, to having their views and values reflected in their leaders, that they simply couldn’t accept the 2016 result. So they sought to undermine it. They cast it as a racist, white-supremacist vote. They called themselves the ‘Resistance’. And they blamed Trump’s victory on Russian interference.

In their refusal to accept the result, they were denying democracy. And if Clinton’s tearful rendition of her victory speech is any indication, she is still denying reality. Someone really should make an intervention.