Kyle Rittenhouse was not acquitted for being white

Americans of all races have benefitted from the right to self-defence. 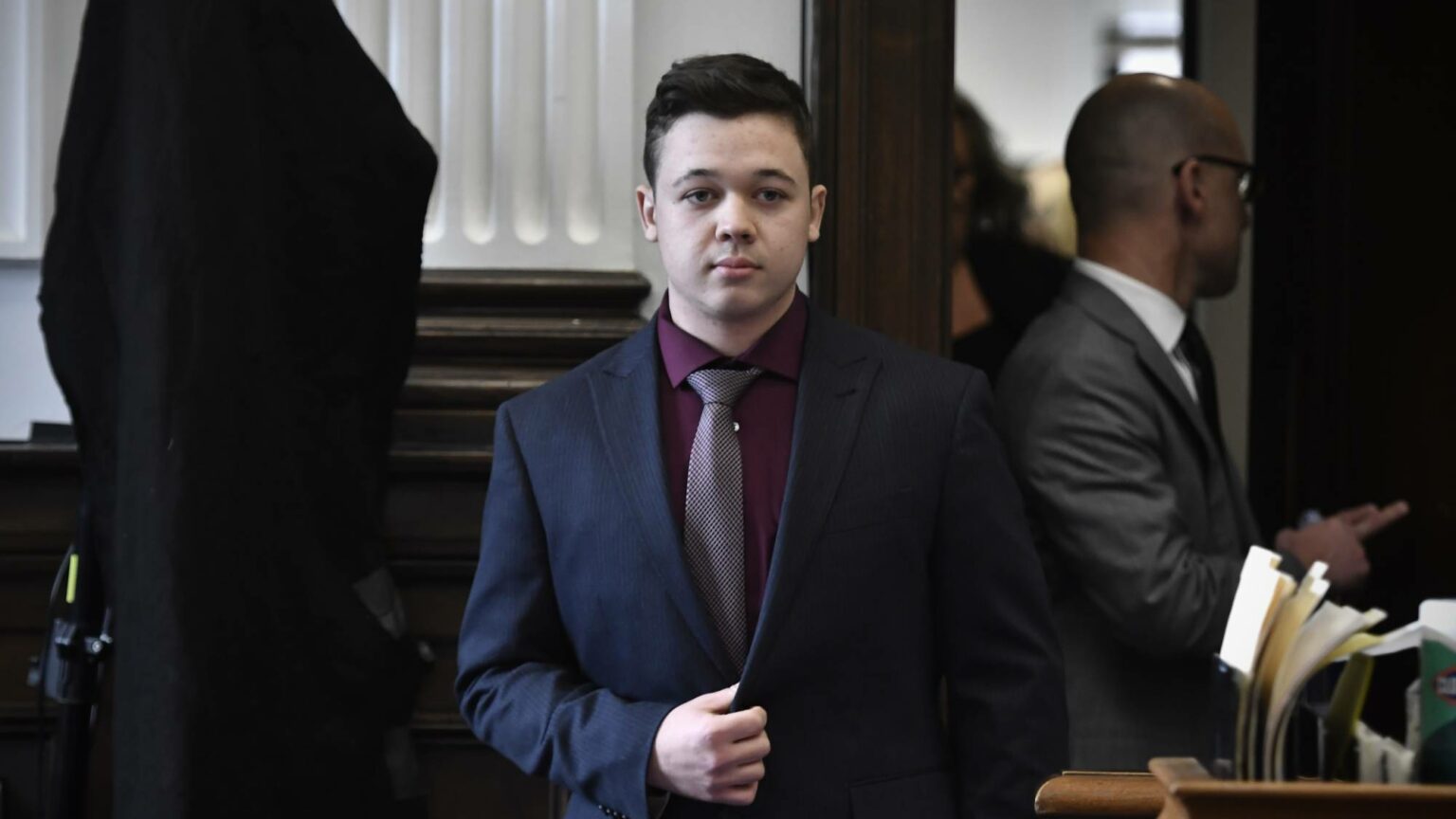 Before the trial of Kyle Rittenhouse, we heard that the baby-faced teenager was a racist vigilante. We were told he drove across state lines, from his home in Illinois to Kenosha, far away in Wisconsin, with an illegally acquired assault rifle. Apparently his sole intention was to cause trouble at a Black Lives Matter protest.

On 25 August 2020, Rittenhouse fatally shot two men, Joseph Rosenbaum and Anthony Huber, and severely wounded another, Gaige Grosskreutz. Last week, he was acquitted on all five charges associated with the shootings, on the grounds of self-defence. The trial not only established Rittenhouse’s innocence – it also overturned the media narrative completely.

Rittenhouse, we now know, had no connection to the far right or to any racist organisations. He was a Trump supporter and he supported Blue Lives Matter, a pro-police campaign.

His father, his grandma, his aunt and uncle and his cousins all live in Kenosha, contrary to claims that he had no connection to the city. He did not cross state lines with an assault weapon to go to the Black Lives Matter demonstration. Nor did his mother drive him there, as some claimed. Rittenhouse went to Kenosha the night before the shootings. And on the day of the shootings, he was helping to clean graffiti off the walls of a local high school.

Rittenhouse did not bring the gun from his home in Antioch, Illinois – about 20 miles away from Kenosha. In fact, a friend had bought Rittenhouse’s gun months before and kept it for him because Rittenhouse was too young to buy it at the time. Moreover, as the judge noted during the trial, the law was not clear that it was illegal for a minor to carry a long-barrelled gun.

So where, then, are the apologies from the media, the Democratic Party and the liberal elite who, to put it extremely politely, misrepresented the facts? They are nowhere to be found. In fact, US liberals are still convinced that a white, working-class Trump supporter defending himself with a gun must have been a racist vigilante.

The Rittenhouse case has laid waste to American liberalism. Those who regard themselves as liberals have betrayed every principle that they once held dear in an effort to condemn this 18-year-old. Any pretence of valuing truth, justice or the verdict of a jury, any semblance of objectivity or fairness to the little guy, all disappeared along with the smoke that choked Kenosha the night of the shootings.

Liberals seem not to realise that it is possible to be appalled by the police shooting of 12-year-old Tamir Rice, to protest the murder of George Floyd, and even to mourn the tragic deaths of the men shot by Rittenhouse, while at the same time recognising that Rittenhouse is innocent and had a right to defend himself.

The Democrats no longer seem to recognise this right. Joe Biden, who defamed Rittenhouse during the 2020 election by suggesting he was a ‘white supremacist’, said he was left ‘concerned and angry’ by the verdict.

Jerry Nadler, chair of the House Judiciary Committee, called for the Justice Department to conduct an official review into this ‘heartbreaking’ verdict. He also misrepresented the facts, by arguing that the federal government should prevent ‘armed persons crossing state lines looking for trouble while people engage in First Amendment-protected protest’. Nadler’s apparent concern for the Constitution clearly does not extend to the Fifth Amendment, which protects people from being tried for the same crime more than once.

That once-great edifice of American liberal thought, the American Civil Liberties Union (ACLU), was no better. Last year, the ACLU claimed that ‘defunding the police will actually make us safer’. With no hint of irony, the director of the ACLU’s Criminal Law Reform Project said in the wake of the verdict that ‘Kyle Rittenhouse… was allowed by police to roam the streets of Kenosha with an assault rifle’ (my emphasis). The ACLU further complained about the police’s ‘outrageous failure to protect [Black Lives Matter] protesters’.

The attacks on the right to defend oneself have all been racialised. Self-defence has been equated with ‘white supremacy’. But historically, the right to self-defence has benefitted African-Americans considerably, too. It has not only allowed many African-Americans to walk free from murder charges – it has also given many more the confidence to defend themselves against attacks.

Take the trial of Dr Ossian Sweet from the 1920s. Sweet, a black man, moved into what had been a white neighbourhood in Detroit, Michigan in 1925. His home soon came under attack from a white mob. Unwilling to be forced out of his home, Sweet recruited his brothers and some friends, and bought firearms, to protect the house. When a mob showed up at Sweet’s house for a second time, shots rang out and two white people, who were standing opposite the house, were shot. It was unclear whether or not these two people were part of the mob. One died. Sweet and 10 others were arrested and charged with murder.

The common-law right of self-defence has long been enshrined in Anglo-American jurisprudence. As a book published about the Sweet case notes: ‘It was taken for granted in the America of the 1920s that a man had a right to defend himself and his home against violent attack.’ (1) What was at stake in the Sweet case was whether an African-American counted as a man. Sweet was eventually found not guilty by an all-white jury in 1926.

As Simon Wendt and Rebecca Rössling have noted, throughout the century that followed, juries – even all-white juries in the South – put the principle of self-defence ahead of race in trials involving African-Americans shooting white men. In the 1970s, Hayward Brown, a black 18-year-old, was involved in shoot-outs with the police, killing one and maiming others. The jurors, after hearing revelations about illegal police tactics, acquitted Brown of all charges on the grounds of self-defence. Cases of self-defence exonerating African-Americans abound.

Whatever happened to the sort of liberals portrayed in the movie 12 Angry Men, who concerned themselves with fairness and objectivity? What happened to the Atticus Finches, the Clarence Darrows or, for that matter, the Benjamin Franklins, who would rather have let 10 guilty men go free than imprison one innocent man? The Rittenhouse trial has exposed the fact that for many liberals in the Democratic Party, the media and elsewhere, their fear and loathing of working-class whites is enough to overcome any principle – including the right to self-defence.