How the climate lobby crushed debate

Anyone who dissents from stringent climate policies will be branded an enemy of The Science. 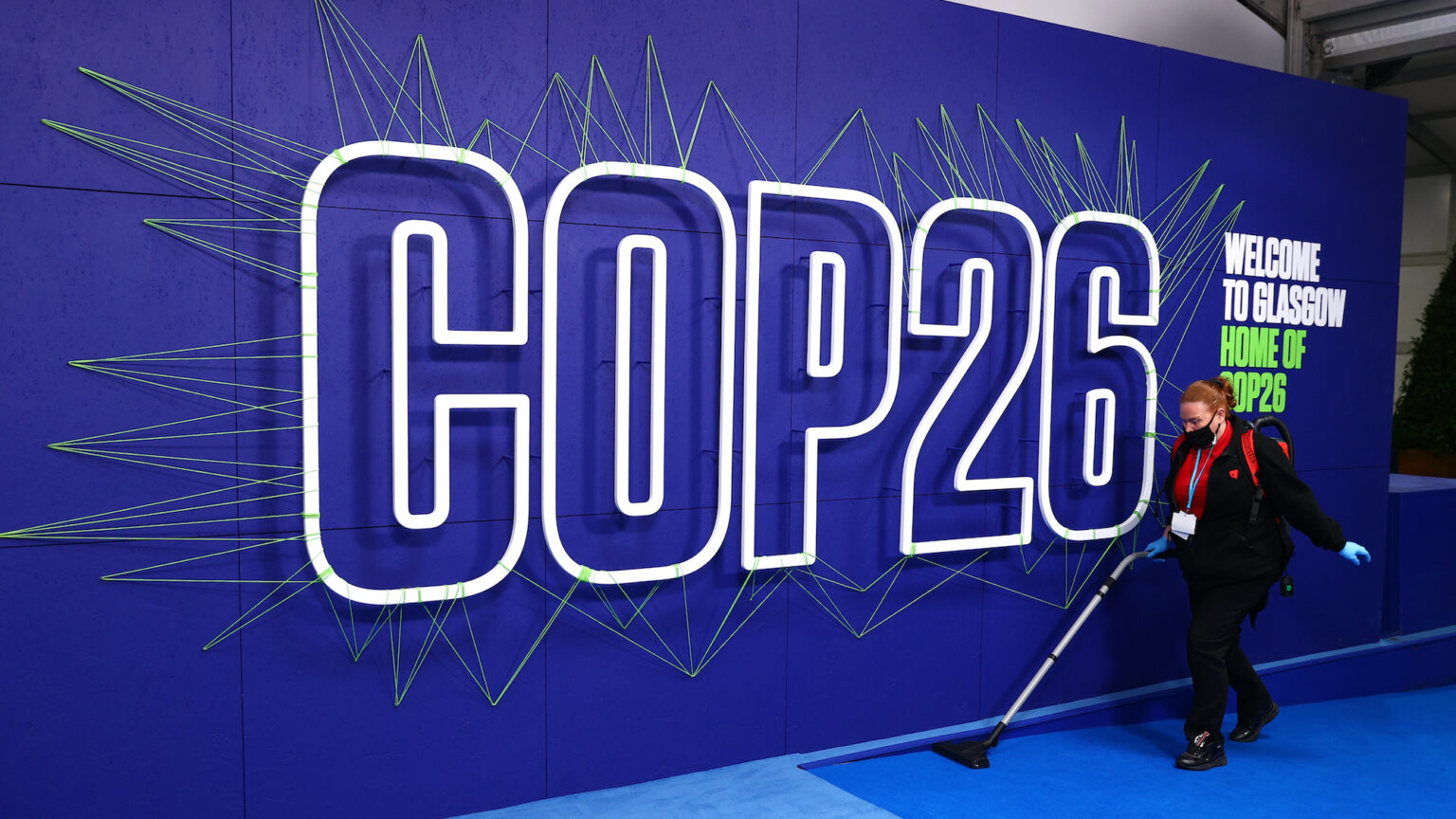 COP26 is an extravaganza of ideological conformity. From the 30,000 delegates and heads of state sequestered in the ‘blue zone’ to the NGOs, academics and green businesses exhibiting in the public ‘green zone’, the message is the same. There is nothing to debate anymore. The climate catastrophe is coming. Now is the time for action.

Similar sentiments abound outside COP26, where the protesters are gathered. There the likes of young eco-millenarian Greta Thunberg also claim that the end is nigh, that the time for debate is over. Or as the Swedish teenager herself put it during a protest on Sunday, there’s no need for any more of this ‘blah, blah, blah’.

This is essentially what all those in and around COP26 are saying. That, in effect, there is nothing to debate anymore. And so, over the next few days, Western-led policymakers, angrily cheered on by protesters, will try to decide our futures for the next few decades. They will regulate, restrict and limit. And they will be able to do so without dissent or debate.

How have we got here? How have we ended up at a point where debating climate change has become nigh-on impossible? The answer lies principally in the use and abuse of the authority of science. The standard justification for shutting down those challenging the alarmist climate-change narrative amounts, effectively, to saying ‘the science has spoken’.

This was clear in the run-up to COP26, when Mark Lynas, a long-time environmentalist campaigner and now a visiting fellow at Cornell University, published a widely reported-on study asserting that the scientific consensus that humans are altering the climate is now agreed upon by 99.9 per cent of scientists. That’s how certain The Science now is. Not just 97 to 98 per cent certain, as it used to be, but 99.9 per cent certain. ‘It is really case closed’, said Lynas. ‘There is nobody of significance in the scientific community who doubts human-caused climate change.’

‘Case closed.’ No ‘doubts’ and no appeal. These are revealing words. Climate change has long since ceased to be an issue to be addressed, or a set of challenges to be overcome. It is now the revealed truth, the God-like judgement around which we must organise the entirety of societal life. To question this truth is tantamount to apostasy. Hence Lynas calls for any remaining heretics to be censored, urging Facebook and Twitter ‘to look at their algorithms and policies’ to root out ‘climate misinformation’.

Indeed, those daring to question any aspect of the alarmist narrative are now routinely dismissed not as heretics, but as ‘deniers’ – a term which morally equates those who question, say, certain decarbonisation policies with anti-Semites who deny that the Holocaust happened.

Take the experience of statistician and sceptical environmentalist, Bjorn Lomborg. Earlier this year he was invited to give a public lecture at Duke University, only to be met by high-profile calls for it to be cancelled from Duke professors and assorted climate activists. Duke held its nerve, and the lecture went ahead, but not without Lomborg being denounced as a ‘professional climate denier’ – and all because he questions the economic wisdom of certain aspects of climate-change policymaking.

Or take the decision of the BBC in 2018 to ban, effectively, any debate over climate change. This decision followed activists’ outcry over its 2014 decision to allow Lord Lawson, a former chancellor of the exchequer and a critic of climate alarmism, to appear on Radio 4’s Today programme. The BBC said it had got its coverage of climate change ‘wrong too often’ and told staff: ‘You do not need a “denier” to balance the debate.’

Now even those who are concerned about climate change, but who ‘downplay’, as the Independent put it, ‘the need for immediate and radical cuts to greenhouse gas emissions’, are being accused of denialism. Apparently, ‘delay is the new denial’.

Indeed, influential climate scientist Michael Mann argues that anyone who inhibits the need for drastic action right this very moment, perhaps by talking hopefully of ‘adaptation’, ‘geoengineering’ or ‘carbon capture’, is just a climate denier in optimist’s clothing. ‘The greatest threat’, concludes one politician, ‘is now posed by those who purport to accept the scientific consensus, but refuse to respond at the pace science demands’.

This demented insistence that The Science has spoken, that it has even issued demands, and that all those not bowing down before it are ‘denying’ its truth, rests on a wilful misunderstanding of science and the role it ought to play in political debate.

All scientific claims should be subject to contestation, even those that many people happen to agree on. After all, there is sometimes a fine line between consensus and groupthink. The views of scientists and policymakers would surely be strengthened, not undermined, by rigorous public debate. But even if everyone takes as read that climate change is real and a problem, that is still not the end of the debate.

We need, in short, to be free to debate climate change. We need more ‘blah, blah, blah’.