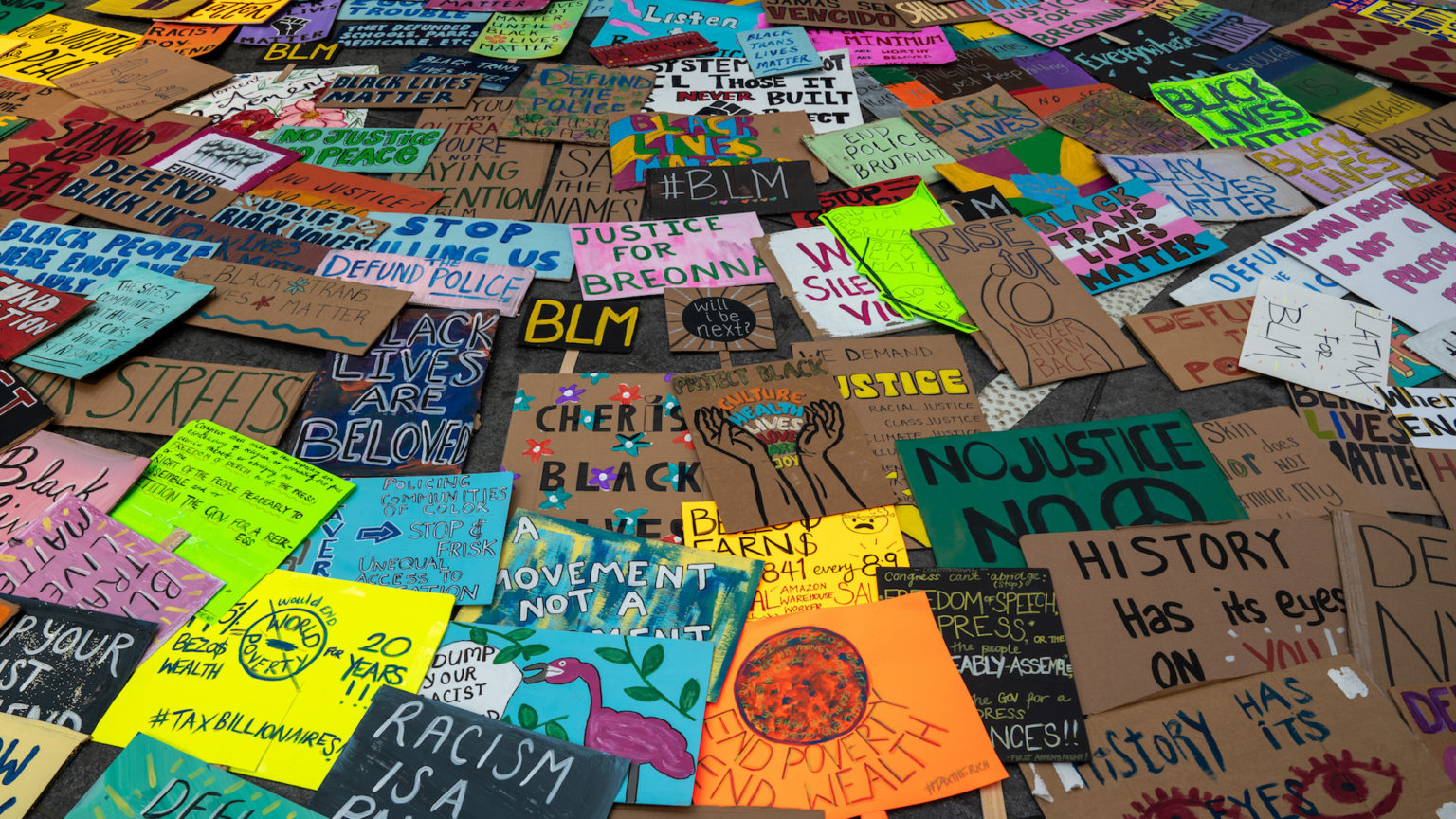 Over the past decade, the woke agenda has crested like a giant tsunami, covering virtually the entirety of academia, the media, the corporate world and even the military. The Gramscian concept of ‘the long march through the institutions’, embraced by 1960s radicals like Germany’s Rudi Dutschke, has achieved overwhelming success.

Yet there are signs that the woke progressive model may be losing its appeal, even among some liberals. The bulk of public opinion is not in progressives’ favour. In the US, activist progressives, notes a recent study, represent eight per cent of the electorate – barely half the size of moderates and barely a third of the size of conservatives. What they lack in numbers, however, they make up for with single-minded determination; progressive whites, notes the Atlantic, are the most intolerant of all Americans, led by those in the Boston area, while people in smaller towns and cities seem far more open.

The scalps of those targeted by the woke are strewn across the landscape. There’s the cancellations of ideologically unacceptable speakers, the delisting of books and the increasingly selective media coverage, evident particularly in the 2020 election and its aftermath. Yet the very vehemence of progressives, their lack of humour or grace, may prove to be their undoing.

Among Republicans, wokeness drives them further away from the mainstream media, as many of them now regard certain outlets as little more than vehicles for proselytising progressivism. But it’s not just the nutjobs of the far right. A recent Rasmussen survey found that 58 per cent of likely voters ‘at least somewhat agree that the media are the enemy of the people, including 34 per cent who strongly agree’.

‘Cancel culture’ is no more popular than the rest of the woke agenda. More millennials oppose than support cancel culture, notes a recent Morning Consult poll. The older generations are much more firmly against it. But most heartening is that those in the younger generation, the so-called Zs, are the most hostile to cancel culture, with 55 per cent disapproving of it and only eight per cent supporting it.

Simply put, what progressives are offering the populace does not much like, particularly on social issues. There’s been a record-breaking surge of violent crime, but some progressive politicians and media enablers have refused to combat disorder. Some have even embraced riots, particularly the looting, and backed defunding or even abolishing the police. This has not worked out well for the progressives. In the New York City mayoral elections, a black ex-cop won the Democratic nomination against candidates sympathetic to the ‘defund the police’ approach. Even left-leaning constituencies are horrified by crime, disorder and massive homelessness, as demonstrated when Austin voted overwhelmingly to end camping on the street.

Perhaps most important of all, the far-left agenda pushed by Bernie Sanders and the progressives in Congress – who are essentially setting up a new green, politically correct system financed by taxpayers – is failing with the public, particularly independents. Public support for big government has decreased, notes Gallup, and is now the minority position. In Ohio, a Bernie Sanders-style candidate for Congress was soundly defeated. The Biden administration continues to struggle with low poll ratings as it continues to identify with the progressives.

Race has been a particular problem for Biden. The administration has embraced the racialist agenda of the progressives built around critical race theory. Remarkably, parents opposing CRT in schools have been singled out as potential ‘terrorist threats’ that should be monitored by the FBI. Yet this parents movement seems to be gaining strength – including in upper-middle-class suburbs in places like Loudoun County, Virginia, the Philadelphia ‘ring’ counties and north Dallas, where the Democrats had made gains previously but now stand to lose ground. In 2021, the number of school-board recalls has more than doubled from previous years, according to Ballotpedia, and there are numerous legal challenges to CRT across the country.

But when it comes to Biden’s political malpractice, nothing compares to the mounting disaster at the border. Most Americans favour legal immigration, but support for ‘open borders’, amid the biggest surge in illegal crossings in 20 years, is not deep. This massive movement of migrants started in earnest after Biden’s election and is deeply unpopular across the country. Latinos, including some border-state Democrats, are themselves deeply concerned about the mass incursions. Some of them are now shifting to the GOP.

But it’s not just among newcomers or minorities that the woke are losing their grip. Many long-time liberals have been shocked by the abandonment of concepts of free speech and open inquiry by many Democrats, including by some in the Biden administration. Trump may perform like a dime-store Mussolini, but it’s increasingly clear that the push towards censorship comes largely from the left, which has captured most of the media. Liberal journalists like Matt Taibbi, Bari Weiss and Glenn Greenwald have uncovered the odd ties between Democratic operatives, including in the media, and organisations like the CIA and FBI, once widely suspected as right-wing enforcers.

This is less a shift to the right, as occurred with neoconservatives under Reagan and Thatcher, and more an internal rebellion. As long as Republican politicians remain loyal to Trump, while adopting extreme views on social issues like abortion and flirting with white-nationalist themes, there’s little chance liberals will embrace the GOP. But liberals increasingly can’t share the stage with progressives, either. The 2020 Harper’s letter against cancel culture, signed by many left-of-centre writers and academics and published in a left-of-centre magazine, was no endorsement of conservatism. It was blowback against ‘illiberalism’ and a ‘stifling atmosphere’ which its signatories say has ‘intensified a new set of moral attitudes and political commitments that tend to weaken our norms of open debate and toleration of differences in favour of ideological conformity’.

The best way for Biden and the Democrats to revive themselves, as Bill Clinton political guru James Carville notes, would be to detach the party from gender, race and other lunacies of the ‘faculty lounge’. In contrast, an approach that seeks reform within the framework of the constitutional order and favours middle- and working-class upward mobility would work well – particularly with working-class whites and Latinos as well as the suburban moderates who hold the balance of power in American politics.

Perhaps the most impregnable part of the woke empire may be the formerly right-leaning corporate sector. The shift to progressive politics has snaked there through the human-resources departments, and led many executives to sing the praises of, and give money to, groups like Black Lives Matter, whose agenda, among other things, includes demolishing capitalism.

Some firms are already acting to enforce wokeness, denying credit and payment services to unacceptably rightist candidates or movements. Google, for example, now routinely demonetises political movements that offend progressive sentiments, although this standard does not always apply to the vitriol of Iran’s mullahs or the Nation of Islam. Woke tech firms like Amazon, Facebook and Google seem particularly vulnerable. As Bay Area council president Jim Wunderman suggests, they are ‘scared of their own employees’, and are adopting positions simply to keep militants in their ranks quiet.

Some companies, like Coca-Cola, may be beginning to rethink swallowing whole the progressive agenda, which has led to a backlash among consumers and local politicians. Coke and Wall Street firms like BlackRock may be big backers of the craze for so-called ethical investing, but they are also deeply committed to making money, including by doing business in autocratic China. Microsoft and a host of other firms are helping to build China’s surveillance state, while others, like Kodak, take down pictures of what’s going on in Xinjiang to please the Mandarins. Companies like Apple emit airs of progressivism, but they are opposing efforts to denounce Uyghur concentration camps or repression in Hong Kong and would likely sit idly by during an invasion of Taiwan.

Hypocrisy on a grand scale is nothing new, but the brazenness of all this could begin to wear down the corporate woke tide. This is not to suggest that the dour radical fringe will leave us alone in the near future, given their outsized cultural, political and societal influence. But at least their assertions are no longer being left unchallenged, even among liberals. If we are lucky, their joyless reign may not ever quite be consummated, to the vast relief of most of us.