Insulate Britain is in bed with the establishment

It’s no surprise that one of its activists is married to a TfL boss. 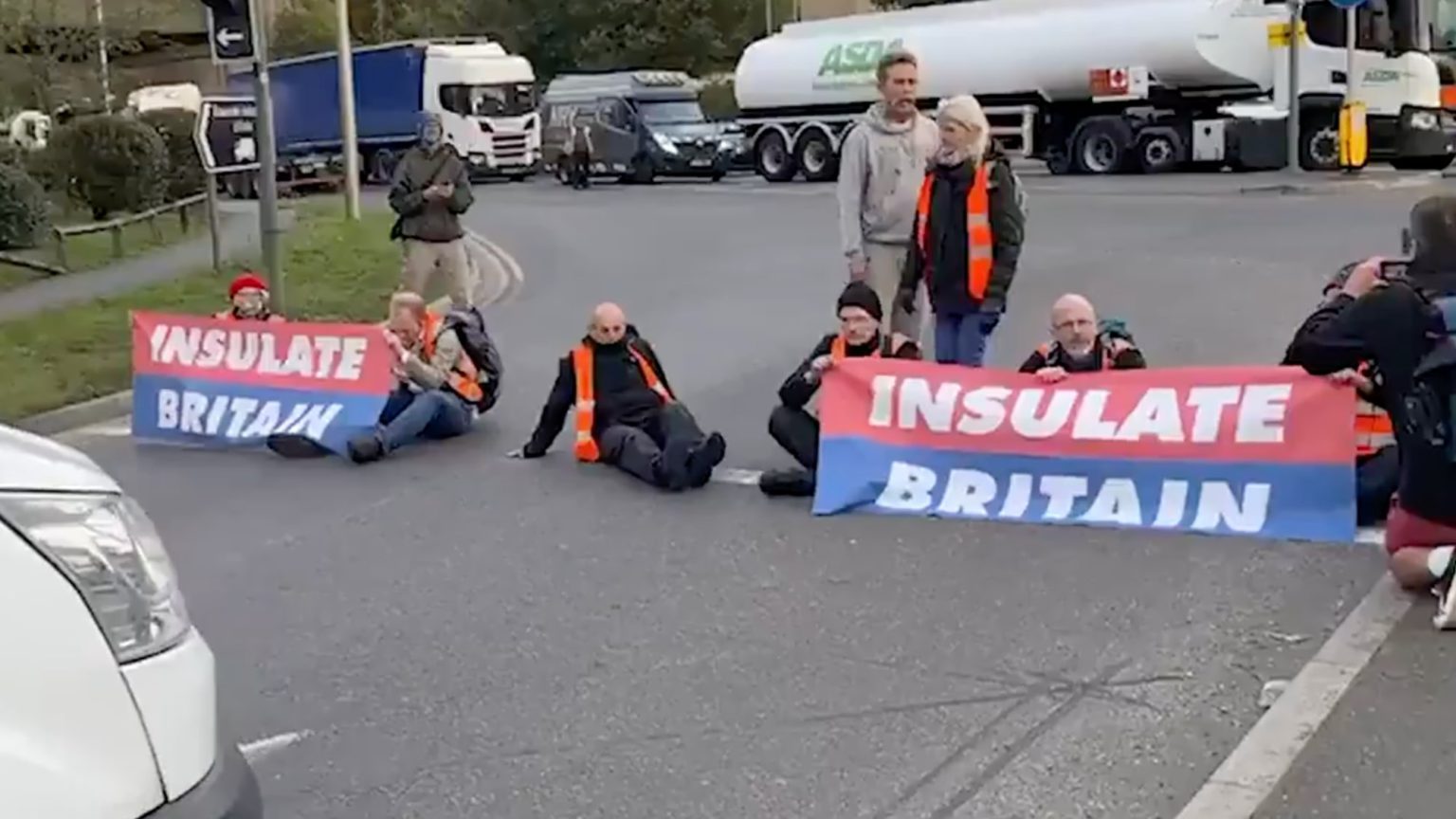 The tabloids have had a field day with the revelation that an Insulate Britain activist is married to a director of Transport for London (TfL). Cathy Eastburn of Insulate Britain has been busy trying to bring transport to a standstill. She has been arrested four times for acts such as blocking roads and gluing her hands to a train. Meanwhile, her husband, Benedict Plowden, is in charge of ‘getting London moving after the pandemic’.

The press is finally starting to realise that Britain’s green road-blockers are drawn from the upper echelons of society. The rag-tag crusties of Extinction Rebellion and Insulate Britain might present themselves as the political establishment’s opponents, but they have always been its bedfellows. Literally, in this case.

Not every green activist is married to a public-sector executive on £170,000 per year. But most do come from households that bring home many times the average family income. They come from a class of people for whom it is relatively easy to take activist sabbaticals. They can afford to pause their vegan yogurt-weaving workshops and take to the streets whenever it takes their fancy.

The class make-up of the green movement helps to explain why the police and courts have so much difficulty bringing an end to the disruption these activists cause. Were these protests populated by the lower orders, they would be cleared from the roads without hesitation. Those engaged in the protests would be charged, sentenced and put behind bars in short order. But the police and the courts are reluctant to use their powers against retired doctors, vicars and the grandchild of a baronet.

Green protesting has become a hobby of the leisured classes, drawing ‘nice’ people to it who present well in court. Their legal teams have the resources of billionaire-backed NGOs. Celebrity scientists fly across the Atlantic to give evidence in their defence. MPs and journalists intervene, declaring it a travesty that such well-meaning people are being tried as criminals. Of course there is no equivalent sympathy for the ordinary people whose lives are being disrupted and who are prevented from working.

Before joining TfL on a hefty salary, Plowden was director of the anti-car Pedestrians Association, which was later renamed Living Streets. It styles itself as ‘the UK charity for everyday walking’.

In fact, plenty of one-time anti-road anarchists from the 1990s have somehow made it as well-paid suits in the 2020s. Green activists have been turned from Swampies into civil-service bosses, instituting elite green ideology within our institutions. Plowden and Eastburn’s marriage, then, is not quite so bizarre as it seems.

TfL may not quite be signed up to every Extinction Rebellion pledge. But despite being in charge of keeping London moving, it is forever designing new policies to prevent Londoners from driving anywhere. Green ideology comes ahead of the transport needs of Londoners.

There is little difference between the street-level green activist and the establishment environmentalist – and not just because they sometimes snuggle up together at night. We might expect important public officials to serve the public’s needs and wants but, like the green activists on the streets, they are more interested in constraining us.