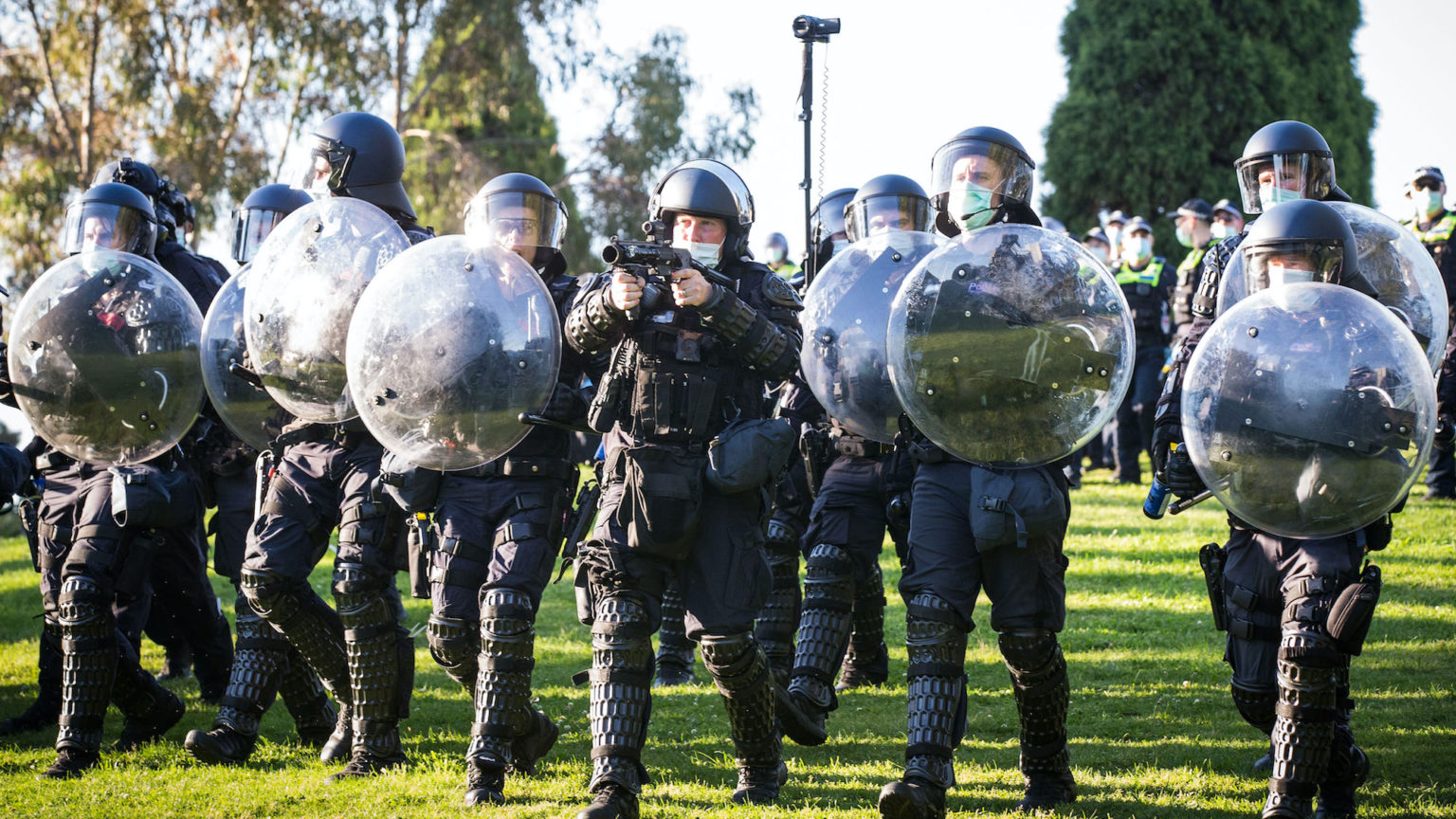 Back in the summer, as the rest of the world was opening up, state after state in Australia started to impose new restrictions to deal with a handful of Covid cases. It turned us into a global laughing stock. No one is laughing now.

Time was when, even in Melbourne, we could chuckle at the absurdity of our Covid rules. We were told we could remove our face masks – still mandatory indoors and outdoors – in order to drink a coffee, but not to drink a beer. We were also told that if we lived with five other adults, we were not allowed to all leave the house in one group. Indoors, we were no risk to each other, but outside we were apparently a viral petri dish.

Laughter has since turned into anger. After over 230 days of hard lockdown, whatever was left of Melbourne’s social fabric has gone. And the city has been rocked by weeks of protests and violence.

On 17 September, the Victorian government announced that it would be mandating vaccinations for the construction industry. It gave construction workers six days to get their first jab or be banned from working. Unsurprisingly, not all construction workers were pleased about this. They took their anger out on their union the following Monday by protesting outside its offices. The union bizarrely claimed that the protest was made up of far-right and neo-Nazi agitators. Just as bizarrely, the Victorian government then decided to close the entire construction industry for two weeks. Even the vaccinated were banned from working. The protesters were back in bigger numbers the next day, drawing in people from many other walks of life.

The police took a very hard line. Videos of police brutality have swept the world. An old lady was pushed to the ground and was pepper sprayed in the face. A man peacefully talking to police officers at a train station was tackled from behind by another officer, his head smashing into the hard ground. Police have fired rubber bullets at protesters, too.

The violence hasn’t only come from the police, though. Another video circulating online shows just a single line of police officers standing shoulder to shoulder, attempting to stop an unruly crowd of hundreds. The crowd broke through. Numerous officers were hospitalised following the chaos that day.

This is the price of our ‘victory’ against Covid. Yes, our Covid deaths are low – far lower than the rest of the world. But how much longer can we live like this?

Well, Melbournians have been ordered to live like this until 26 October at the earliest. That’s when Melbourne’s sixth lockdown is scheduled to end – though you would be lucky to find a single person who thinks it will actually end on that day. By then, Melbourne will have been locked down for longer than any other city on the planet.

We got to this point because our leaders have been chasing the goal of Zero Covid. The successes of 2020 went to their heads and they believed they could do what no other country has done: eliminate the virus. This mindset was what drove Melbourne into lockdown on 5 August after recording just eight cases. It has been in lockdown ever since.

There are some signs of hope, however. Victoria’s state premier, Daniel Andrews, has acknowledged that the Delta variant is too virulent to be eliminated. He now says that Victorians will have to learn to live with Covid.

Andrews’ words are promising, but his actions do not match them. Melbourne is not learning to live with the virus – it is learning to live with authoritarianism. Living with the virus means being allowed to gather in groups, to be with other humans, to enjoy all that life has to offer: music, art, film, sport, going out at night. All of these activities are still either heavily restricted or outright banned. On what planet is complying with a 9pm curfew ‘living with Covid’?

Those who support the restrictions always say that we have not given out enough vaccines to be able to live with Covid yet. But Victoria likely won’t meet its vaccination targets until some time in November. Only then will people be able to go to each other’s houses and take off their masks in public.

While the dream of Zero Covid is dead on paper, we are still trying to contain Covid at all costs. People who have already been pushed beyond the brink are still suffering under draconian restrictions on every aspect of life.

As Australians see their fellow countrymen being pepper sprayed, surrounded by shuttered businesses, they despair at the legacy that Zero Covid has left for their once-great nation.

James Bolt is a producer with Sky News Australia.