‘Universities are turning into ideology mills’

Peter Boghossian on why he resigned from Portland State University. 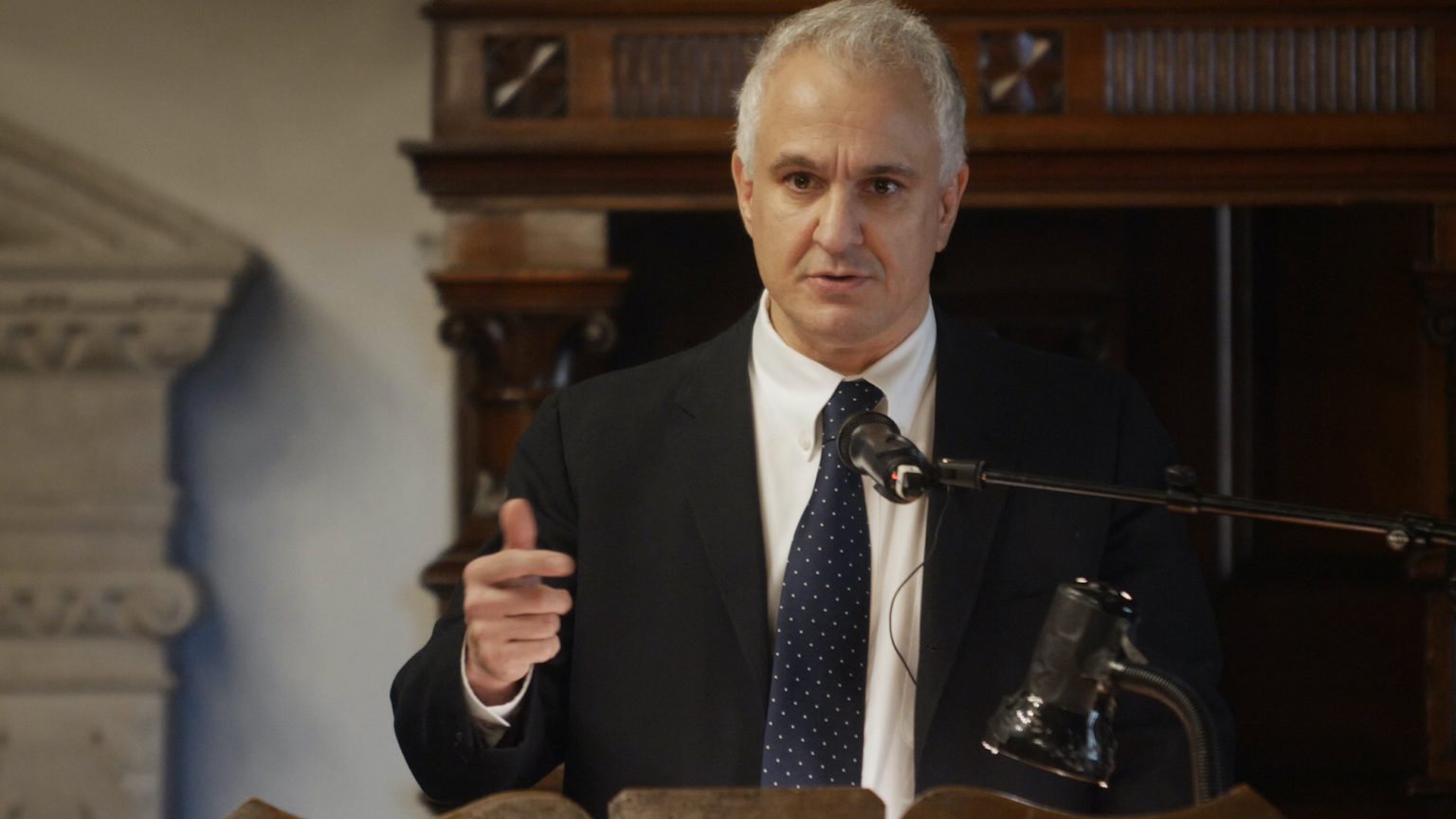 Peter Boghossian was assistant professor of philosophy at Portland State University until he felt forced to resign last week. His resignation letter went viral – it was a righteous blast against the growing intolerance on his campus.

Much of the trouble began in 2018, when Boghossian, with fellow academics James Lindsay and Helen Pluckrose, revealed they had successfully published scores of fake academic papers to highlight the degradation of scholarship in the woke era. This led to disciplinary measures from his superiors. And once he became known as a critic of wokeness, he was harassed by students, too. Eventually, after 10 years at Portland State, Boghossian had finally had enough.

spiked caught up with him to find out what he thinks is going wrong on campuses across the West.

spiked: Why did you resign from Portland State University?

Peter Boghossian: I resigned because the university prevented me from doing what it had hired me to do: to teach philosophy.

spiked: In your resignation letter, you spoke about being harassed by students. How did you become a target?

Boghossian: I started asking questions. Ideologues don’t like questions. I didn’t receive answers, or when I did they were flippant or dismissive. People looked at me as if I had some kind of moral problem, as opposed to just not having the right information. It was very bizarre. They thought that I had to be a bad person, because I was asking questions.

If you read the Platonic dialogues, Socrates doesn’t paint his critics as bad people. In fact, he says explicitly that people act the way they do because they don’t have perfect information. So it was very unusual to see people run out of my class screaming and freaking out.

I teach things like knowledge values, rationality, philosophy of education and atheism. There were even problems in my atheism class. We looked at Yasmine Mohammed’s book, Unveiled, which is about how liberals have failed Muslim reformers and women. We looked at some of Sarah Haider’s work on ex-Muslims. People were mortified by it. There were accusations of racism. But it’s less about specific instances – it was like a cultural soup that kept getting thicker and thicker over time.

I used to have guest lecturers come into my classes. For example, I had a conservative evangelical from a Christian university lecture the students and do an extensive Q&A. I noticed over time that the students, the faculty and the administration became less tolerant of diverse viewpoints, in spite of the incessant talk about diversity.

spiked: What is the ideology that fuels this kind of intolerance?

Boghossian: It depends on how academic you want to be. If you want to be more academic, in their book, Cynical Theories, Helen Pluckrose and James Lindsay call it ‘critical social justice’. It has been more broadly termed ‘wokeism’. Usually, it’s a suite of orthodoxies relating to things like race, gender and sexual orientation. It is based on identity markers. And it has a whole linguistic infrastructure to support it.

There is always the same pattern. What happened to me is being repeated for everybody. Everything seems to be fine. Then you start asking questions and people look at you as an outsider or as the other. Maybe you speak publicly about it and then the accusations and the investigations come.

There’s just something disconcerting about the threat of being hauled in because you don’t have the ‘right’ answers to questions. It’s like Tolkien’s Lidless Eye – it’s always watching you, it’s always there. It puts pressure on you to conform to the moral orthodoxy.

spiked: What impact did this have on you?

Boghossian: I don’t want to make out that I’m some kind of a victim. If I had stopped asking questions, if I had just bowed my head and put my pronouns in my bio, everything would have been fine. But I made a conscious, deliberate choice not to do that. I’m not saying I brought it on myself, but I don’t want people to read this and think that even I have bought the victim mentality.

spiked: How serious is the threat to liberal education?

Boghossian: It’s very grave. Look at Jason D Hill, a philosophy professor at DePaul University, who has been accused of transphobia. He’s a gay, black immigrant. If we lived in a sane civil society, those identity markers wouldn’t matter. But we don’t. The shit that he has got has been insane.

Free speech and open inquiry are under attack. But it’s not just that. Those things are proxies. The real issue is that people are being robbed of their cognitive liberty. People don’t seek the truth anymore. They view the university as an ideology mill. Their goal is to get people to adopt certain moral conclusions. That should terrify you, even if you agree with those conclusions. You can never really know if they are true unless there is some pushback against them.

We all need to be challenged. That’s what a university is for. What’s the point of going to university just to deepen the ideas that you already have? The whole thing should be a truth-seeking enterprise.

spiked: How can we tackle the threat to free thought on campus?

Boghossian: We really need to have an honest conversation about the kind of universities and institutions we want. We also have to be honest about the fact that there were egregious historical injustices against people based on immutable characteristics like skin colour and sexual orientation. But the solution to those problems is not to go to crazy town. It’s not to just make shit up wholesale. It’s not to try to brainwash people.

We know the solutions to the problems. They lie in the Enlightenment tradition and in liberalism. In free speech, freedom of inquiry, freedom of the press and due process. These ideas matter. They have a pedigree not only intellectually, but also socially and morally. They have been tested.

It’s very easy to rip shit up and tear shit down. But it’s more difficult to build things and to create institutions that matter, which safeguard the rights of the most vulnerable. Because of a radically heightened sense of identity, we are becoming more divided. We are teaching people to see each other on the basis of their immutable characteristics. I don’t know what good people think this is doing. It needs to stop right now. We have institutionalised policies that are not just harmful and hurtful but also don’t work. We know this stuff hurts people. And if we don’t knock it off, we are in for a reckoning.