Free speech is for jowly, unlettered grotesques, too. 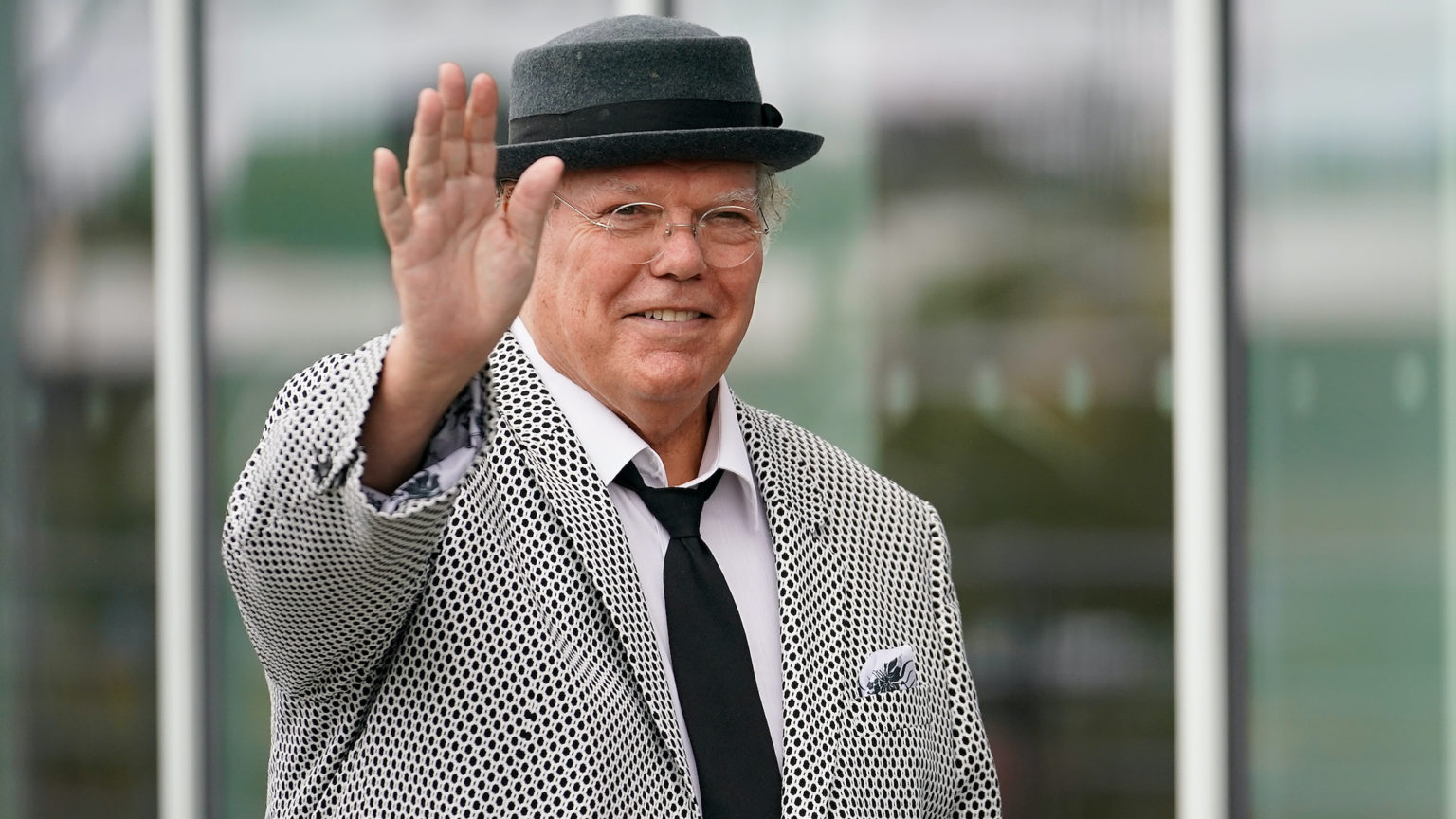 Even the fiercest defender of free speech – and I am a self-confessed absolutist on the issue, to the extent of positively reviewing notorious gender-critical transphobe and self-hating gay Andrew Doyle’s swivel-eyed screed on the subject; and further, amplifying the notorious John Stuart Mill’s views on the desirability of actively encouraging heretical views just for the sheer bracing hell of it – hesitates to rush to the defence of Roy Chubby Brown.

We would all wish for a nobler bronze to gather around, a less motley flag to fly. Perhaps a hero in the Slavic mode, a high-cheek-boned dissident, intelligent, watchful eyes a-glint under craggy brows in a weary, lined face, a shabby, elbow-patched corduroy jacket hanging from all but broken shoulders – one who had faced down the tanks and heard the midnight knock. Or, perhaps, an almost aristocratic beauty of Somalian ancestry, an apostate of a jealous faith, for whose favour any of us would willingly joust with dragons.

However, all we have, as Gandalf sorrowfully reminded his Halfling ring-mule, is to decide what to do with the time that is given us. And in Britain today, the chiselled Slavs and photogenic Somalis give every appearance of being able to look out for themselves. It is the jowly, unlettered grotesques, the proudly Fat Bastards like Chubby Brown, that need us to raise our standard, and defend his audience’s right to lower theirs.

Roy Chubby Brown. A man who wouldn’t know Havel’s greengrocer from an all-night convenience store, which he’d describe in language that would get him banned from the BBC before he got to the third syllable. A man who looks like a stuffed parrot made out of showroom bunting in some sort of rehabilitative craft therapy group. A man whom O’Brien could persuade that 2 + 2 = 5 on purely arithmetical grounds. This is the current test case of our determination to remain a free people. No use whining. You have to play the hand you are given.

In case you missed it, the latest outrage to be meted out to this strange, colourful yet bedraggled figure, is to be banned from performing his live show at Sheffield City Hall, because his comedy does not ‘reflect Sheffield’s inclusive values’ – a city that nevertheless seems to contain a constituency keen enough to come along and be appalled by Brown, so that market forces alone are not enough to preclude his getting booked.

I have never seen a Chubby live show – neither in the flesh nor on one of the DVDs that still change hands, with barely less furtive urgency than those that accompany the drug deals regularly caught on camera, in a Sheffield you might think has more urgent issues on its hands than assessing popular stand-up comedy shows for inclusivity.

I have seen a few clips. I did not find them funny. I’ve nothing against robust humour – I still find plenty of Bernard Manning funny, and no, it’s not just his ‘timing’, it’s his jokes. Many of which are now retooled and retold – against themselves – by comedians of the very ethnicities that used to come in for their share of his withering contempt. Good for them. But when it comes to Chubby, I just don’t find him very funny.

But – despite my having given this issue, I am willing to bet, considerably more thought over the past 30 years or so than Sheffield councillor Terry Fox before he damned Brown with a spot – that’s just me.

That really is all you can say about it. Few things arouse such strong emotions as the unaccountable success of a comedian we don’t like – people are far more infuriated by the success of Michael McIntyre than they are that of Ed Sheeran. But every attempt to explain why, to build some solid fundamental basis for these views, invariably lands like trifle on a gravel drive. Comedy is the very essence of subjectivity.

I’m writing this, as I often do when on tour, in a Wetherspoons, not in Sheffield but in Banbury, which I expect a lot of people who haven’t been here imagine is terribly middle class and twee. Well, it’s not, not in here at any rate. But despite being in my experience friendly, reliable and astonishingly good value, there are plenty of people who would happily see every Wetherspoons in the country swept into the sea for having an owner who noisily supported Brexit.

No doubt, deep in the danker corners of certain municipal minds, Wetherspoons also fails to reflect the inclusive values of their city. Although whenever I go into one, I see the sort of people who I rather think really have been gradually excluded from more and more of modern Britain. They don’t seem to care though, and at these prices, who can blame them?

Many of the people in here, I’d wager, would be more than capable of watching a full-length show of Stewart Lee on, say, the BBC without feeling the briefest of upward tugs on the corners of their mouths. They might sense that when he says that not everyone who voted for Brexit was a racist – that some of them were just cunts – that he is referring to them, or their mums and dads. But much of the rest of it would mean nothing to them at all. And for what it’s worth, I doubt my live work would fare much better with them, either. But would any of them seek to have Lee banned, for not ‘including’ them? Would they even petition the BBC not to spend their money on him? I don’t think so. I think they’d shrug it off, and have another pint.

Chubby though, I suspect, might give them a bit of a laugh – a laugh I can’t help feeling they deserve as much as the social-media editor at the Guardian does.

Even Big Brother knew that you leave the proles to their fun. I have no greater hope of their rising up, of insurrection, than O’Brien expressed, when disabusing Winston of that fantasy. But to borrow a phrase from the even greater fantasy, that of progress – we should do it, because it’s the right thing to do.