Australia is at breaking point

Covid panic has turned police into oppressors and neighbours into spies. 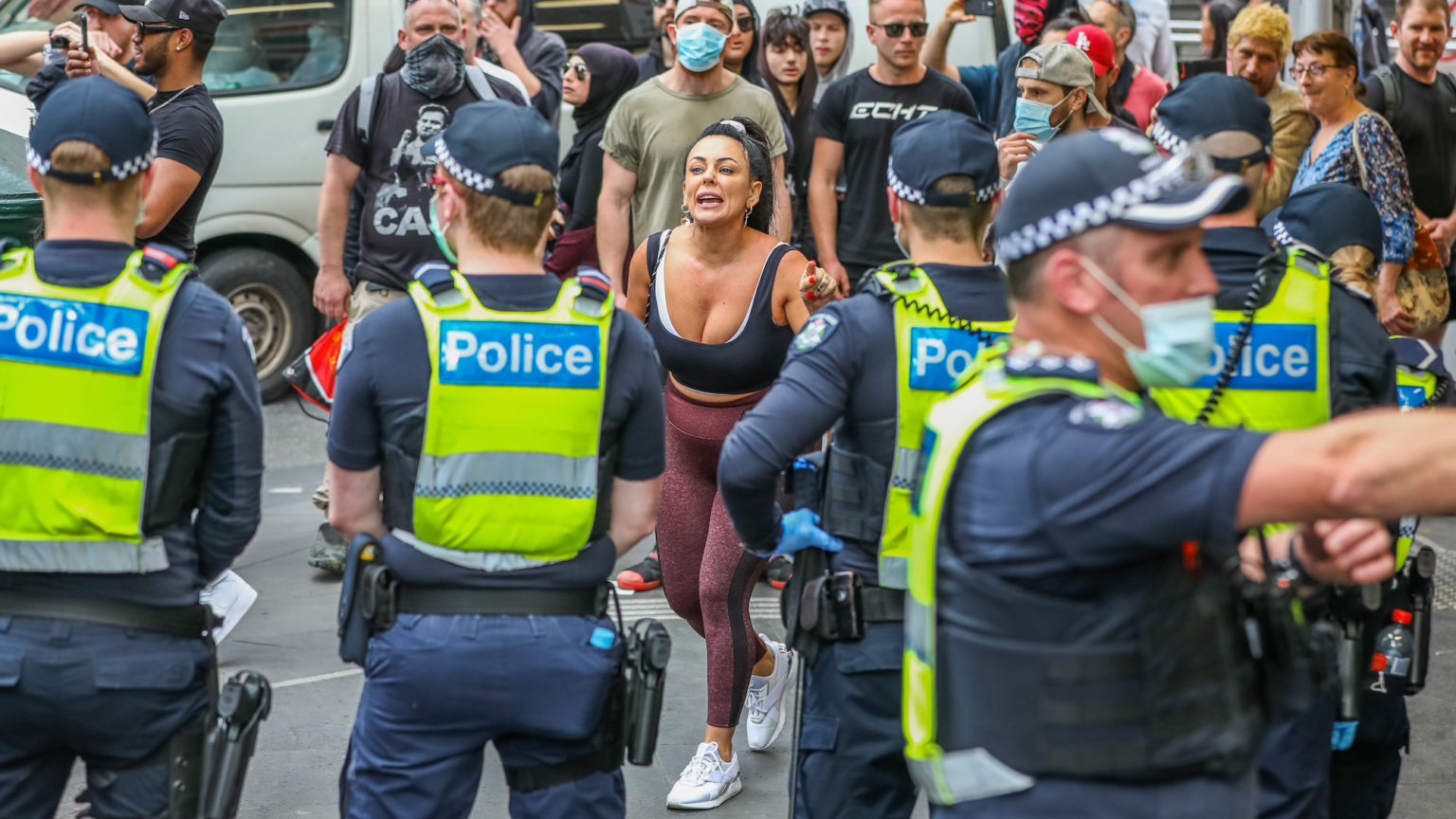 This is how Australia, once branded as a model for tackling Covid, is behaving 18 months into the pandemic. Covid panic has turned normal people into monsters and neighbours into spies.

The world is starting to take notice. International media outlets spent most of 2020 filming bustling Australian streets. We had beaten Covid, they said. Now, they film those exact same streets again, but they are either deserted or filled with protesters battling police.

It really is as bad as it looks on the news. Two stories stand out from the past week. Bourke Shire Council, a rural council in New South Wales, decided last week that it would protect its community by shooting dead 15 impounded dogs. This was to prevent them being picked up by volunteers from a rescue centre in the town of Cobar. The council was so spooked by the Covid situation in New South Wales that it felt it could not risk anyone from Cobar coming across the state to collect the dogs. So the dogs were killed. There have been no new cases of Covid in Cobar in the past 28 days.

Over in Melbourne, the city’s sixth lockdown has brought people to breaking point. A video is circulating online of a child having his eyes wiped after allegedly being pepper sprayed by police. On Saturday, police fired rubber pellets at protesters. The violence was not all in one direction, though: six police officers were taken to hospital.

The police have gone to extreme lengths to enforce lockdown. Last week, a police bomb squad and helicopter were deployed to deal with teenagers partying on a Sydney beach at night.

Those of us who expressed concern about our disappearing freedoms were ignored last year – even while grandmothers were being chased off park benches because sitting there wasn’t ‘Covid-safe’. We were laughed at when we asked whether Australia was turning into a police state. No one is laughing now.

You don’t even need to be a police officer to be a part of the police state. Last week in Canberra, someone called the police to report two children for not wearing masks while they were jumping on a trampoline in their own back garden.

The madness isn’t even contained to places dealing with Covid outbreaks. Western Australia, which has just four active cases, is introducing restrictions on incomers from New South Wales this week. The rules are so severe that there is no exemption for those travelling on compassionate grounds. In other words, if a family member in Perth falls ill, no one in Sydney can travel to his or her aid.

This is no way to live. Surely no Australian sees what is happening in this country and thinks this is how a liberal democracy should operate. Our leaders want us to view our fellow countrymen as threats.

Sadly, changing course will require a Herculean effort. We have lived with a Zero Covid mentality for too long. If we are to become the nation we once were again, we will have to change our mindset completely.

The number of new daily cases is still seen as the most important number in Australia. People panic if the number is any higher than zero. And why wouldn’t they? Melbourne’s sixth lockdown was brought in after just a handful of cases were discovered. People know that the slightest uptick in cases could result in their lives being put on hold again.

Prime minister Scott Morrison has promised that lockdowns will end once Australia has vaccinated 70 to 80 per cent of the population. The UK has given a single vaccine dose to 71 per cent of the population and two doses to 63 per cent – yet it still recorded 31,675 new cases on 23 August. Will Australians stay calm and collected when cases go up here, too – in spite of vaccinations?

They will have to – otherwise, normal life will never return. Australians will have to accept cases as well as some hospitalisations and deaths. The alternative is life as it is now, with neighbour pitted against neighbour and state pitted against state, in a hermit nation that is closed off from the rest of the world.

Australia will likely hit an 80 per cent vaccination level some time in November. We will then have to choose what kind of country we want to be. In that decision, everything is at stake.

James Bolt is a Research Fellow with the Institute of Public Affairs.