The mission was not accomplished

The war in Afghanistan completely failed to keep al-Qaeda and Islamist militancy in check. 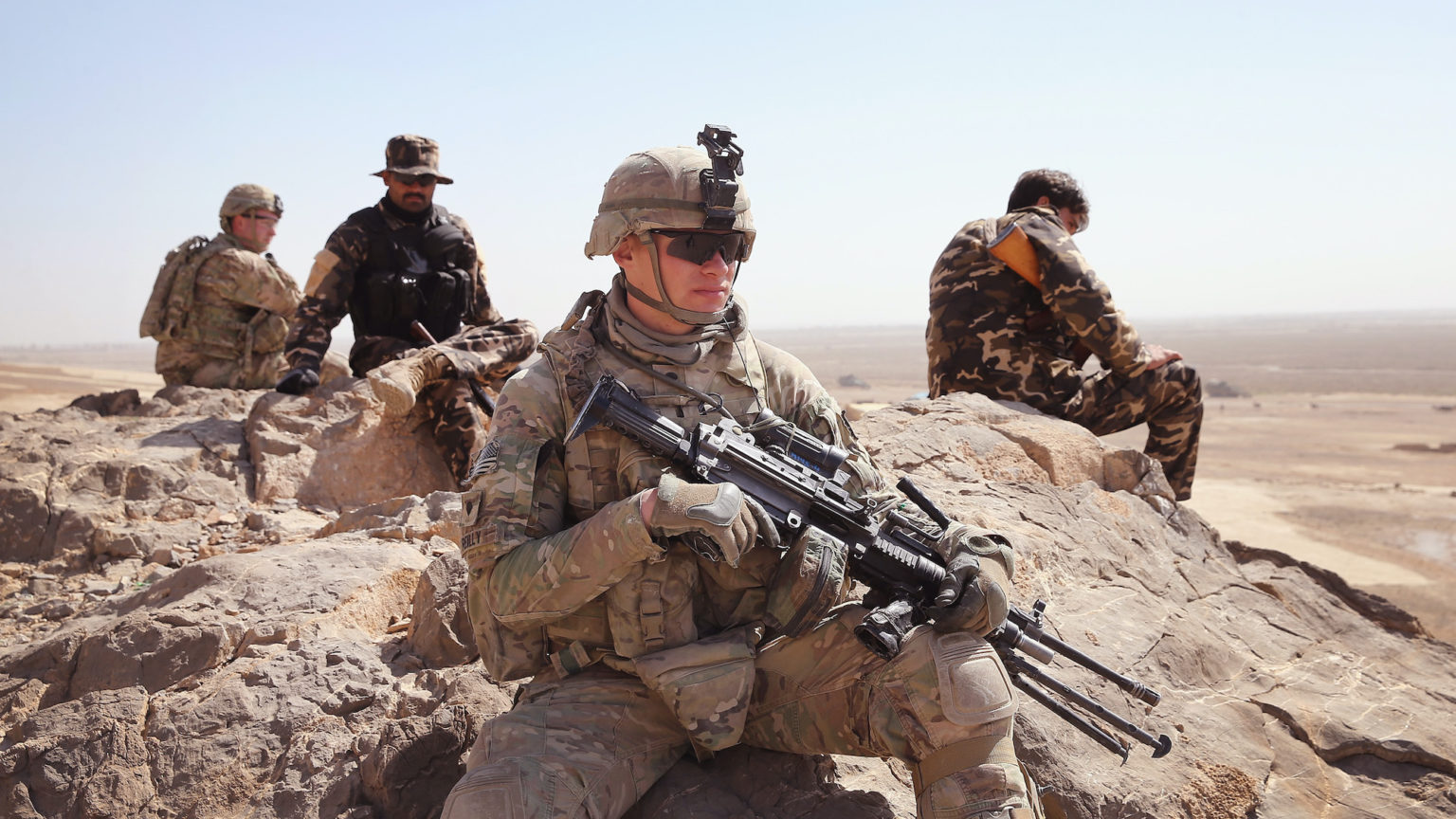 ‘On my orders the United States military has begun strikes against al-Qaeda terrorist training camps and military installations of the Taliban regime in Afghanistan.’ With these words to a nation still reeling from the attack on the Twin Towers, President George W Bush launched, on 7 October 2001, what was to become the war in Afghanistan.

‘These carefully targeted actions’, he continued, ‘are designed to disrupt the use of Afghanistan as a terrorist base of operations, and to attack the military capability of the Taliban regime’. He concluded by addressing the military specifically: ‘Your mission is defined [and] your objectives are clear.’

The ‘clarity’ and ‘definition’ of the US’s mission may have been lost as the reasons for the war morphed and proliferated over the past two decades. But there’s no doubt this was the original mission. This was the original twofold objective of the US-led attack on Afghanistan – to wipe out al-Qaeda and to stymie the use of Afghanistan by terrorists. And now, after 20 years of subjecting Afghanistan to failed ‘nation-building’, wars on drugs and campaigns for women’s rights, it is the supposed accomplishment of this original counter-terrorist mission that is serving as a justification for Western forces’ calamitous withdrawal.

But has this mission really been accomplished?

US secretary of state Antony Blinken certainly thinks so. In April he told ABC’s This Week: ‘We went to take on those who had attacked us on 9/11, and to make sure that Afghanistan would not again become a haven for terrorism directed at the United States or any of our allies and partners. And we achieved the objectives that we set out to achieve.’ Likewise, British prime minister Boris Johnson told parliament this week that, yes, the ‘core mission’ had been accomplished: Afghanistan had been largely cleared of al-Qaeda terrorists.

Perhaps the leaders of America and Britain really do believe that the original ‘core’ objectives have been met. Or perhaps, as is more likely, they’re just scrabbling around for something to cling on to amid the wreckage of a catastrophic defeat. Either way, they’re lying to themselves. And they’re lying to us. Al-Qaeda is still operating in Afghanistan. And there is every reason to think that the Taliban’s Islamic emirate will serve as a beacon and a haven for Islamist militancy in Central Asia and beyond.

It is true, of course, that the West’s war in Afghanistan, conceived as part of the broader, interminable ‘war on terror’, did deal significant blows to al-Qaeda. Between 1996 and 2001, al-Qaeda was a potent terrorist threat. During that time its leader, Osama bin Laden – the Saudi rich boy and one-time Mujahideen fellow traveller – paid the Taliban a reported $20million a year in return for a de facto operations base in Afghanistan. From there al-Qaeda directed several high-profile attacks on Western interests – including the 1998 US embassy attacks in Tanzania and Kenya – which culminated, of course, in 9/11.

But after the US-led invasion, al-Qaeda’s global influence rapidly declined. Its infrastructure was severely damaged in Afghanistan, bin Laden himself was killed in Pakistan in 2011, and his sons (and heirs) were killed at various points during the 2010s. Since 2001, there have been no al-Qaeda attacks on Western targets planned from within Afghanistan – the London bombings in 2005, carried out by homegrown militants, were directed by al-Qaeda operatives in Pakistan.

This doesn’t mean the terror threat has been reduced by waging war on it, though. Far from it. The Islamic State – which itself emerged from the remnants of an al-Qaeda franchise in the hellscape of post-invasion Iraq during the mid- to late 2000s – simply replaced al-Qaeda as the fount of global Islamist militancy, giving it an even more nihilistic twist.

More specifically, it is clear that al-Qaeda persists, including in Afghanistan. And the governments of America and Britain know this because it was written in black and white in a UN report, published in June last year.

Based on intelligence obtained from UN members, NGOs and assorted think tanks, the report claimed that al-Qaeda had between 400 and 600 operatives active in 12 of Afghanistan’s 34 provinces. It also claimed that al-Qaeda was still working closely with the Taliban, even as the Taliban was negotiating its ersatz peace with US officials in 2019 and 2020 – a ‘peace’ that was to formalise the conditions of Western forces’ withdrawal.

As the report had it, al-Qaeda and the Taliban held countless meetings in late 2019 and early last year, discussing ‘operational planning, training and the provision by the Taliban of safe havens for al-Qaeda members inside Afghanistan’. The report’s conclusion is damning:

‘Relations between the Taliban, especially the Haqqani Network [an Afghan militant group allied to the Taliban based in Pakistan], and al-Qaeda remain close, based on friendship, a history of shared struggle, ideological sympathy and intermarriage. Al-Qaeda has reacted positively to the [peace] agreement [with the US], with statements from its acolytes celebrating it as a victory for the Taliban’s cause and thus for global militancy.’

Does this really sound as if al-Qaeda is finished in Afghanistan? Does this really suggest the Taliban, as it now claims, will not allow terrorists to use Afghanistan to attack ‘the US and neighbouring countries’? Does any of this sound like mission accomplished?

Hardly. It suggests that the Taliban, bound to al-Qaeda historically, politically and even at the familial level, will harbour and potentially cultivate a transnational, Islamist militancy. Indeed, it is likely that al-Qaeda, under the low-profile leadership of Ayman al-Zawahiri, reported to be residing within Afghanistan, will now attempt to escalate its efforts through its assorted affiliates in Syria, Yemen, Somalia and across the increasingly unstable Sahel.

Nothing involving Afghanistan is predictable, of course – certainly not a sudden upsurge in Islamist militancy emanating from within its borders. Russia, China and Pakistan – the three nations now openly seeking to work with the Taliban – will be doing their utmost to ensure that doesn’t happen. After all, their very security is at stake.

But what is certain is that even within the narrow terms of President Bush’s original mission statement, the US and its allies have failed. Al-Qaeda is most definitely still there. And Afghanistan can still be used as a base for terrorist operations. The one objective we’re told this 20-year intervention has achieved, it clearly has not. If anything, the US and its allies have succeeded only in boosting Islamist militancy within and without Afghanistan. This is not an argument for Western forces to stay there, and continue to wage a forever ‘war on terror’. Rather, it shows us why we should never have been there in the first place.