Why Tucker’s trip to Hungary has sparked outrage

Western elites are terrified that their smear campaign against Hungary will unravel. 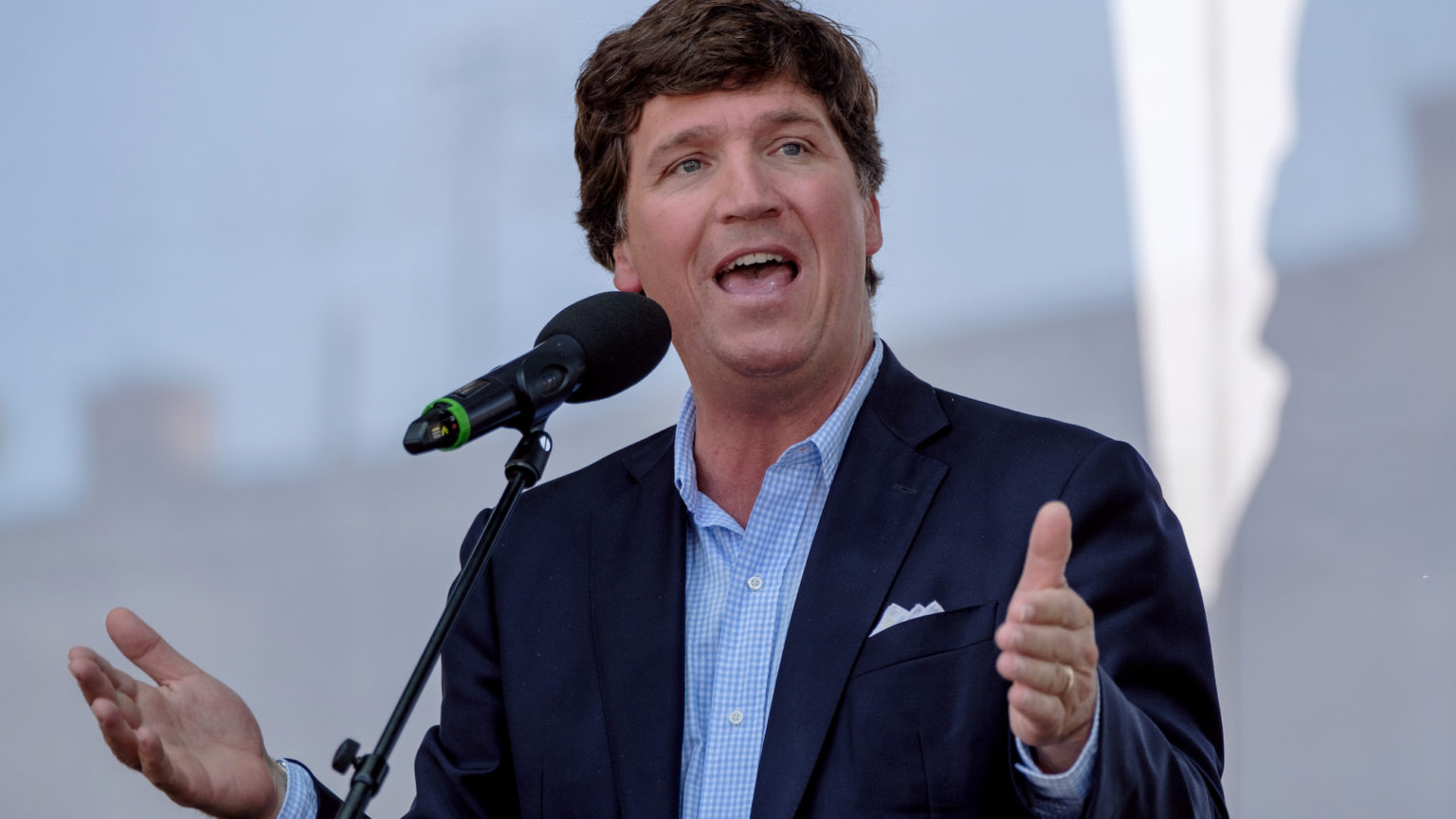 Why is the Western media so exercised about Fox News host Tucker Carlson’s trip to Hungary? Led by the New York Times and the Washington Post, the mainstream American media have been outraged that Carlson decided to broadcast from Hungary last week, interviewing Orbán and generally sounding a positive note about the country and its government. Even BBC News carried a commentary piece with the title, ‘Tucker Carlson: What the Fox News host is doing in Hungary’.

At first sight, this extensive coverage devoted to denouncing Carlson for his trip, and in turn the Hungarian government, appears positively bizarre. The title of an article published by Insider protests that ‘Tucker Carlson did PR for Hungary’s authoritarian leader, presenting the country as “freer” than the US’. Adopting a tone of outrage, the author of the article is at a loss to understand how anyone could have anything good to say about the government of Viktor Orbán.

Anne Applebaum, whose hatred for the Hungarian government has an unrestrained, visceral quality, echoes this sentiment in the Atlantic. In her column, ‘Tucker Carlson’s Self-Loathing International Tourism’, she asserts that Carlson and ‘other conservatives who dislike today’s America’ have ‘happily assumed roles in an autocrat’s public-relations campaign’.

From this perspective, anyone who questions mainstream American elite assumptions about Hungary is guilty of a crime against humanity. That Insider piece takes great exception to Carlson’s accusation that the US media have lied about the situation in Hungary. The author also condemns Carlson for calling into question the authority of Freedom House, one of the Western media’s favourite NGOs. Freedom House, which has described Hungary as less free than South Africa, has been endowed by the US State Department and the British Foreign Office with the authority to decide which countries are free and democratic and which are not.

Carlson’s critics took particular issue with his interview with Orbán, arguing that he gave the ‘Hungarian leader a platform to promote [his] worldview and bash his Western critics’. It is as if these people want to No Platform Hungary’s prime minister. They don’t seem to see the irony of denouncing Orbán for being ‘authoritarian’ while insisting that he be deprived of a platform to promote his ideas. Cancel culture has gone global.

The Western media’s over-the-top reaction to Carlson’s visit to Hungary is telling. They are clearly concerned that the propaganda war they have successfully fought to discredit the Hungarian government might be set back if ordinary Americans actually get to hear what Orbán has to say.

The globalist media have succeeded in establishing a cordon sanitaire around Hungary. In effect, this means there can be no two sides to the situation in Hungary. Consequently, the media’s version of events – which suggests that democracy is dead in Hungary, that its government is an authoritarian dictatorship, and that fascism is just around the corner – enjoys hegemonic status. This dishonest, politically motivated representation of Hungary is so powerful that if anyone dares challenge it they risk the accusation of serving the cause of right-wing authoritarianism or fascism. Even commentators at conservative Western publications have started to internalise this narrative.

For the first time in recent years, a representative of a major media organisation has bucked the trend. In effect, Carlson’s broadcasts from Hungary threaten to undermine the cordon sanitaire around the country that has been carefully constructed as a problem by globalist NGOs and media organisations.

Amid all the outrage this past week there was a palpable sense of terror that ordinary Americans might actually agree with some of Orbán’s views. As a piece in the New York Times put it, ‘For Mr Carlson, the Hungary trip was an opportunity to put Mr Orbán, whom he admires, on the map for his viewers back home, a conservative audience that may be open to the sort of illiberalism promoted by the Hungarian leader. On Wednesday’s show, Mr Carlson praised Hungary as a “small country with a lot of lessons for the rest of us”.’

The piece concluded with the warning: ‘In the United States, Fox News viewers are tuning in: this week’s broadcasts of Tucker Carlson Tonight attracted roughly three million viewers a night, handily beating the competition on CNN and MSNBC.’

‘What if these three million viewers like what they hear?’ — that’s the question haunting the author of this piece. This concern was also articulated by Zack Beauchamp in Vox, who wrote that what ‘makes Carlson’s pilgrimage to Budapest so worrying’ is that ‘the Fox host’s massive following gives him unusual power to set the terms of the conversation on the right’. It seems to horrify Beauchamp that people will be able to decide for themselves what to think about Hungary.

There is a lot at stake in the culture war being waged against Hungary. Hungary stands out as one of the few places that actively promotes and upholds the civilisational values of the West. In many respects, its values are antithetical to those of the Western cultural establishment. Yet the sentiments that prevail in Hungary are the very ones that resonate with the outlook of millions of people throughout the Western world. That is why Hungary has become the target of so much animosity from the globalist media.

The stakes are also high because Hungary will face a General Election next year. And it appears that the people of Hungary will not be the only group involved in deciding the outcome of this election. In the coming months we will see the leaders of the EU, Biden’s State Department and a vast network of NGOs constantly intervening in the internal affairs of Hungary. They will do their best to de-legitimise the current government and attempt to isolate it – all in order to put pressure on the Hungarian electorate to vote against the current regime.

When you listen closely to EU officials and NGO operatives lecturing Hungary about democracy, it becomes evident that they regard their target as a kind of colony. They rightly fear that if the Orbán government is re-elected, it will be another blow to their legitimacy.

The most effective way to undermine the neocolonial project against Hungary is to break through the cordon sanitaire around this nation.