South Africa has an ANC problem

Last week's widespread violent unrest is another symptom of corruption at the top. 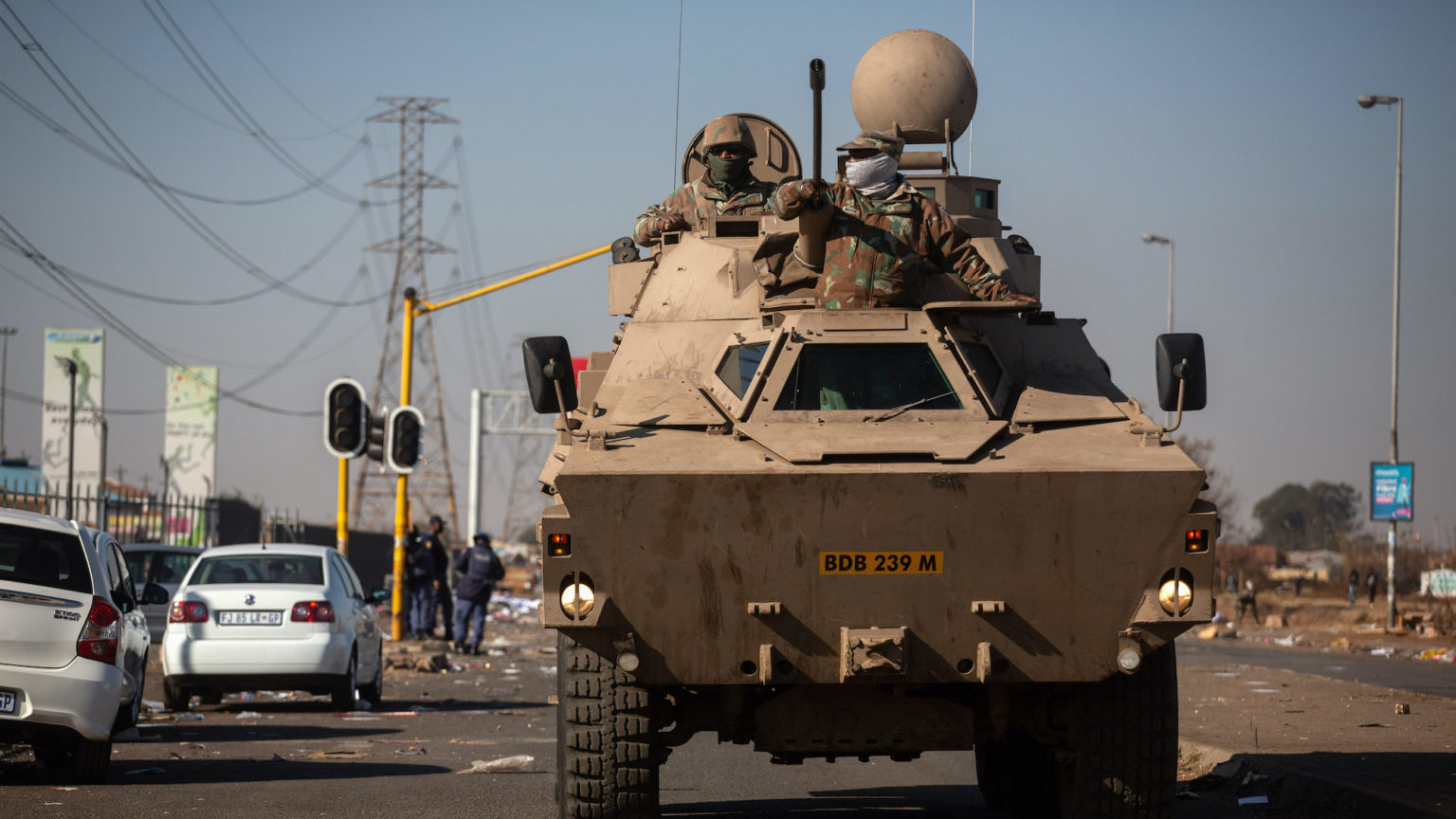 After the jailing of former president Jacob Zuma just over a week ago, South Africa has been gripped by violent unrest. So far, over 200 people have lost their lives, and many buildings and other parts of the nation’s infrastructure have been extensively damaged.

This mayhem is not a temporary aberration, however. The rapid disintegration and unravelling of Mandela’s Rainbow Nation has been years in the making.

Yet too many commenting on the tragedy are blind to its reality. They remain tethered to the political frameworks and language of the past. And they refuse to countenance the idea that the ANC is central to the problems now engulfing South Africa.

Some, like Labour peer and anti-Apartheid campaigner Peter Hain, see the poverty and anger of those now rioting as an enduring legacy of Apartheid – which ended nearly three decades ago. Others simply call for South African president Cyril Ramaphosa to take back control of the ANC and return it to its Mandela-inspired glory days.

The ANC today is no longer a political party. Any connection it once had to left-wing political ideology, let alone yesterday’s liberation struggle, died a long time ago. It is now an entity that serves only itself and the new black elite. And it does so at the expense of the people in whose name it cynically governs.

Long gone is its 1950s Freedom Charter pledge to return ‘the wealth of the people to the people as a whole’. The ANC now exists as a means of plunder, a way to redistribute the wealth of South Africa to a self-appointed and increasingly unaccountable ruling elite.

The Jacob Zuma corruption scandal is an expression of this dynamic. During his reign as president, the economy stagnated as he and others built up the ANC as a patronage and corruption machine.

Today, in many rural areas, like KwaZulu-Natal, the ANC is the main source of business and jobs. Access to state enterprises has been the reward for all ANC factions, particularly Zuma’s allies. Many of the beneficiaries possess no professional skills or expertise, but they have acquired widespread business interests.

Zuma was central to this. He established a vast network of patronage in rural areas – areas that have become critical to the ANC’s increasingly slender electoral victories.

This is why the ANC continued to rally behind Zuma throughout his tenure and managed to defeat every attempt by the opposition to have him impeached. And it is why even now the ANC has closed ranks behind Zuma.

The idea that President Ramaphosa can end the nepotism and graft at the heart of the ANC is at best wishful thinking. He is a product of the same corrupt dynamic, particularly the black-enrichment programme instigated after the end of Apartheid to advance black capitalists. Now one of the richest men in South Africa, Ramaphosa cannot easily expose the endemic corruption of the ANC. That would draw attention not only to the ANC’s degeneracy but also to the source of his own wealth.

The objective question facing Ramaphosa in the wake of the Zuma-inspired unrest unleashed this past week is whether he is the president of South Africa or the ANC.

The fact that Zuma and his followers launched a brazen attack on critical parts of South Africa’s infrastructure, and sparked an unprecedented looting spree, was a warning shot. They were saying, ‘Act as the president of South Africa, try to dismantle the rotten patronage machine through anti-corruption lawsuits, and this is what you will get’.

Yet, something has to be done.

For a time over the past few days, the state lost its monopoly over violence. The absence of coordination between the South African National Defence Force, the Police Service and State Security Agency was marked. Ministers were flustered and rudderless. The lack of preparedness shows how these institutions have been hollowed out through corruption, factional politicisation and a lack of resources. The ANC has transformed the state into a non-functioning bureaucracy.

This is why, in the absence of the state, armed self-defence groups sprang up to defend local areas and businesses. As did other new alliances, such as that in the Eastern Cape, where taxi-industry leaders and local premier Oscar Mabuyane have been in talks to protect the province from looting. In lieu of a coherent state, these new racketeering alliances could be the future of South Africa – a gangster economy integrated into what remains of the ‘real’ economy.

Sadly, even those wringing their hands over the unrest have failed to appreciate its consequences. For example, the ethnic tensions that we saw in areas of Natal between black and Asian citizens, or the xenophobia that has now gathered pace elsewhere, are a real problem that could quickly explode.

More troubling still is the general weakness of the state, and the inability of the government to rule. This creates a vacuum into which all sorts of dangerous forces could be sucked. After all, we have already seen the rise of militant Islamist forces in neighbouring Mozambique. Anarchy in South Africa may well invite these dark forces to fill the void there, too.

What’s more, instability in South Africa will not be limited to South Africa. As Africa’s hegemon, it will impact on the whole continent.

Over the coming weeks, we will see whether Ramaphosa decides to act as a president of South Africa or of the ANC. A lot depends on his decision.