They are destroying more than churches in Canada

The arson attacks on Catholic churches are an assault on religious freedom itself. 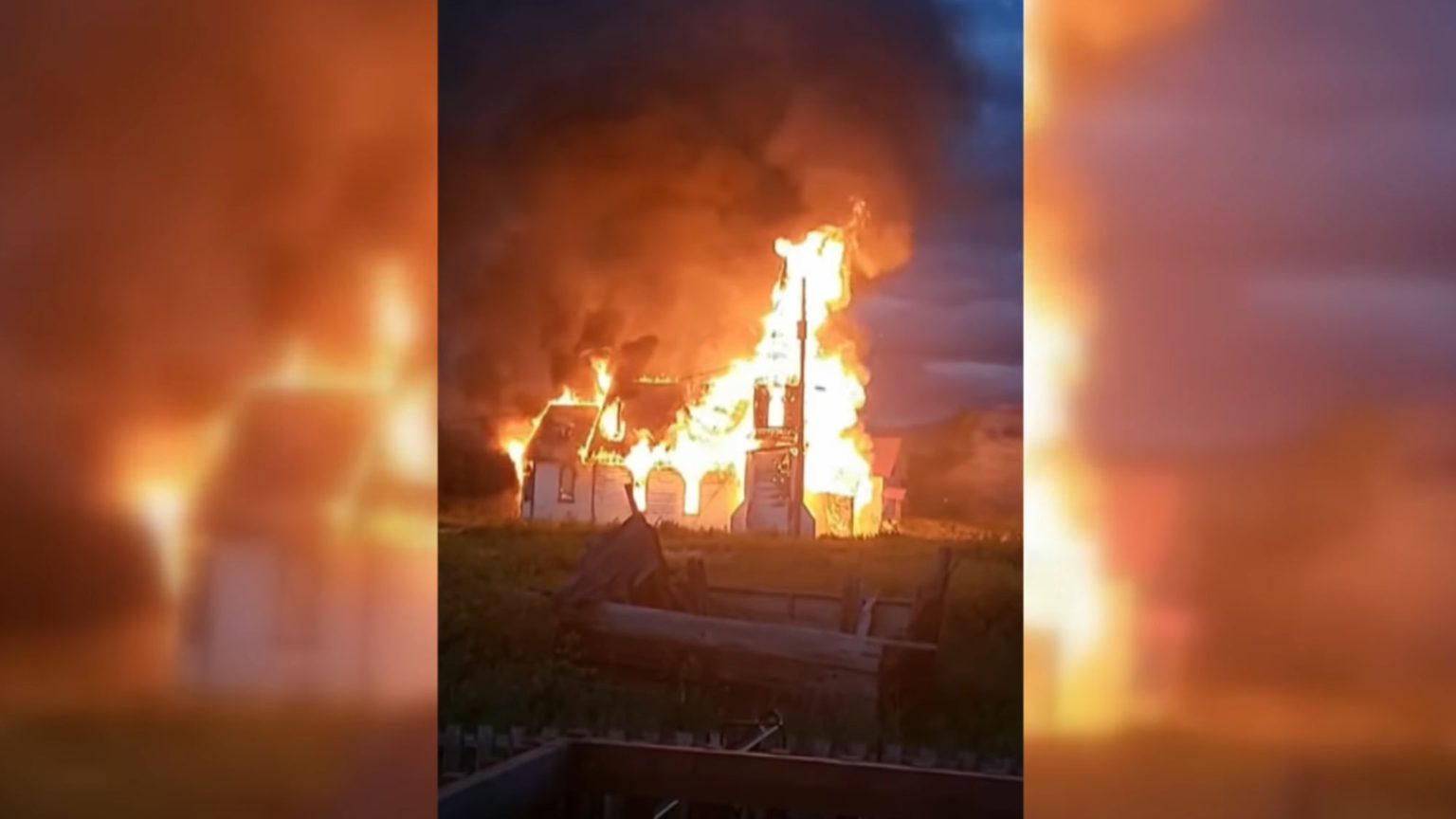 Over the past few years, the toppling of statues commemorating controversial historical figures has become an all too common sight throughout the West.

However, in Canada, this politically motivated vandalism has turned into something much more sinister in recent days, as several Catholic churches in multiple provinces have been desecrated and burned down.

The church burnings are being seen as retaliation against the Catholic Church for the integral role it played in Canada’s residential school system. This system, which was responsible for the abduction and forced assimilation of indigenous children during the 19th and 20th centuries, is now at the centre of a fierce public debate about the mistreatment of First Nations peoples, after the discovery of over 1,000 unmarked children’s graves on the schools’ former grounds.

Some have responded to the discovery by attacking monuments to those they associate with these colonial crimes, from Queen Victoria to Queen Elizabeth II.

Such attacks are familiar to us today. And we can criticise them for being counterproductive, and for failing to accomplish any meaningful progress for Canada’s indigenous communities.

But the recent acts of arson seen across Canada are different. They represent an escalation on the part of social-justice activists. The vandalising of historical monuments is an attack on Canada’s past. But the burning down of Catholic churches is an attack on the present – indeed, an attack on people’s religious freedom.

The freedom to practice one’s religion is enshrined in the Canadian Charter of Rights and Freedoms. It is the first of Canadians’ ‘fundamental freedoms’, and is foundational to Canada’s multicultural, heterogeneous society. We must therefore resist any threat to it, regardless of the cause or group on behalf of which the perpetrators claim they are acting.

No doubt the arsonists would say they are acting in solidarity with indigenous Canadians. Yet indigenous leaders and residential-school survivors have publicly denounced the burnings, and are asking the arsonists to stop attacking places of worship. Perry Bellegarde, the Assembly of First Nations National Chief, said that attacking places of worship is no way to ‘build relationships and come together’.

Bellegarde and other indigenous leaders recognise that such violent attacks on a religion will do nothing to aid reconciliation or dialogue between indigenous and non-indigenous Canadians. If anything, they will merely increase intolerance and antagonism on both sides.

Thankfully, few are supporting the church burnings. But there are some. Harsha Walia, the executive director of the British Columbia Civil Liberties Association, tweeted ‘burn it all down’ in response to a news report on the torching of two churches. Gerald Butts, a former adviser to prime minister Justin Trudeau, also attempted to justify the arsons, calling them ‘understandable’. Even Trudeau himself offered only a very weak criticism, when he said the church burnings ‘are not the way to move forward as a country’.

Canadians, indigenous and non-indigenous, deserve more than just empty platitudes and milquetoast denunciations of attacks on religious freedom. Trudeau and other Canadian leaders must offer a stronger defence of Canadians’ rights and freedoms.

And if they are to prevent future attacks of this nature, they must crack down on the perpetrators of today’s church burnings. After all, the Trudeau government’s lax, half-hearted response to statue-toppling no doubt emboldened those now setting fire to places of worship

If Canada does not get serious about attacks on religious freedom, worse could still be to come.